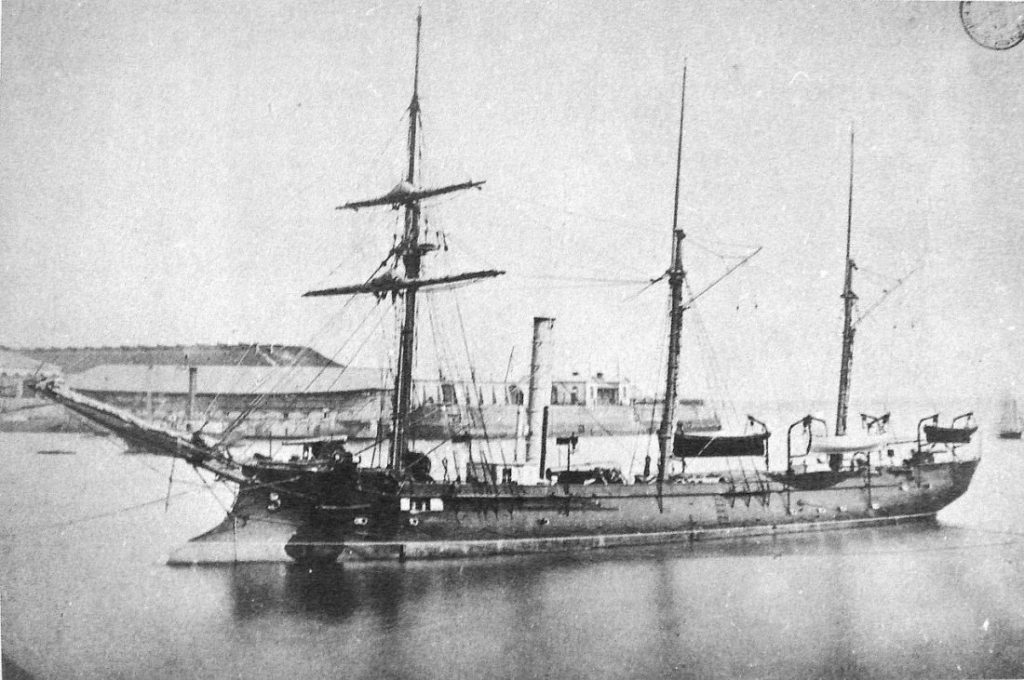 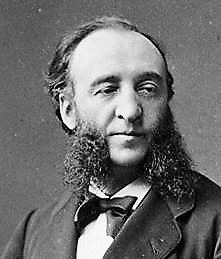 France’s crushing defeat in the Franco-Prussian War of 1870-71, and the added humiliation of the loss of the provinces of Alsace and Lorraine to the newly-proclaimed German Empire, led many French to see acquisition of overseas colonies as a way to restore national pride. A main driver of this policy was the politician Jules Ferry (1832 – 1893) who justified this, as he stated in the Chamber of Deputies in 1885, because “It is a right for the superior races, because they have a duty. They have the duty to civilize the inferior races.” The French were, of course, to consider themselves a superior race. This drive was instrumental in consolidation and extension of the French presence in Indo-China, occupations of Tunisia and Madagascar and acquisition of vast territories in West and Central Africa. This policy also led to a major war with China in the mid-1880s and was to remain a source of friction with Britain until the end of the century.

The French presence in Indo-China, which by the early 1890s extended over modern Vietnam and holding of Cambodia as a protectorate, inevitably brought about confrontation with the Kingdom of Siam – now Thailand.  In this period, Siam’s King Rama V (1853-1910) initiated a programme of reforms and modernisation which would help withstand pressure for colonisation by European powers – of which France represented the greatest threat. Up to this time Siam’s eastern and western frontiers had been poorly defined, lying as they often did, in remote and difficult terrain. In due course the frontier with the British possessions of Burma was settled amicably but the problem proved more intractable on the eastern frontier with French Indo-China.  The concern reached crisis proportions in 1893 over control of Laos – where the French already had commercial interests. The expulsion of French merchants in late 1892 – on accusations of opium smuggling – followed by a refusal to withdraw Siamese forces from east of the Mekong River, triggered indignation by pro-colonial politicians in France. As a clear statement of intent not to back down, a gunboat, the Lutin, was accordingly sent to Bangkok and moored close to the French legation. 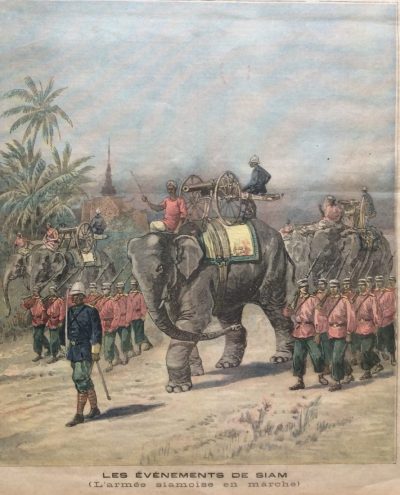 The situation escalated in April 1893 when French forces advanced into disputed territory in Laos. Many of the Siamese forces withdrew ahead of them, though some resisted. The occupation was generally peaceful until a French police inspector and seventeen Vietnamese militia men were killed in a Siamese attack on a village on 5th June, an attack allegedly approved of by the Siamese government. This provided the pretext for yet stronger French intervention and a demand for reparations. 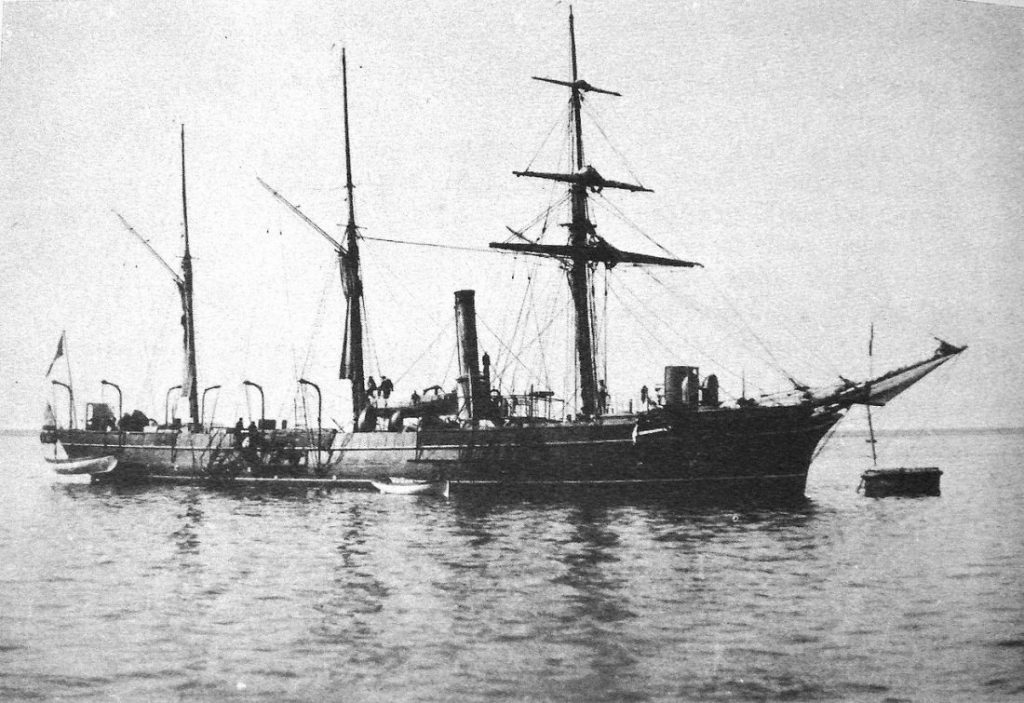 What followed was a text-book example of “Gunboat Diplomacy”, a demonstration of how naval power – even in the form of small, unarmoured units – could be decisive in forcing resolution of disputes. Two small French warships – the sloop (aviso) Inconstant and the gunboat Comete requested permission to cross the bar into the Chao Phraya, the river on which Bangkok stands. Neither was powerful. The Inconstant, launched in 1886, was an 890 ton, 201-foot composite vessel (i.e. a wooden hull carried on iron frames) that carried a single 3.9-inch gun and five one-pounder Hotchkiss revolvers, five-barrelled weapons that operated on the same principle as the Gatling. The Comete was of similar vintage, also of composite build, a 490-ton, 151-foot craft with two 5.5-inch guns and three revolvers. 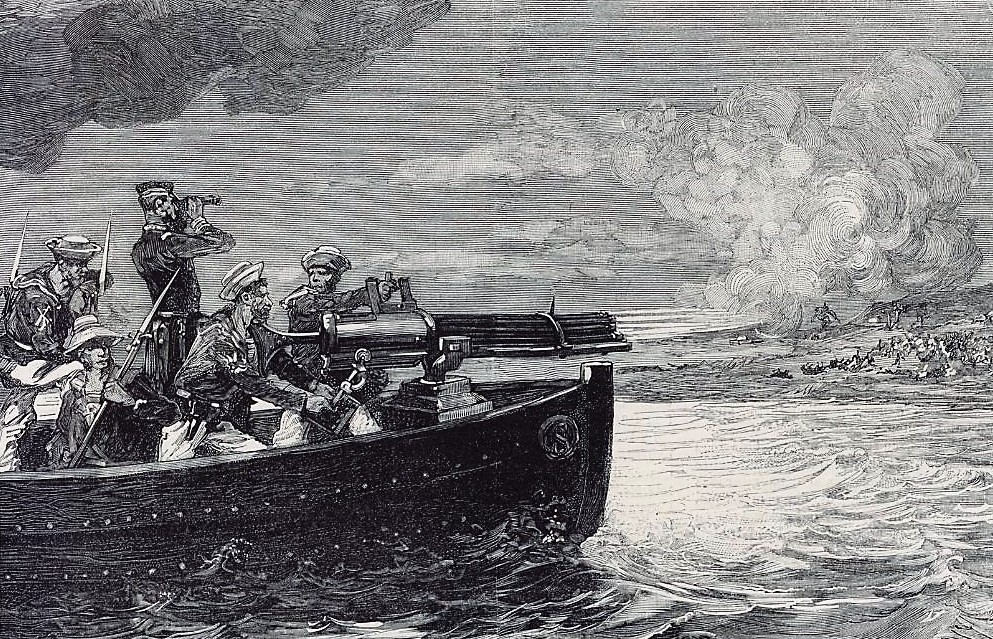 Hotchkiss revolver in use by French naval forces off Tunisia, 1881

The Siamese refused passage but the French commander, a Rear Admiral Edgar Humann, decided to press ahead anyway, in variance with his instructions by the French government not to advance against overwhelming force. The Siamese defences were indeed formidable, the river approach being dominated by the modern Chulachomklao Fort, commanded by a Dutch mercenary, and armed with seven 6-Inch Armstrong guns on disappearing mountings and the navigable channel being constricted by sunken junks. Five Siamese gunboats, commanded by a Dane in Siamese service, were moored upstream of the junks, though only two were modern and of any fighting value, and the defences were strengthened yet further by a sixteen-unit minefield. 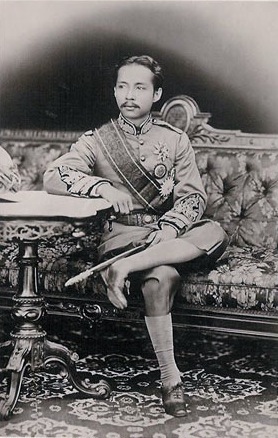 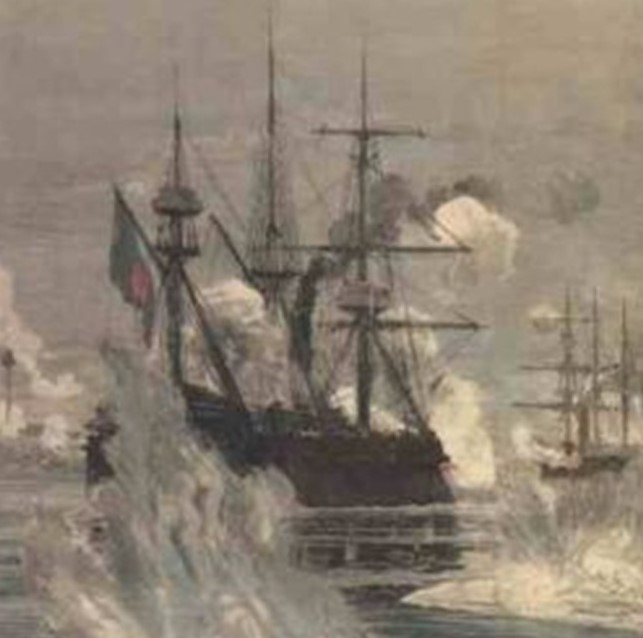 The French advance commenced at sunset on 13th July – timed, one suspects, to ensure arrival at Bangkok on the following day, the 14th, France’s national Bastille Day. Visibility was limited by heavy rain. Both French warships were under tow by the small mail steamer Jean Baptiste Say. As both Inconstant and Comete were steam driven one wonders if towing was adopted so that the Say could be sacrificed to blow a path through the minefield. The rain ceased as the vessels neared the fort and the Siamese fired three warning shots. The French forged on regardless. The fort opened fire in earnest and the Siamese gunboats followed suit. Darkness was falling by now and Inconstant returned fired on the fort while the Comete engaged the gunboats. A small Siamese boat filled with explosives was sent out to ram one of the French ships, but it missed its target.  It should have been no contest – the six-inch Armstrongs in the Siamese forts had the capability to tear the French vessels apart while the French armament had no hope of inflicting any injury on the masonry fort and its disappearing gun-mountings.

French daring paid off however – one is reminded of Farragut in somewhat similar circumstances at Mobile bay. Determination was rewarded as the French vessels smashed through the Siamese line, ramming and sinking one gunboat in the process and damaging another by gunfire. The Jean Baptiste Say was however hit and was forced to cast off its tow before grounding on a nearby island. The minefield appears to have proved ineffective and both Inconstant and Comete drove on upriver to Bangkok and trained their guns on the Royal Palace as a powerful inducement to reach an agreement. The French had suffered three dead and two wounded, the Siamese many more.

There was however a violent postscript. The grounded Jean Baptiste Say was captured by the Siamese and her crew was taken prisoner. On July 15th another French gunboat, the Forfait, sent a boarding party to recapture the vessel but it was repulsed. This represented the end of active hostilities. With Bangkok essentially blockaded by French forces, as far as maritime trade was concerned, and as French vessels lay off the heart of Bangkok, there was every reason for the Siamese to negotiate. A treaty, highly favourable to the French, and consigning control of Laos to them, was signed three months later. Jules Ferry would have been pleased, though he did not live to see it – he had died on 17th March that year, following an assassination attempt.

There have been few more effective – and cost-effective – examples of gunboat diplomacy. 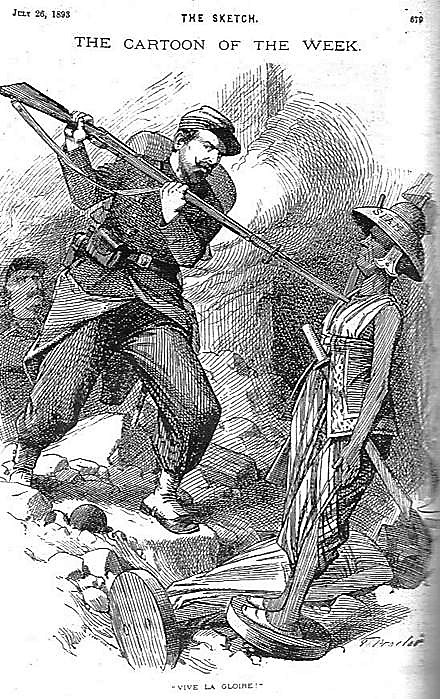 No glory in Britain's opinion:
France attacking a weak opponent