Skip to content
July 1917: A month of carnage at sea 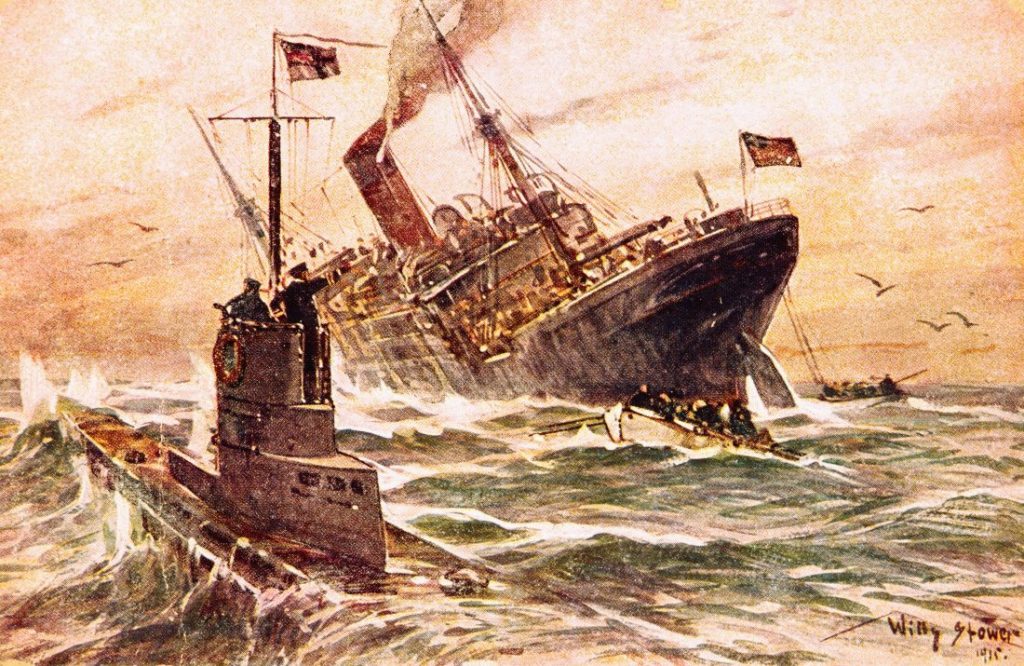 In July 1917, Germany’s unrestricted submarine warfare campaign was entering its sixth month. U-boat attacks on Allied naval and civilian shipping, with the occasional, often accidental, sinking of neutral vessels, had been a feature of war at sea since the opening of hostilities in August 1914 and the waters around the British Isles were declared a war zone by Germany. Neutral shipping was “advised” that it would be at risk in this zone.  Care was indeed taken to avoid endangering such craft following outrage over losses of American lives in the sinking of the liner Lusitania in 1915, which had threatened to draw the United States in the war, and the U-boat offensive was scaled back. 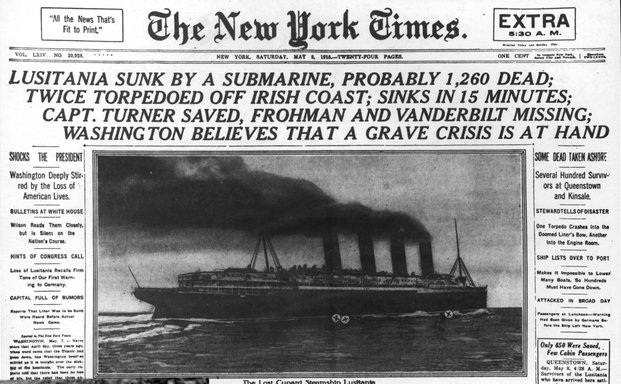 By late 1916 however, with no prospect of an early ending of the conflict, Germany identified “unrestricted” attacks on all shipping, whether Allied or Neutral, in expanded war zones, as the most effective way of knocking Britain out of the war by starving her of food and other supplies. The possibility that this would draw in the United States was recognised but the risk was accepted on the basis that Britain would have been brought to its knees before the Americans could enter the fray effectively. The maps below illustrate the war zones as identified by Germany in 1915 and in 1917, the latter representing an enormous expansion. 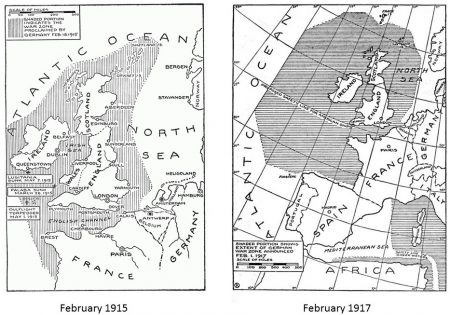 Unrestricted operations commenced on February 1st 1917 and the results were spectacular – almost 390,000 tons of Allied and Neutral shipping sunk that month, rising to some 880,000 tons in April, the month in which the United States, its patience at an end, declared war on Germany.  Though some 525,000 tons of this April-total were British, much of the remainder was from neutral countries such as the Scandinavian nations.

By July 1917, convoys, the most effective countermeasure then available to the Allies, were being put in place but it would be several months before the system was fully operational. It should be borne in mind that effective detection systems were in their early and largely ineffective stages and that air-patrols, which were to prove a decisive anti-submarine measure in WW2, were still confined to costal waters. Large numbers of civilian merchantmen were still sailing independently and fishing boats were of necessity vulnerable due to their way of working.

It is instructive therefore to look at Allied and Neutral shipping losses in July 1917 – by no means the worst month. A total of 300 ships were sunk (exact figure a few less or more, depending on classification), totalling 558,000 tons and these ranged from substantial cargo steamers to small fishing craft. There is something pathetic about the loss of small fishing drifters such as the British General Buller sunk on July 2nd or the neutral Dutch fishing boat Dirk on July 27th. Many of the losses were sailing craft, such as the neutral Danish schooner Emanuel, sunk west of the Orkneys on July 14th, or the British brig Ebenezer, sunk the following day. Though the popular image of such warfare is of sinking by torpedoes, these weapons were reserved only for the largest targets. Submarine-laid mines accounted for large numbers of victims while others were sunk by shellfire by surfaced U-boats, or scuttled with explosive charges by German seamen once the vessels’ crews had taken to their lifeboats.

What is particularly notable is that, though there were few major Allied naval losses, small escort craft, often converted from fishing craft for naval use, suffered badly. Even more notable is that during this July 1917 the Germans lost only six U-boats out of over 120 in service (though not all could be at sea at any one time). One of the six lost, U61, suffered the inglorious fate of running aground on the French coast, near Calais, and her crew being captured by Belgian cavalry. 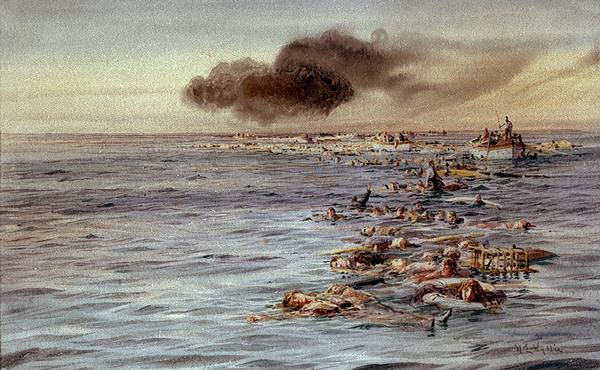 U-boats were however to play no part in the disaster that occurred on July 9th when the battleship HMS Vanguard blew up at the fleet anchorage at Scapa Flow, resulting in Britain’s heaviest non-combat naval loss of life in WW1.  This handsome 19,700-ton, 536-ft early dreadnought was only nine years old, but had been overtaken in size and firepower by the latest battleships – the superb Queen Elizabeth class, firing eight 15” guns on the broadside, as compared with Vanguard’s eight 12” (turret disposition made it impossible for Vanguard to fire on the broadside all ten 12” she carried). Vanguard remained a powerful ship however, and had been in the line at the Battle of Jutland, firing eighty 12” shells and taking no hits during the action. 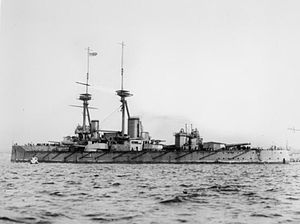 The death toll was 843, and there were only three survivors, one of whom died subsequently. Among the dead was Captain Kyōsuke Eto, a Japanese naval officer attached as an observer to the Royal Navy. (Japan was allied with Britain and in this period Japanese destroyers were operating in the Mediterranean and based at Malta). Eto had survived the Battle of Tsushima in 1905, when the Japanese Navy had inflicted a crushing defeat on the Russians, during which he had commanded the aft gun turret of the armoured cruiser Azuma. 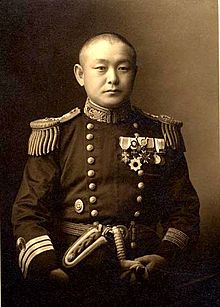 Later in July 1917, on the 26th, the Royal Navy lost another large warship, although on this case with the loss of “only” 38 lives. This was the 11,000-ton, 435-ft protected cruiser, HMS Ariadne. Entering service in 1902, she was a member of the eight-ship Niobe class, which might be fairly described as some of the most useless ships ever taken into service.  “Protected” meant that the engines and boilers were sheltered beneath a domed armoured-deck, but the remainder of the hull and upperworks were unprotected. Despite their enormous size, their main armament consisted of 6” weapons only, sixteen in total, a pair side by side in open-backed shields fore and aft, and the remainder mounted in casemates set into the sides of the hull. The foremost and aftmost casemates were two-storied. The problems that muzzle-blast might cause for the weapons mounted directly above or below seem to have been ignored but in practice it hardly mattered snice the guns on the lower level were impossible to operate in anything but the calmest conditions. 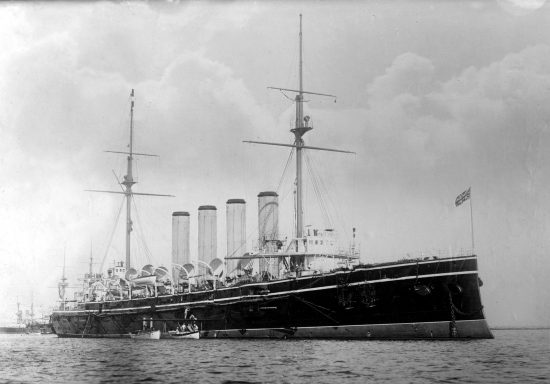 Originally intended for running down and destroying enemy commerce-raiding cruisers, their weaknesses were recognised soon after entering service (why not at the design stage?) and they were seldom in commission after 1906, not least perhaps because of their enormous manpower demands – a crew of 677 being required. Still relatively new ships, several had been reduced to use as depots when war broke out in 1914. They were brought into limited patrol service and Ariadne and her sister Amphitrite were converted into minelayers. It was while serving in this role that Ariadne was torpedoed in the English Channel, close inshore, by the German UC-65.  One of the most successful submarines ever, this small 500-ton single-shaft craft, designed to carry mines as well as torpedoes, was to sink no less than 105 ships before she herself was torpedoed by the British submarine C15 in November 1917.

July 1917 had been a month of carnage at sea. Losses to U-boats were to be somewhat lower in the months that followed but total for the entire year was to amount to 6.24 million tons. 1917 was to be the peak of U-boat success, and in the final year of the war, as the convoy system gained effectiveness, losses were to be reduced to 2.6 million tons. In the course of the entire war almost 5,000 merchant ships were lost at the cost of the lives of some 15,000 Allied and Neutral seamen. Even today, the numbers horrify. 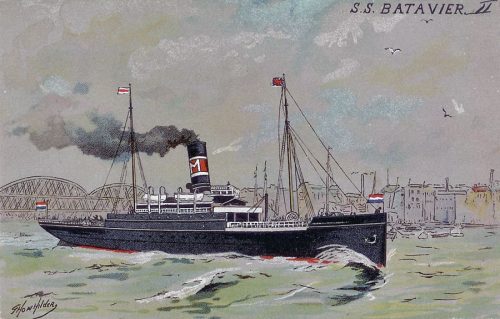 SS Batiaver II – as seen in a pre-war postcard

One final July 1917 sinking due to submarine action was a most unusual one. The Batavier II was one of a number of Dutch packet boats that maintained a passenger and mail service between London and the port of Rotterdam in the years before the war. Of 1300 tons and 260 feet long, the Batavier II had been in service since 1897 and the 320 passengers she carried must have been subjected to significant overcrowding. Since the Netherlands remained neutral throughout the war, and flying the Dutch flag to demonstrate her neutrality, the Batavier II maintained the service. In September 1916 however the vessel was stopped by a German U-boat, UB-6, and taken as a prize into the German base at Zeebrugge on the Belgian coast. Civilian passengers were released and a cargo of food was confiscated. The exact justification for the seizure and violation of neutrality is not clear but the ship was returned by Germany to Dutch control. 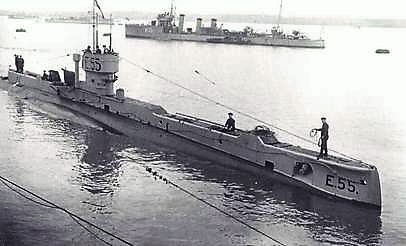 On July 27th 1917 she was sailing under Dutch colours when she was attacked by gunfire by the British submarine E55 while just outside territorial waters. Damaged, and taking on water, the Batavier II headed for the coast but the E55 put a prize crew on board, with the intention of taking her back to Britain. A Dutch torpedo boat now arrived and protested about violation of neutrality – the incident had the makings of an acrimonious diplomatic dispute. Cool heads prevailed however. The E55 took back her prize crew, leaving the Batavier II to head for shore. She never made it, sinking close to the island of Texel.

There is one ironic twist in the tragic-comic story of the Batavier II. Even before she herself was lost the German U-boat which had originally captured her, the UB-6, herself ran ashore in Dutch territorial waters in March 1917 due to a navigational error. Her crew were interned in the Netherlands for the rest of the war – a fate which, in retrospect, may well have saved their lives.

The eight books of the Dawlish Chronicles series published so far are set in the 1860s to the 1880s. These were the decades of massive technological change and of  bitter conflicts on the margins of empire.

Registering for the Dawlish Chronicles mailing list, by clicking  on any of the cover images  below, will keep you updated on new books. You will also receive six free short stories for downloading on your Kindle, computer or tablet.