Some time ago I stumbled on German publication of 1902 entitled “Germany’s Honour on the World’s Oceans” (Deutschlands Ehr im Weltenmeer) by a Vice-Admiral von Werner. The sub-title is “The development of the German Navy and sketches of life on board.” The illustrations, not less than the text, are fascinating and they’re worth recording below. 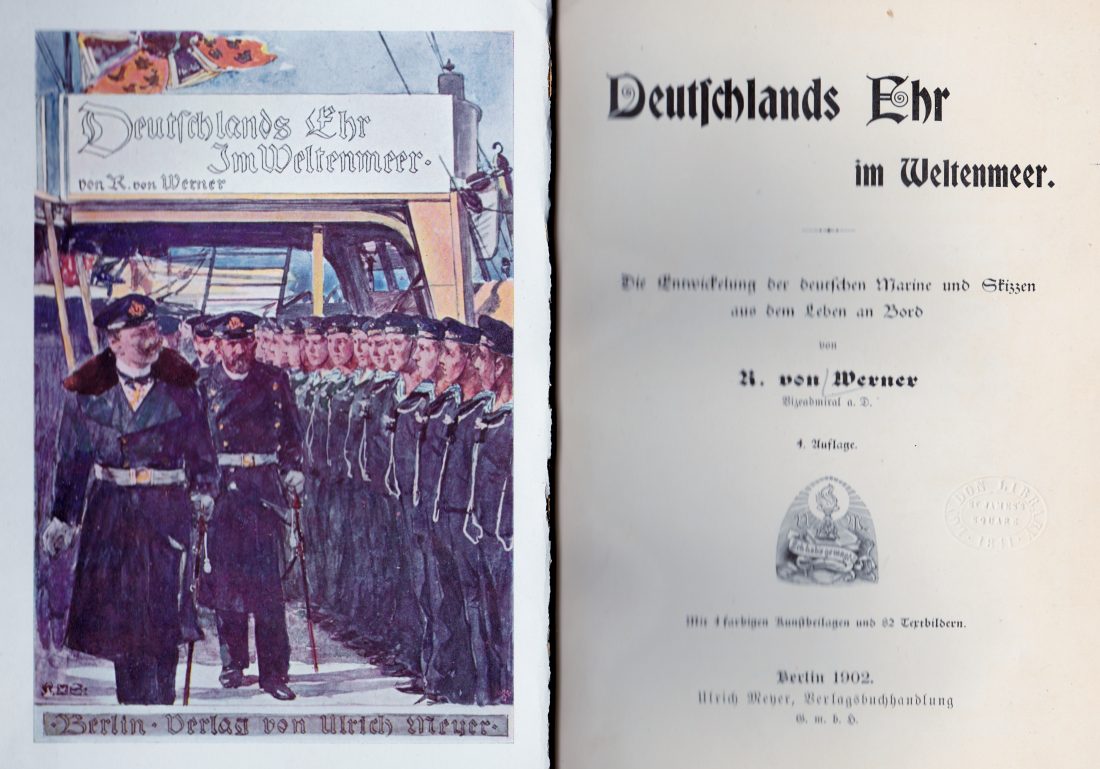 The timing of the book is significant – the German Navy was just starting the expansion which in just over a decade was to bring it from second-class status to the second most powerful one in the world. Enthusiasm for the Navy and naval affairs was high and was fostered by the government, Kaiser Wilhelm II seeing naval strength as essential for his personal prestige no less than for the nation. This is reflected in the book’s frontispiece – see above – in which the ridiculously mustachioed kaiser is seen inspecting naval personnel. Prior to this time the German Empire, building on traditions of the Prussian military, and its crushing defeat of France in 1870, had been primarily a land power with only a limited naval tradition. This was to change and the book seems to be part of the shift in cultural mindset. It is notable that it is printed in German Gothic font which is quite difficult to read at first (I hadn’t read in it for almost 50 years!), but which one gets quickly used to. 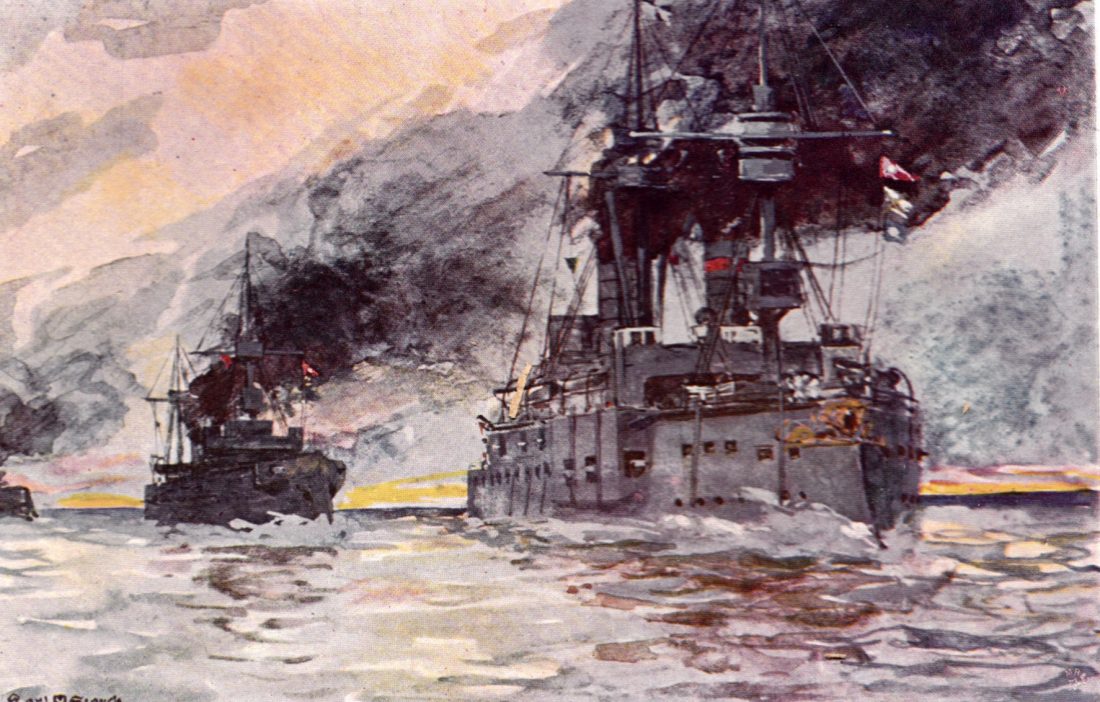 Much of book’s focus is on presenting life in the navy as attractive for young men either as officers or seamen. The text is illustrated not just by photographs of ships, but with drawings – many not just idealised, but indeed sentimentalised – of life on board. There are some very attractive stylised capital letters at the start of each chapter, all incorporating a sketch. I have scanned many of the illustrations and have included them below. They tell as much about aspiration as about reality and as such give a unique insight to the thinking of the time. 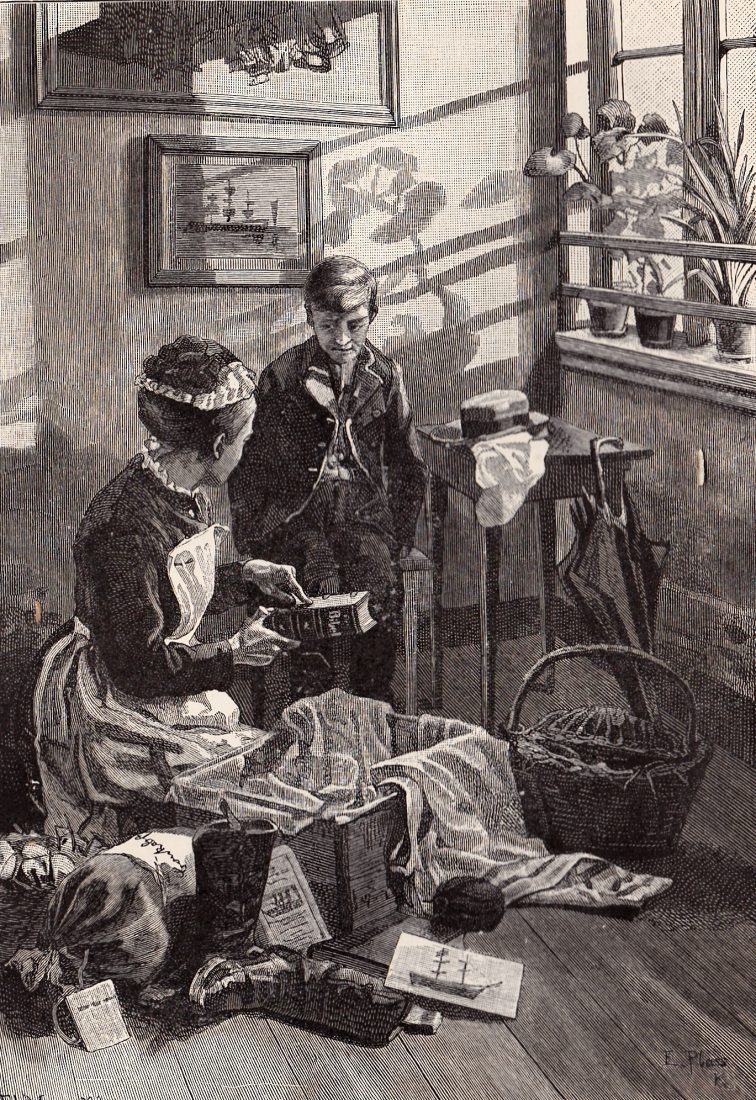 A first step towards a naval career – a worried cadet, aged about 13, prepares to
leave home. Interesting that it is a maid, rather than a family member, who helps him pack 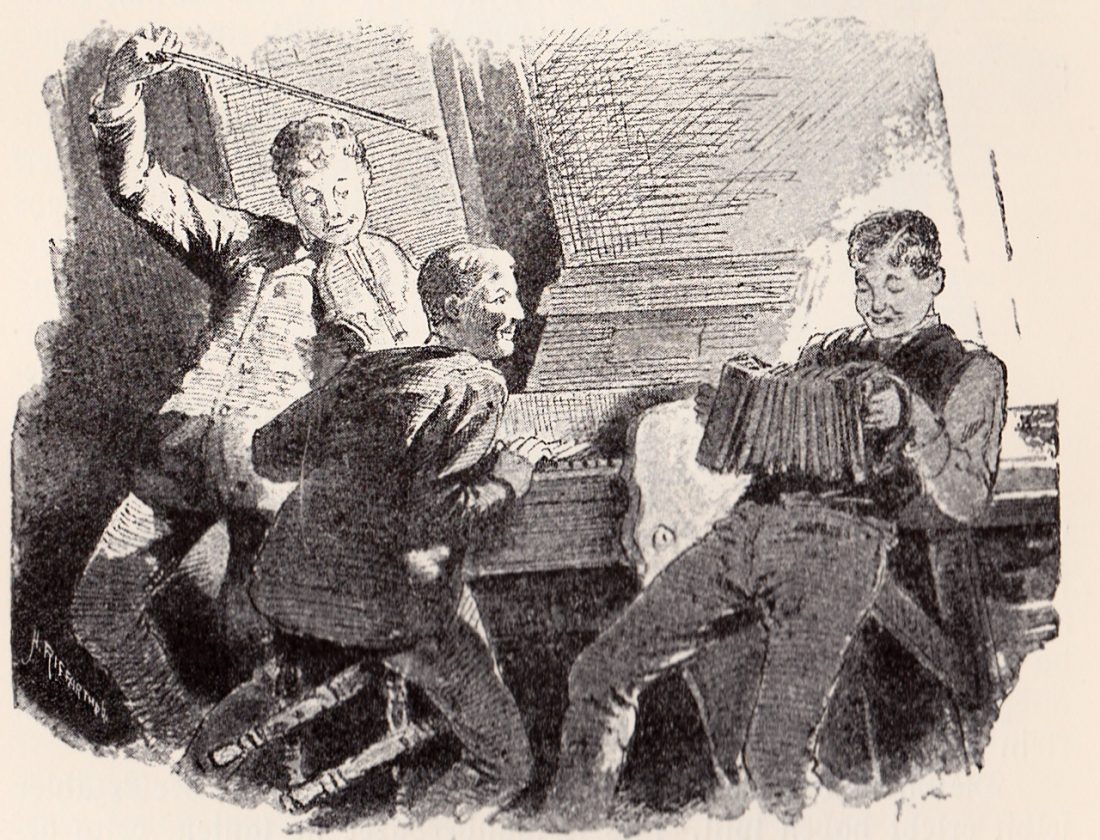 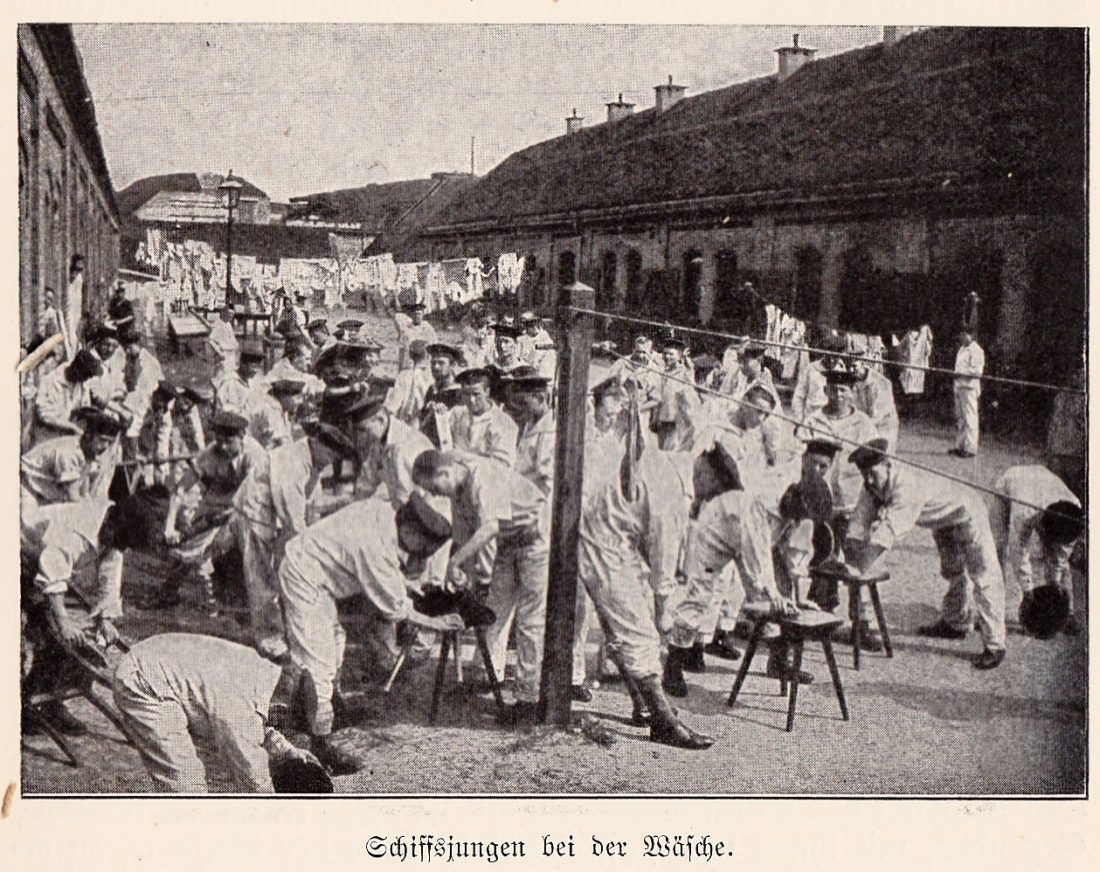 Boy recruits for the lower deck – scrubbing, but not too clear what! Clothing or stools?

A nap on deck for an exhausted recruit- hard to imagine this lasting for long!
Note blackened soles of feet! 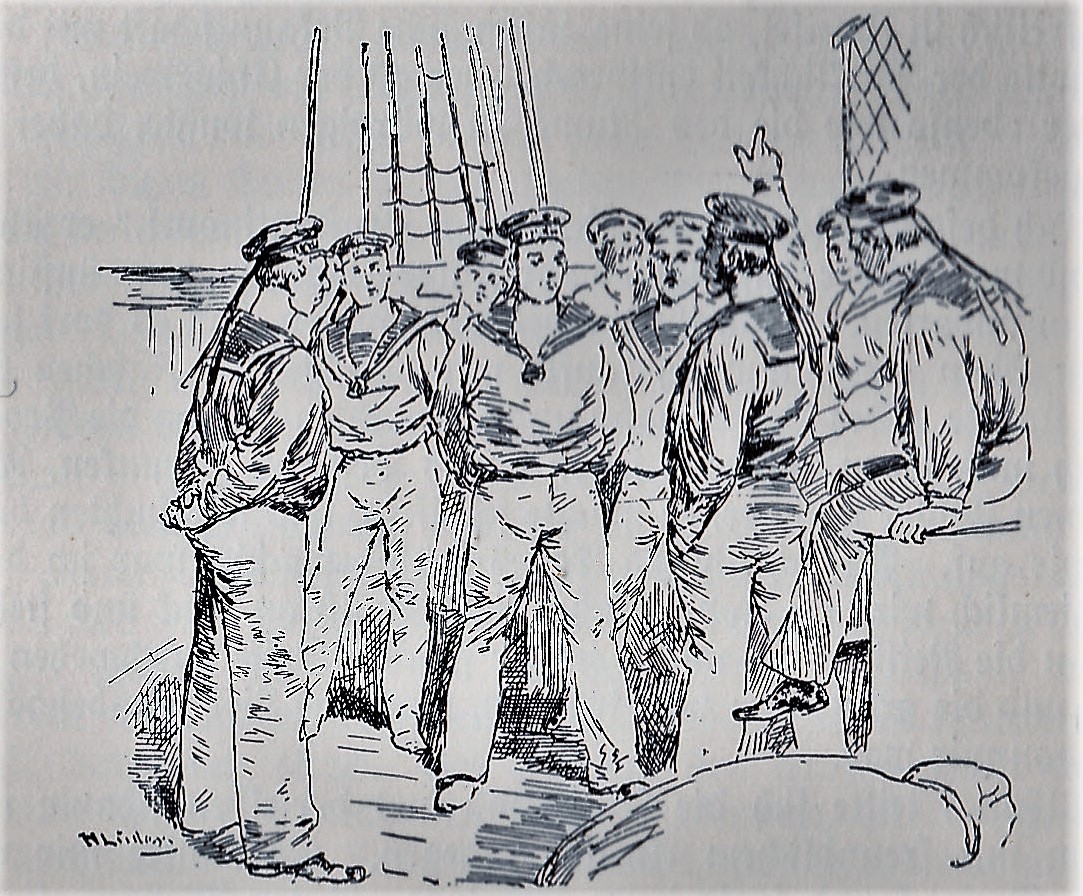 Instruction by an older seaman 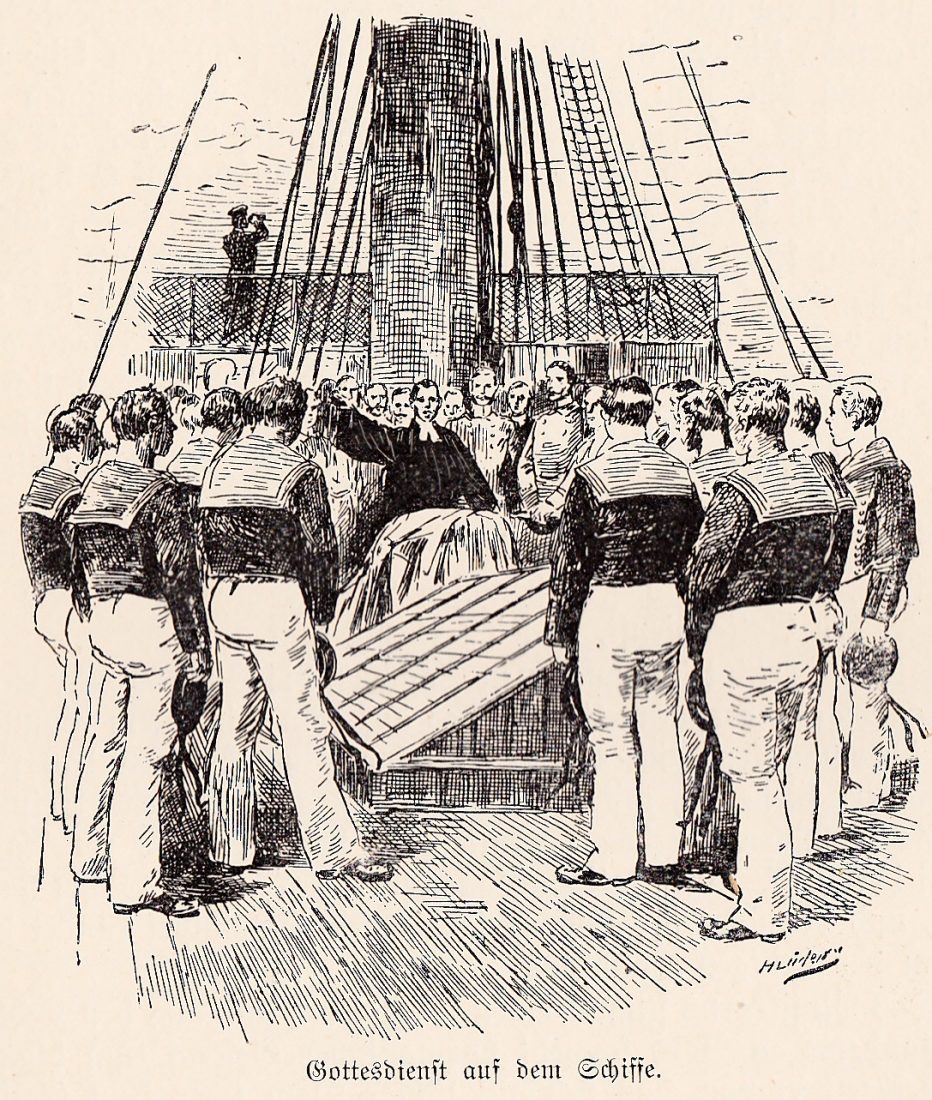 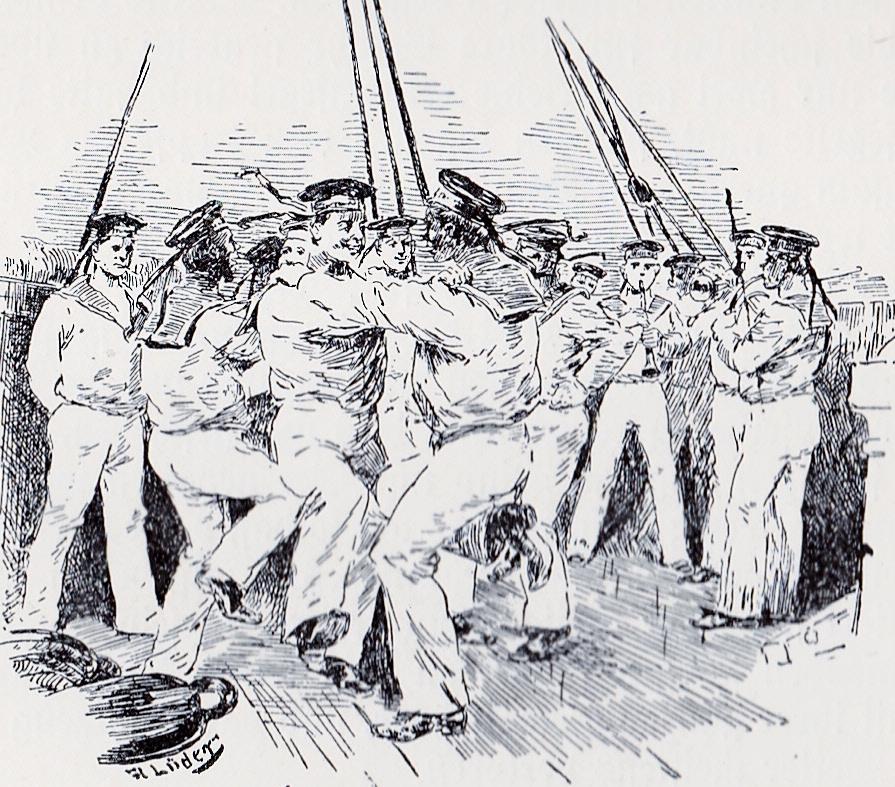 Young sailors dancing hornpipes – not sure if doing so voluntarily or under orders! 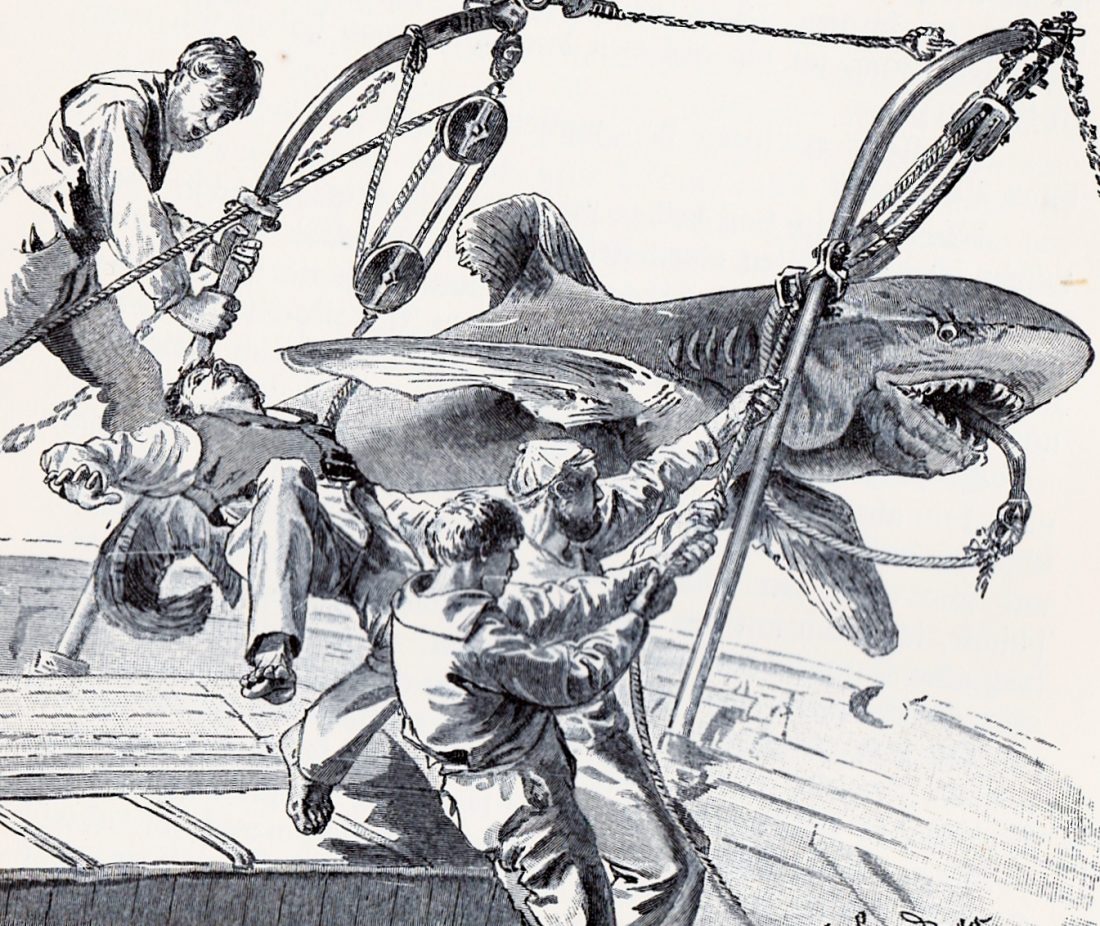 Catching a shark – presumably not an everyday occurrence! 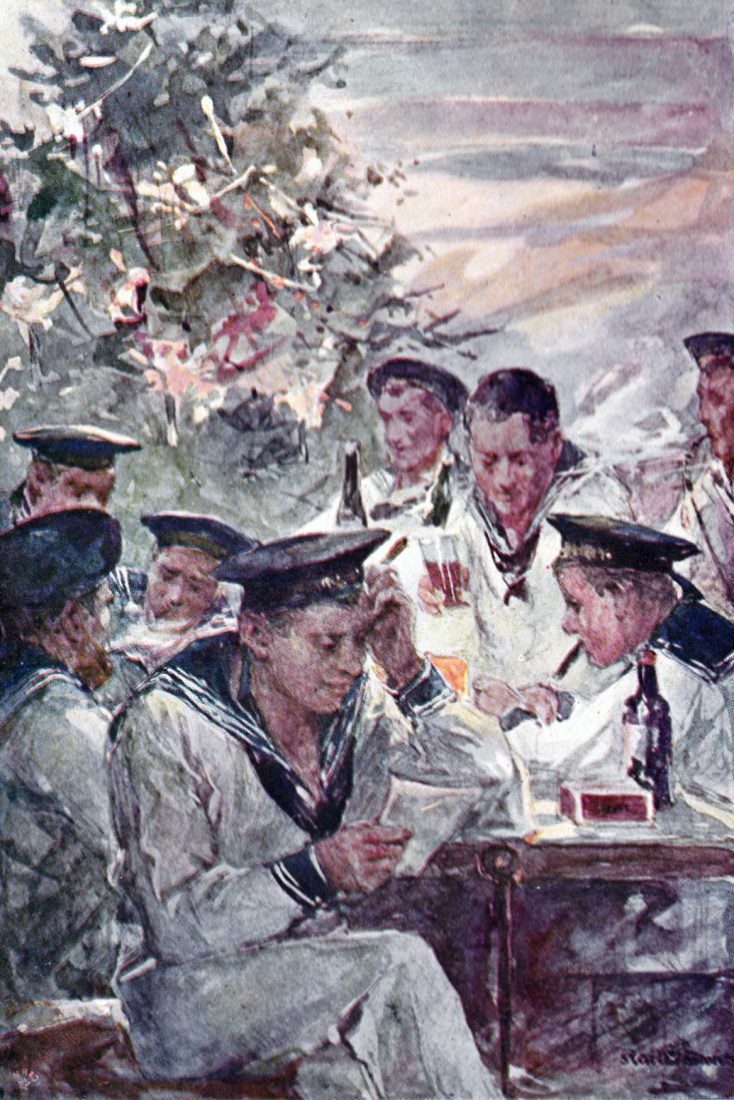 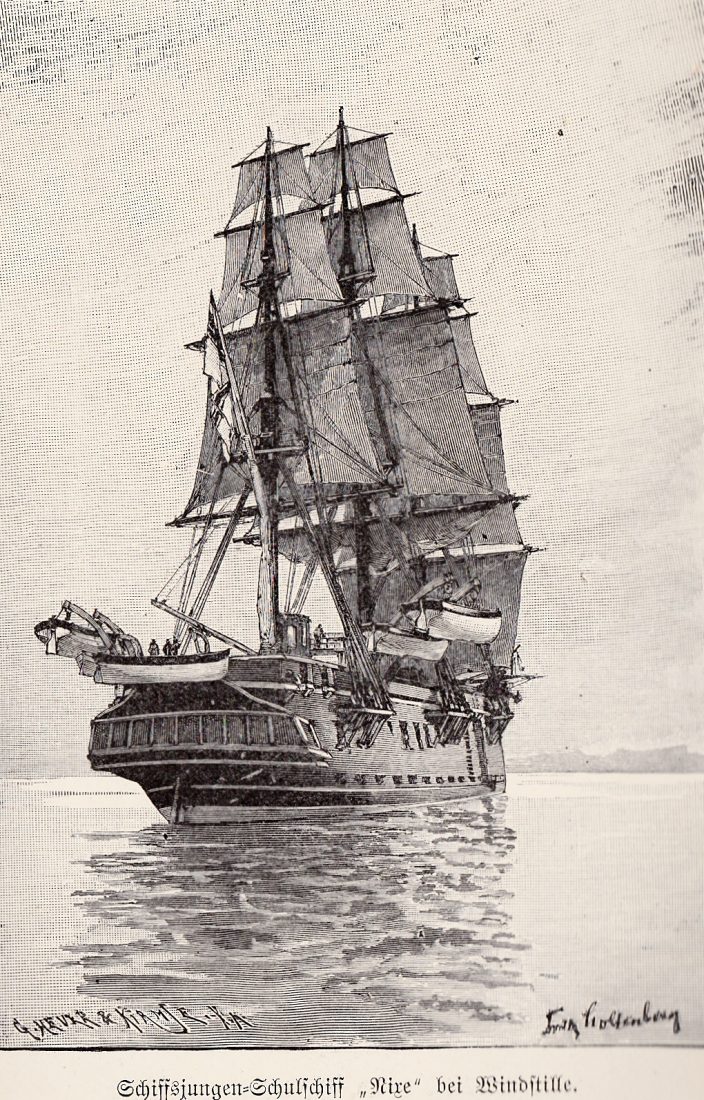 The training ship SMS Nixe of 1883 was described in “Conway’s All the World’s Fighting Ships 1860-1905” as “a hopeless anachronism, with her full rig and wood and copper-sheathed bottom, but useful as a school ship, though a bad seaboat and awkward under sail” She served in this capacity to 1901. 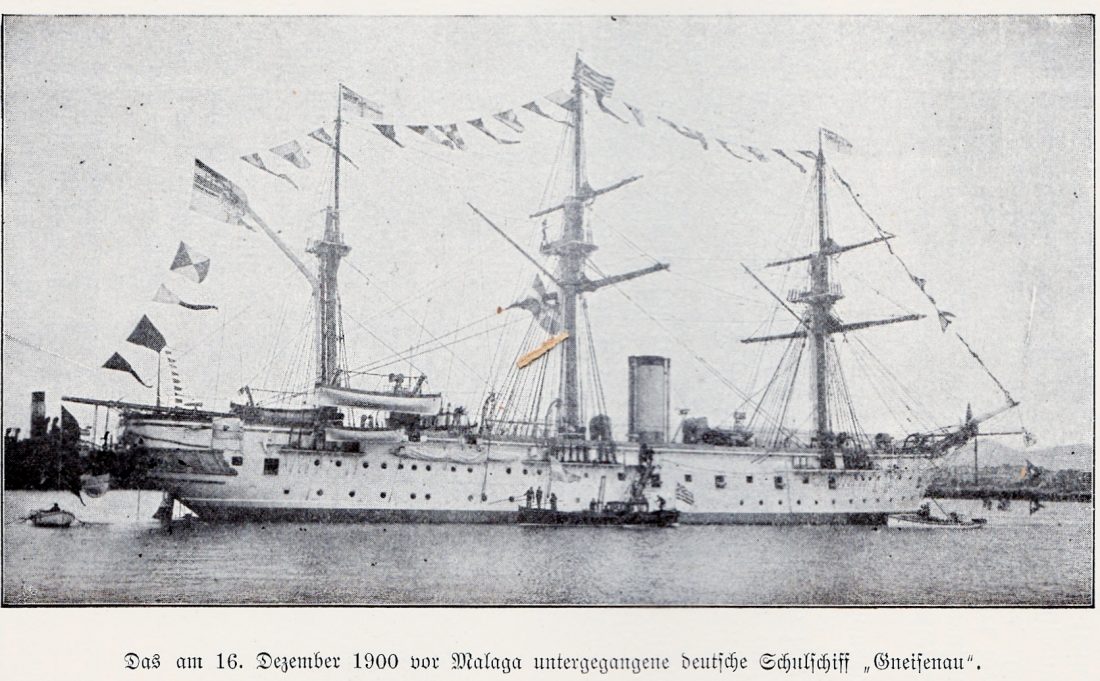 Training ship SMS Gneisenau (of Bismarck class of iron flush-decked corvettes), commissioned 1880 but wrecked in Malaga harbour, Spain, during a storm in 1900. The captain and forty others died.

There is a terrible poignancy in these images. The young men shown would have been middle-ranking officers or NCOs by outbreak of war in 1914. Superb professionals by that time, they would have seen action in surface forces or in submarines. Many would not survive, even though they might otherwise have reasonably expected live on into the 1960s, could perhaps have watched the moon-landing on television with their grandchildren. Their futures were denied them through the stupidity and arrogance of lesser men. Kaiser Wilhelm and his counterparts in other European nations carried a heavy burden of guilt to their graves.

The Imperial German Navy made its appearance – a splendid one, efficient and professional – on the world’s oceans in the early 1880s. This provides part of the background to: 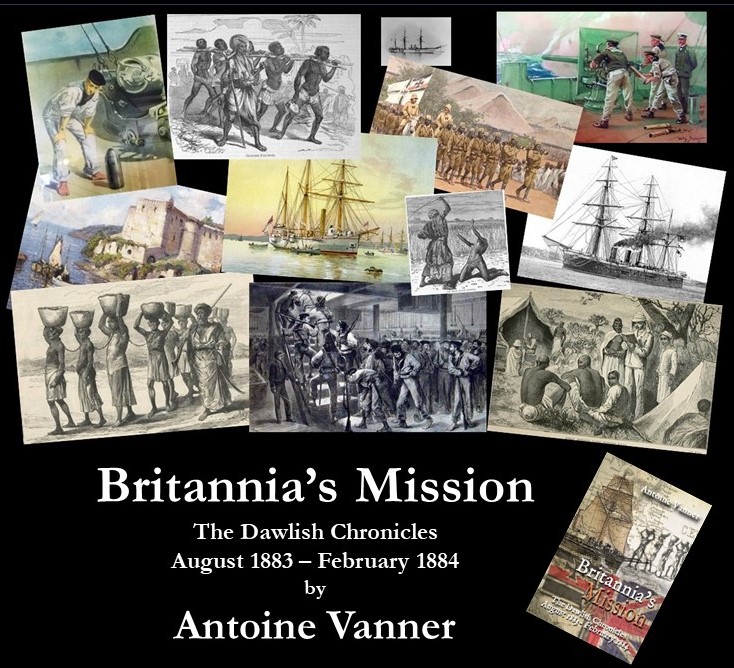 Available in Paperback or Kindle, and if you’re a Kindle Prime or Kindle Unlimited subscriber, you can read at no extra charge.Click here, or on the images directly above to learn more about it.

Here’s an extract from a 5* Amazon review:

“I love Vanner’s attention to historical detail, both in the settings in which he places his stories, and in the technologies of the day. Without getting too geeky, he lets the reader see and understand the weapons, the ships, the technologies which were so much a part of the age, as our technologies are now. Whereas you might say that the great age of fighting sail was in some ways simply the continuation and culmination of a thousand years of continuous history and development, the birth of fighting steam was in many ways wholly new. New men with new training and new vision replaced the old in a mere generation’s time. And Vanner sets his stories right in the heart of this amazing, innovative period. Lots of fun, action, intrigue, and heroism, and steam engines and iron hulls to boot!”

The Dawlish Chronicles – now up to eight volumes, and counting…