“Cutting out” operations were the SEAL or SBS-type operations of the Napoleonic era. Small boats carrying large numbers of armed seamen attempted to capture enemy ships which had gained the shelter of a harbour of guarded anchorage and they became somewhat of a Royal Navy specialty. Such exploits often feature in naval fiction but the reality was often more daring, and more unlikely, than any novelist might dream up. One spectacular example of such an action – the attack on the American privateer General Armstrong, occurred during the War of 1812 between Britain and the United States. What made it unusual was that it happened in a neutral port.

Until the practice was outlawed by the internationally accepted Paris Declaration on Maritime Law of 1856, “privateering” represented a valuable adjunct to official naval forces. It allowed governments during wartime to licence private persons or syndicates by ”letters of marque” to commission vessels to attack foreign shipping. Privateers not only supplemented government naval forces but they did so “on the cheap” since they operated on a “payment by results” basis through winning of prizes. Though often operating in a shadowy area between strict privateering and informal piracy, the crews involved had the benefit of being treated as prisoners of war if captured. The system was of especial value to the United States during the War of 1812 since the official navy, though potent on an individual ship basis, was vastly outnumbered by the Britain’s Royal Navy. 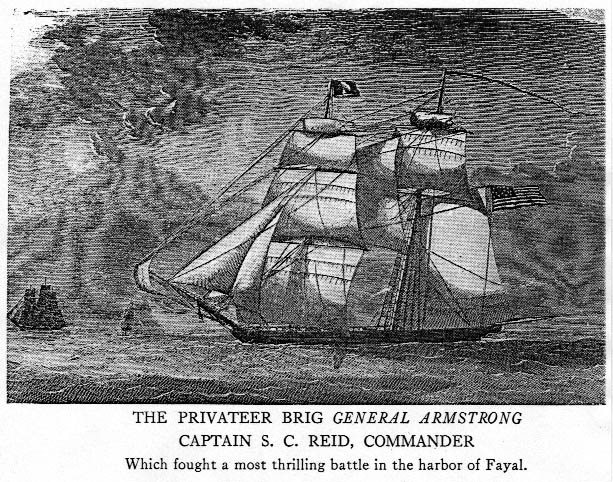 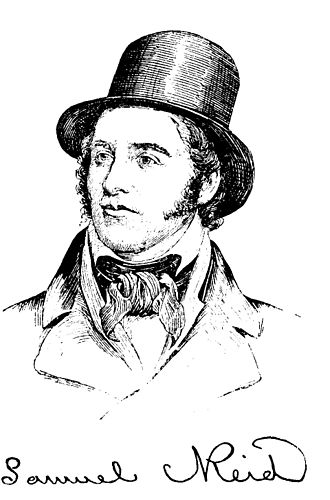 During this conflict one of the most formidable American privateers was the large brig General Armstrong, armed with eight nine-pounders. Crewed by some 90 men under Captain Samuel Chester Reid (1783-1861), shown on the right, she was to operate successfully and capture prizes in the North Atlantic and off the coast of South America for two years. On September 26th 1814 however, at Fayal, in the Portuguese-held Azores, her luck was to run out. This was a neutral harbour and thus offered protection against British attack to any American ship anchored there. The American consul had come aboard the Armstrong in late afternoon and he assured Captain Reid that no British vessels had been seen in the area recently.  As he did, a large British brig, the 18-gun HMS Carnation, rounded the northern point of the anchorage. She moored within pistol-shot of the General Armstrong.

The Carnation was very powerful for her size. She was of the Cruizer-class, brig-sloops which carried the fearsome armament of sixteen 32-pounder carronades and two 6-pounder bow chasers. Though the carronades were short-range weapons (click here to read more about them) their presence gave these two-masted brigs a broadside heavier than a standard 36-gun, 18-pounder frigate, yet doing so with a crew only a third the size of that of the larger vessel. The General Armstrong would therefore be massively outgunned should it come to a ship-to-ship duel. 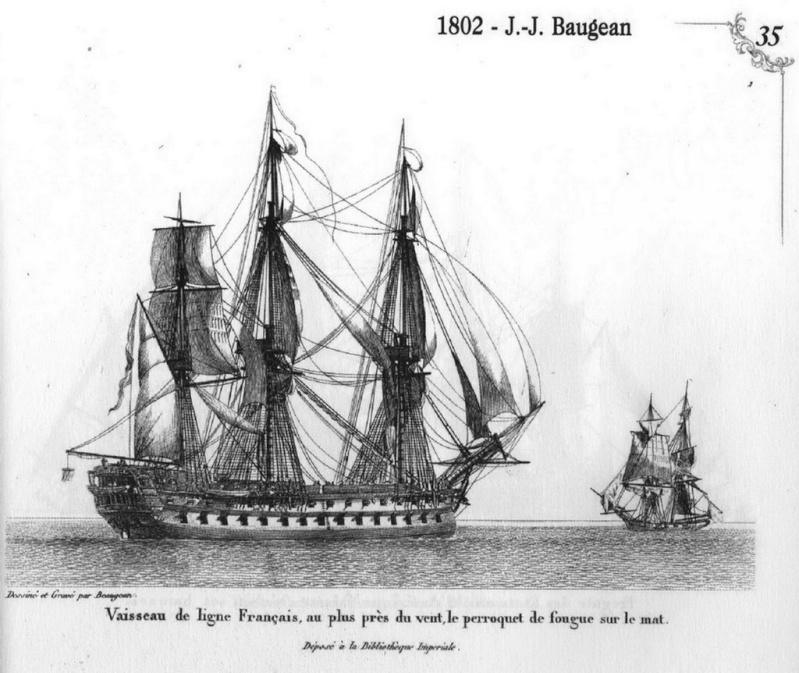 A French “74” – HMS Plantagenet would have looked generally similar.

Though Captain Reid considered cutting his cable and making a run for it, he was assured by the American consul that Portuguese neutrality would guarantee his ship’s safety. His apprehension must however have increased yet further when two more Royal Navy ships arrived, the 74-gun third-rate  HMS Plantagenet and the fifth-rate frigate HMS Rota. Outgunned already, the General Armstrong was now faced with enough firepower to blast her to extinction with a single combined broadside. Boats were seen moving from the other British ships to HMS Plantagenet – a conference was obviously intended – and Reid assumed that capture of his vessel was being planned. His escape to the open sea blocked, he got out his sweeps to pull the General Armstrong further inshore. HMS Carnation immediately got under way and followed but due to light winds was unable to catch up with the privateer. 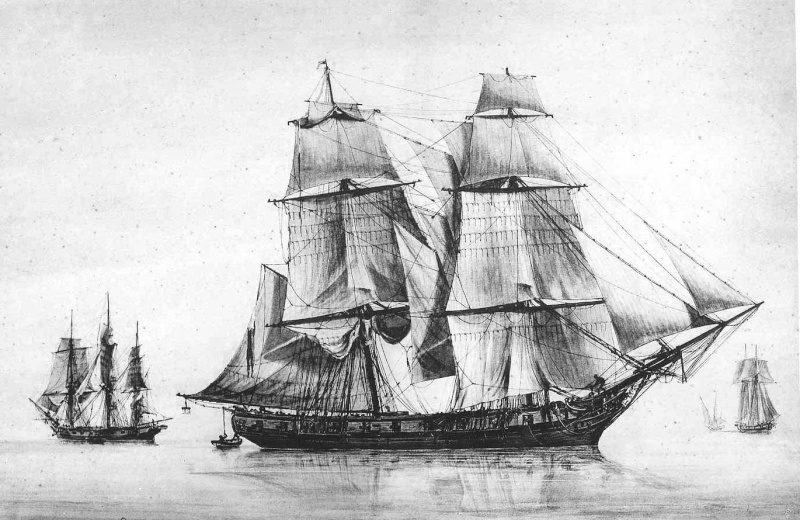 General Armstrong would have looked broadly similar to this brig-of-war.

British and American accounts were to differ as to what happened next. Reid claimed that at around 8 p.m. he perceived four boats approaching, laden with armed men. He dropped his anchor with a spring on the cable, and swung his broadside towards the boats, warning them when they came within hailing distance not to come closer. When this was ignored the General Armstrong opened fire with cannon and small arms. The British boats retaliated with the small guns they carried but they got the worst of it. Badly mauled, and with casualties, they turned away. One American had been killed and Reid’s first officer had been wounded. Reid was convinced that he had not seen the last of the British and so he brought his vessel even closer inshore, so that it was all but touching the base of the Portuguese fortifications.

The Portuguese Governor now sent a letter to Captain Robert Lloyd, the British commander, begging him to respect the neutrality of the port and abstain from further attack. The reply was that the Americans had broken the neutrality of the port by firing into a British boat without the least provocation. The original British intention had been to respect the port’s neutrality, Lloyd said, but it had now been decided to seize the privateer. It was hoped, furthermore, that the Governor would direct his shore batteries to assist, a request which was rejected.

At 9.00 p.m. – and when it was dark – eleven boats, drawn from all three Royal Navy warships, were seen converging on the General Armstrong. Between them they carried upwards of 200 men. An adverse tide prevented them coming closer until midnight and the Americans had ample time to prepare to receive them. The boats were allowed to come into pistol range before the Armstrong opened fire with roundshot and grapeshot. The British responded with the smaller guns mounted in their pulling boats but they took casualties as they rushed forward to board the General Armstrong at several locations. The privateer was moored so close inshore that the attacking boats had not room to board on the inside. 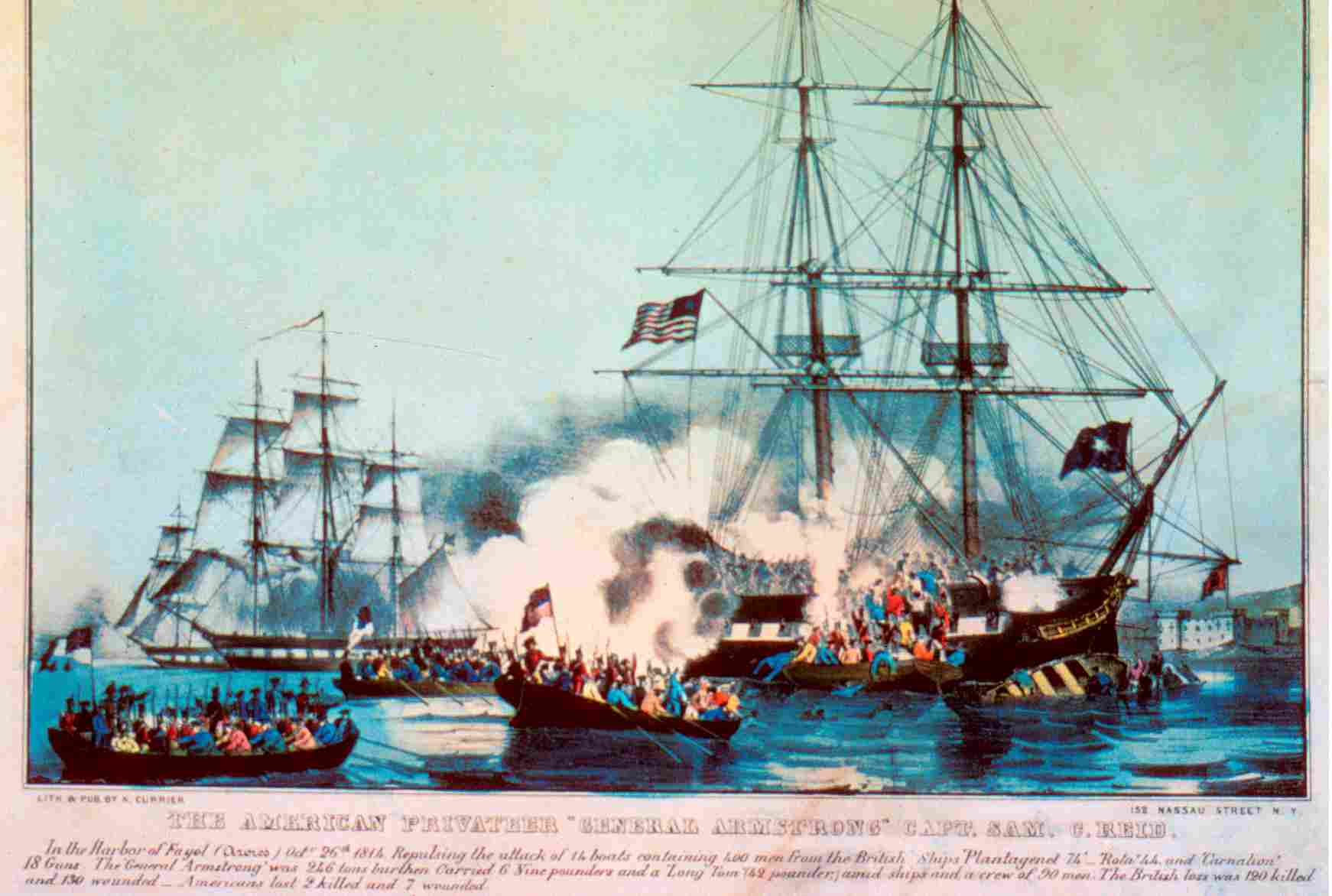 The fighting was now desperate and bloody. The British seamen clambered up the privateer’s side despite her crew’s fierce resistance. The Americans, armed with pistol, pike, or cutlass, met them at arm’s length with such ferocity that the boats were soon filled up with the wounded and dying men who had been hurled back. Repulsed at other points, the British at last gained a foothold on the forecastle, where the two American officers in charge were killed or disabled. Captain Reid had already repulsed the attack at the stern and he now led his men in a charge forward, driving the British over the bows and back into their boats. The attack was not renewed. The fighting was said to have lasted forty minutes—an almost unconceivable time for close combat within such a small space.  The Americans captured two of the Rota’s boats. Seventeen men survived from the forty or fifty they had carried. One of the Plantagenet’s boats was found under the privateer’s stern, with only four living men left in it. A British eyewitness stated that “The Americans fought with great firmness, but more like bloodthirsty savages than anything else. They rushed into the boats sword in hand, and put every soul to death as far as came within their power.” For the British the butcher’s bill was 36 killed and 93 wounded. The Americans had two dead and two wounded.

At daybreak the Carnation stood in to destroy the General Armstrong with her carronades. Recognising that further resistance was futile, Reid abandoned his vessel, leaving her to be consumed by fire. He and his men were afforded protection by the Portuguese.

Recriminations followed, based on accusations of who fired first and whether it was justified. The ultimate loser was to be Captain Lloyd of HMS Plantagenet, who had been in overall command. The Lords of the Admiralty expressed very strong disapproval of his actions, pointing out that sending a boat after dark was sure to lead to some such incident; that, if the Americans broke the neutrality of the port, his first business was to make representation to the Governor, and not take the law into his own hands. The honour of the flag and the prestige of the British Navy, as represented by a 74-gun ship, a frigate, and a sloop, were not likely to be endangered by the presence of one small privateer.

One cannot but agree with their lordships. Good and brave men had been lost in an ill-conceived and badly-executed fiasco.

And Reid? His later claim to fame was to design the Stars and Stripes flag of the United States. But that’s a different story.

Britannia’s Innocent, set in 1864, is chronologically the earliest of the eight-volume series – the best to start with