Pirate of the Post-Napoleonic Era – Part 1 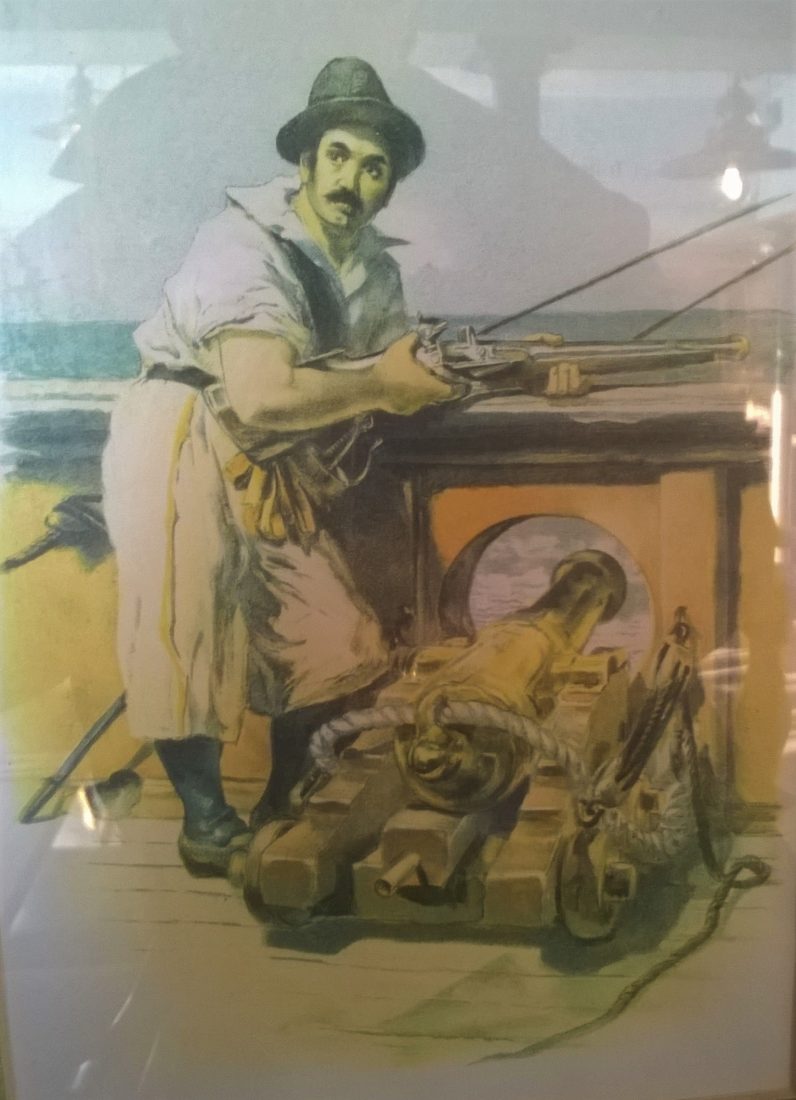 I’ve always been surprised how a romantic aura has built up around pirates, ignoring the bestial atrocities associated by so many of them, not mention that armed robbery, whether by land or by sea, is never justifiable. The “Great Age Of Piracy” was in the late 17th and early 18th Century but there was a brief resurgence in the North and South Atlantic – where one might not have expected it – in the aftermath of the Napoleonic Wars. One explanation may have been the post-war decommissioning of very large numbers of naval vessels. Sea borne trade was also increasing rapidly. The slave trade, even though now outlawed, was still in progress despite the limited resources devoted by European powers to anti-slavery patrols. These were under-resourced – one has the impression that only Britain took them seriously. Even the British patrols faced significant difficulties – legalistic no less than operational (Click here to read blog article on the “Felicidade Affair” of 1845). Slaving was a merciless business and it was a short step from slave-transportation to piracy. Yet another consideration was that in the days before radio it was impossible to send out an SOS or Mayday. These musings were prompted by reading about an Atlantic Ocean pirate of the 18th Century, the psychopathic Benito de Soto.

Executed by the British authorities in Gibraltar in January, 1830, Benito de Soto had been held a prisoner in the garrison there for nineteen months, during which time the British Government established a full train of evidence against him. His story was told – in somewhat flowery, sanctimonious and sensational language – in “The Pirates Own Book: Authentic Narratives of the Most Celebrated Sea Robbers,” by Charles Ellms, published in 1837. The following account draws on that book and uses some direct quotes from it.

Benito de Soto was a Portuguese sailor who in 1827 joined the crew of a slaver heading to West Africa. The crew consisted of French, Spanish, and Portuguese renegades. On arrival at an unspecified part of the African coast a large but unspecified number of slaves were acquired and battened down in the hold. When the captain went ashore to make further arrangements for completing his cargo, the mate, “a bold, reckless, and thoroughly unprincipled man, who had perceived in Benito de Soto a kindred spirit, proposed to the latter a design he had long contemplated for running away with the vessel and becoming a pirate.” De Soto was enthusiastic and large part of the crew joined in the conspiracy now launched. Several, however, refused to participate. De Soto despite emerging as the real leader, declared the mate to be the new captain, and told the others, “There is the African coast: this is our ship; one or other must be chosen by every man on board within five minutes.” Those who held back were hustled into a boat with one pair of oars. Had the weather continued calm the boat would have made the shore by dusk but a strong gale set in after its departure and it apparently overturned. The crew of the slave-laden ship made off under close-reefed topsails, leaving their erstwhile shipmates to drown.

A drunken revel reigned on board that night – which sounds like a pirate cliché! De Soto, who had waited for the opportunity, shot the old mate/new captain through the head while in a drunken sleep, and declared himself commander. “The drunken uproar which that night reigned in the pirate ship was in horrid unison with the raging elements around her; contention and quarrelling followed the brutal ebriety of the pirates; each evil spirit sought the mastery of the others, and Soto’s, which was the fiend of all, began to grasp and grapple for its proper place – the head of such a diabolical community.” He now steered for the West Indies and sold the slaves there. He did however retain one boy for himself and this youth would later be a witness for the prosecution.

With his ship now named Defensor de Pedro, and like many slavers, fast sailing, De Soto opened a campaign of piracy, preying on unarmed merchant shipping. The worst atrocity concerned an American brig. “Having secured all the valuables on board, they hatched down all hands in the hold except one poor black man—probably the cook—who was allowed to remain on deck for the special purpose of affording by his tortures the horrible amusement De Soto and his fellow fiends desired.”  The brig was then set on fire and de Soto and his ship lay to at a short distance to observe the spectacle, “knowing that a number of their fellow-creatures were being roasted to death in the hold. The poor African ran from rope to rope, now clinging to the shrouds, even climbing up to the mast-head, till he fell exhausted in the flames, and the tragedy was over.” 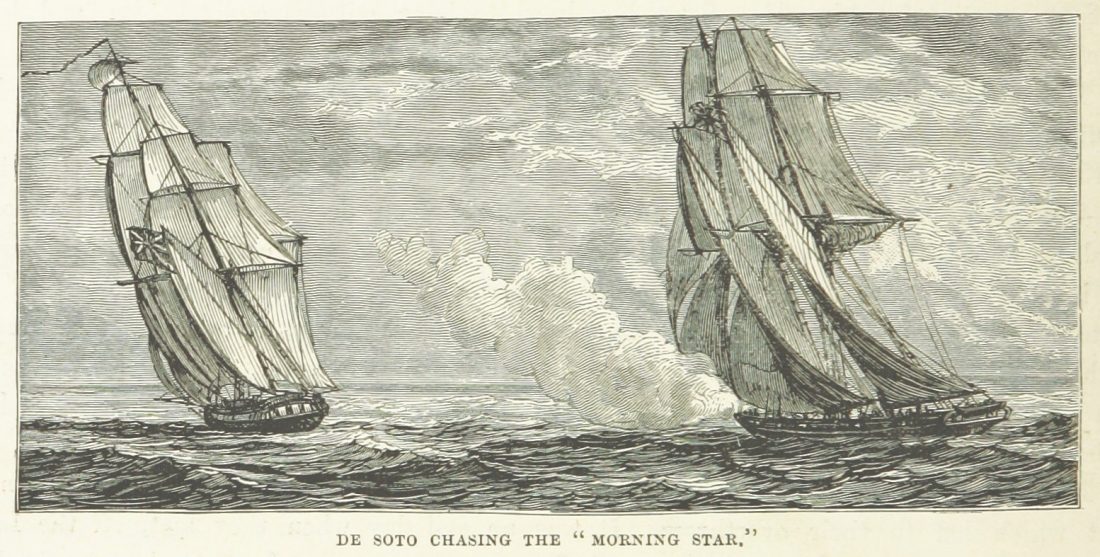 The capture that would figure significantly in de Soto’s eventual end was the Morning Star, a vessel then on her voyage from Ceylon to England.  Met close to Ascension Island, she carried a valuable cargo and a number of passengers, civilian and military, the latter principally invalided soldiers. There were also several ladies on board. Approaching under false British colours, the Defensor de Pedro closed.  Once abreast of the Morning Star, de Soto himself discharged a gun loaded with canister against her. He then hauled up Columbian colours and demanded through the speaking-trumpet for the captain to come on board. 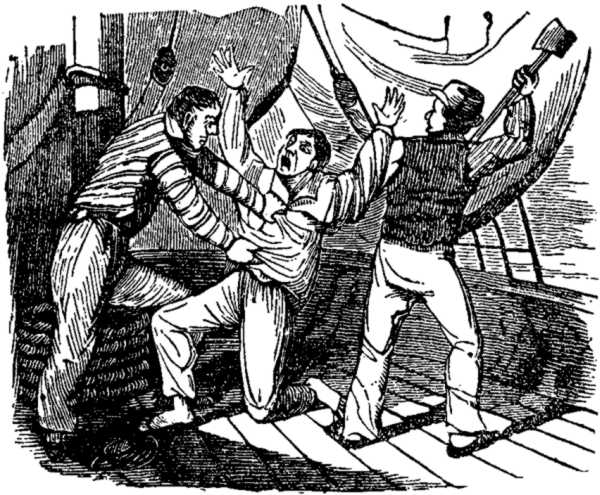 de Soto’s crew in action – contemporary illustration. Nothing romantic about it.

The Morning Star had neither guns nor small arms. Although there were twenty-five soldiers on board and a commanding officer, they were all cripples or feeble invalids. The captain was advised “by a general council, hurriedly held”, that he should allow one of the passengers to on board the pirate vessel. One heroic soul did but when de Soto realised that he was not the captain he had him beaten and then sent back with the message that if the captain did not instantly come on board they would blow the ship out of the water. “This, of course, decided the captain, and he immediately put off in a boat, with his second mate, three sailors, and a boy, and was rowed to the pirate ship. Ongoing on board, De Soto, who stood near the mainmast, cutlass in hand, desired the captain to approach, while the mate was ordered to go forward. Both of these unfortunate individuals obeyed, and were instantly massacred.”

So here we’ll leave Benito de Soto for now, in possession of the Morning Star. What happened next, and how de Soto got his just deserts. will be told in Part 2 of this article – coming soon.

Britannia’s Wolf , mentioned in the article above, opens the seven-volume series that will take you into a 19th Century world of naval adventure. Buy as Kindle or paperback or read it at no extra cost if you’re a Kindle Unlimited or Prime subscribe. 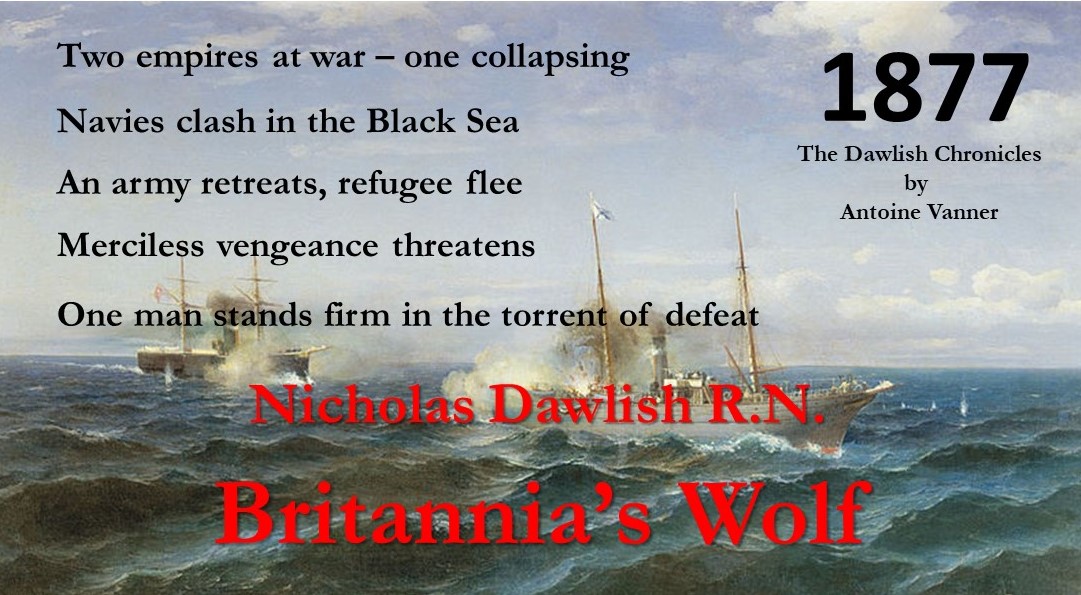