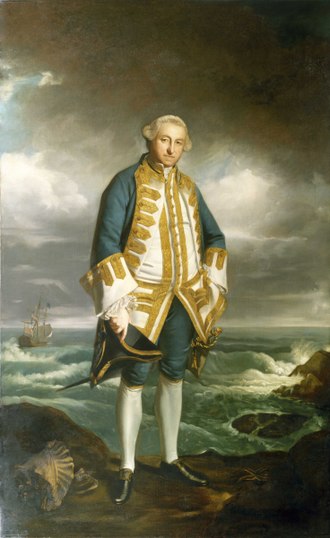 Two conflicts – the War of Jenkin’s Ear and the War of Austrian Succession – merged into one and lasted from 1739 to 1749. The various international alliances involved were complex, but for Britain the main enemies were to be – as usual! – France and Spain. The Royal Navy, by now well established as master of naval professionalism, fought gruelling campaigns in the Americas and in the Indian Ocean, as well as in European waters. This war saw the beginning of conflict between Britain and France for control of India, and in 1747, under Admiral Edward Boscawen (1711 – 1761) a large military and naval expedition was sent to capture Pondicherry, the most important French holding there. The effort was unsuccessful and further operations were brought to an end after the Treaty of Aix-la-Chapelle ended hostilities in 1748. Boscawen had not taken Pondicherry but he had secured a valuable British base just to its south at Fort St. David, Cuddalore, some ninety miles south of Madras (now called Chennai) on India’s eastern coast. It was here, after the end of the war, that Boscawen’s flagship, the 74-gun second-rate HMS Namur, was to be wrecked with heavy loss of life, together with another vessel, HMS Pembroke. 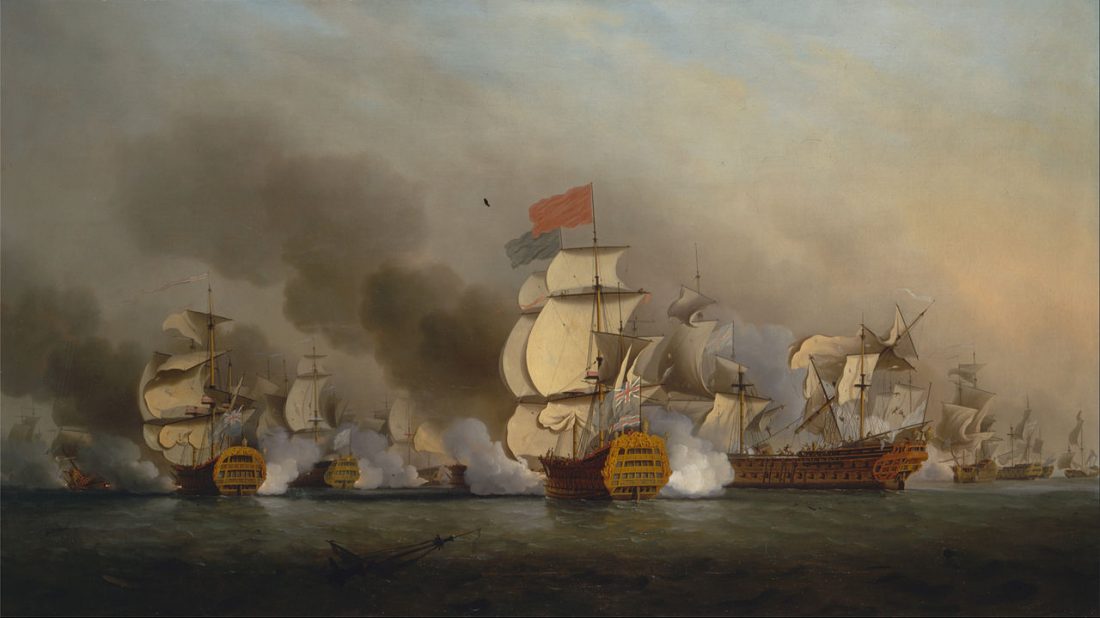 When reading of the Age of Fighting Sail one is often impressed by how often wooden vessels could survive brutal bombardments as long as the damage was sustained only above the waterline. Wrecking on shoals or on rocky shores was however usually fatal and frequently involved total break-up. (Click on HMS Sceptre or on HMS Minotaur to read earlier blogs on such losses). What brings the wreck of HMS Namur to life however is a first-hand account, a letter to a friend, by one of the survivors, a James Alms and is quoted from (in italics) later in this article. Alms’ role on HMS Namur is not clear but one assumes that he might have been a midshipman, as he was immediately thereafter appointed as a lieutenant on the sixth-rate post-ship HMS Syren, from which he sent the letter. 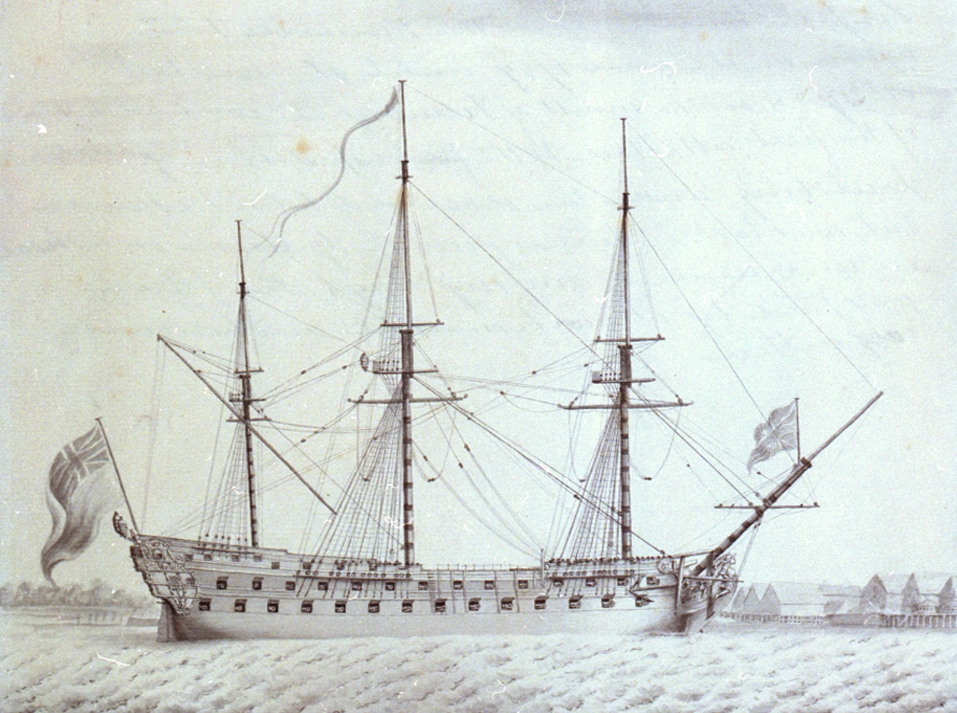 HMS Invincible a “74” launched for the French Navy in 1744 m captured 1747. HMS Namur would have looked generally similar

HMS Namur and other vessels of the squadron were moored off Fort St. David on April 12th 1749 when a strong wind began to blow from the north-north-west. By the following day this had grown into a violent storm. Admiral Boscawen, together with HMS Namur’s Captain Marshall and other officers, was ashore at the time. He did not return to his flagship, though Marshall did.

James Alms, takes up the story on April 13th:

“In the morning it blew fresh, wind north-east. At noon we veered away to a half cable on the small bower. From one to four o’clock we were employed in setting up the lower rigging. Hard gales and squally, with a very great sea. At six o’clock the ship rode very well, but half an hour afterwards had four feet of water in her hold.”

Given the circumstances, the decision to put out to sea was a pragmatic one:

“We immediately cut the small bower cable, and stood to sea under our courses. Our mate, who cut the cable, was up to his waist in water at the bitts.”

The situation was still deteriorating however and extreme measures to lighten ship were now required. One is impressed that such brutal labour as ditching guns and cutting away masts could be undertaken in such conditions. That it was managed at all speaks highly of the discipline and professionalism of the crew:

“At half-past seven we had six feet of water in the hold, when we hauled up our courses and heaved overboard most of our upper-deck and all the quarter-deck guns to the leeward. By three-quarters after eight the water was up to our orlop gratings, and there was a great quantity between decks so that the ship was water logged; when we cut away all the masts, by which she righted. At the same time we manned the pumps and baled, and soon perceived that we gained upon the ship, which put us in great spirits. A little after nine we sounded, and found ourselves in nine fathoms of water: the master called, ‘Cut away the sheet-anchor!’ which was done immediately, and we veered away to a little better than a cable; but, before the ship came head to the sea, she parted at the chesstree (i.e. the hull’s structure at the bow). By this time it blew a hurricane. It is easier to conceive than to describe what a dismal, melancholy scene now presented itself—the shrieking cries, lamentations, ravings, despair, of above five hundred poor wretches verging on the brink of eternity!” 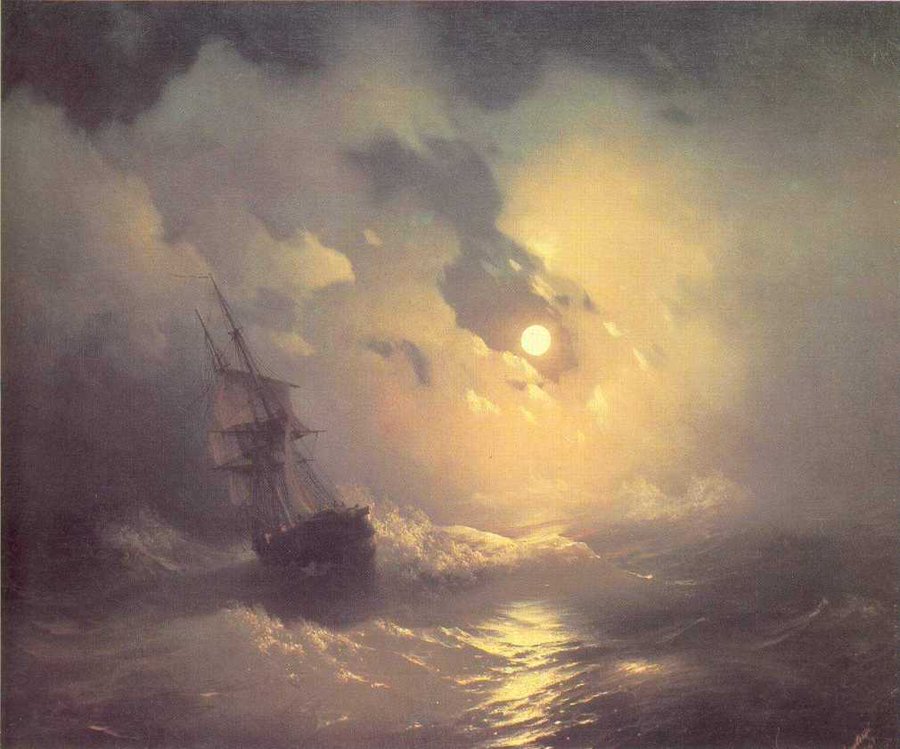 James Alms, like others, decided that his only hope was to abandon ship:

“I had, however, presence of mind to consider that the Almighty was at the same time all-merciful, and experienced consolation in the reflection that I had ever put my whole trust in Him. In a short prayer I then implored His protection, and jumped overboard. The water, at that time, was up to the gratings of the poop, from which I leaped. The first thing I grappled was a capstan-bar, by means of which, in company with seven more, I got to the davit; but, in less than an hour, I had the melancholy experience of seeing them all washed away, and finding myself upon it alone, and almost exhausted.”

After some two hours in the water “to my unspeakable joy, I saw a large raft with a great many men driving towards me. When it came near I quitted the davit, and with great difficulty swam to the raft, upon which I got, with the assistance of one of our quarter-gunners. The raft proved to be the Namur’s booms. As soon as we were able we lashed the booms close together, fastened a plank across them, and by these means made a good catamaran.” (One wonders if this is one of the earliest uses in English of the word ‘catamaran’.) “It was by this time one o’clock in the morning; soon afterwards the seas became so mountainous that they turned our machine upside down, but providentially, with the loss of only one man.” 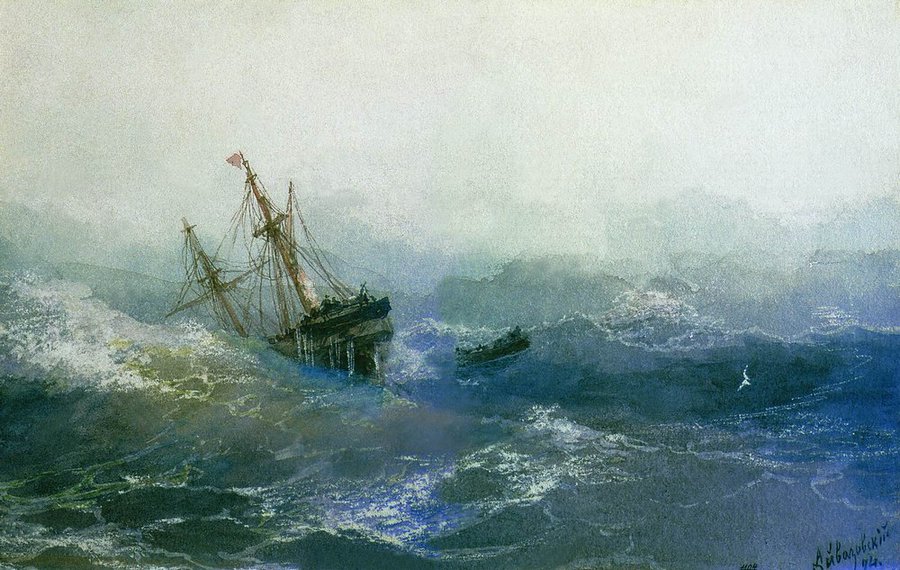 This Aivazovsky painting, showing survivors escaping from a doomed ship, gives an idea of what HMS Namur’s crew endured

The raft was finally driven shore at the Dutch trading base at Porto Novo (Modern Parangippettai) about fourteen miles south of Fort Dt. David: “About four, we struck ground with the booms, and, in a very short time, all the survivors reached the shore. After having returned thanks to God for His almost miraculous goodness towards us, we took each other by the hand, for it was not yet day, and still trusting to the Divine Providence for protection, we walked forward in search of some place to shelter ourselves from the inclemency of the weather; for the spot where we landed offered nothing but sand. When we had walked about for a whole hour, but to no manner of purpose, we returned to the place where we had left our catamaran, and to our no small uneasiness found that it was gone. Daylight appearing, we found ourselves on a sandy bank, a little to the southward of Porto Novo, from which we were divided by a river that we were under the necessity of fording, soon after which we arrived at the Dutch settlement where we were received with much hospitality. From our first landing till our arrival at Porto Novo we lost four of our company, two at the place where we were driven ashore, and two in crossing the river.”

The Dutch commander proved helpful and “was so obliging as to accommodate me with clothes, a horse and a guide to carry me to Fort St. David, where I arrived about noon the following day, and immediately waited on the admiral (Boscawen), who received me very kindly indeed; but so excessive was the concern of that great and good man for the loss of so many poor souls, that he could not find utterance for those questions he appeared desirous of asking me concerning the particulars of our disaster.”

James Alms concluded his accounting by noting that only twenty-three men were saved, Captain Marshall among them, twenty of whom came ashore on the booms. Some 520 others died in this tragedy. Now, across almost three centuries, Alm’s unvarnished account still had the power to move.

A sixth free short-story, Britannia’s Rescuers, set in 1875, is now available for download (with five others) to your Kindle. Access it by registering for the Dawlish Chronicles mailing list – just click on the banner below. You’ll be kept updated on new books and it facilitates e-mail contact between Antoine Vanner and his readers.