The Loss of the Russian cruiser Pallada, October 1914

The illustration below  is from a German WW1 part-work, published monthly, in this case in 1914/15. It is an artist’s impression of the destruction of the Bayan-class Russian armoured cruiser Pallada on 11th October 1914. 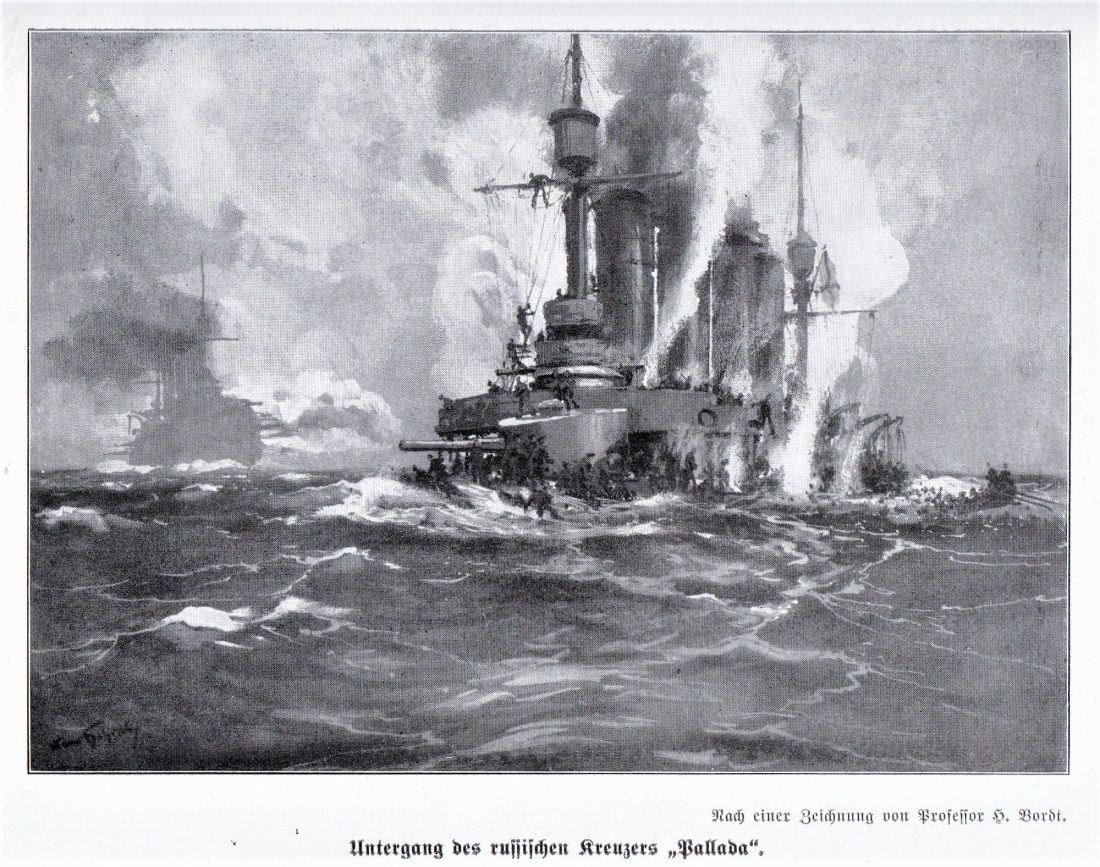 There were no survivors from Pallada’s 597-man crew when she blew up after being torpedoed by the German submarine U-26.  This 7750 ton vessel, armed with a main armament of two 8-inch and eight 6-inch guns, plus smaller weapons, was already obsolete then she was commissioned in 1911. In overall configuration – single bow and stern chasers and her remaining heavy weapons in casemates – she had more in common with doomed British counterparts, such as Aboukir, Cressey, Hogue and Good Hope, built a decade earlier, than with the battle-cruisers that were already replacing armoured cruisers in the British and German navies. Pallada was however of only half the displacement of the old British cruisers and one wonders why money was ever invested in her and in her sisters Bayan and Makarov. 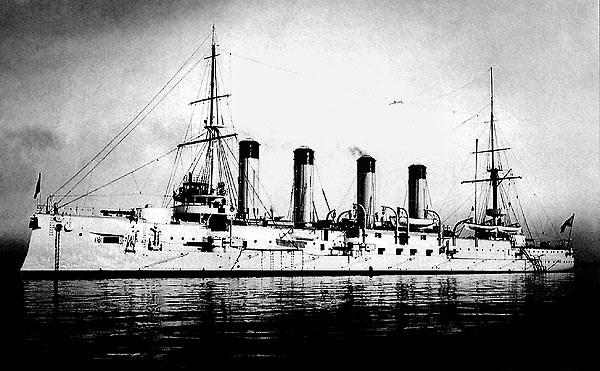 The Bayan, sister to Pallada and Makarov – anachronisms when launched 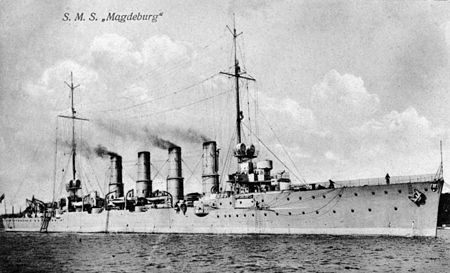 Though the Pallada was the first Russian warship to be lost in World War 1 she had already provided a service of inestimable value, even though it came about by pure chance. The ultra-modern German cruiser Magdeburg had run aground off the Estonian coast on 26th August and efforts by a destroyer to tow her free had proved unsuccessful. While the attempt continued the Pallada arrived on the scene with another cruiser, the Bogatyr, one of the few Russian ships to survive operations in the Far East during the Russo-Japanese War. 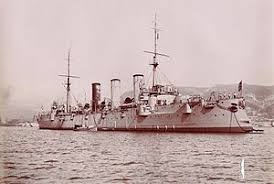 Unable to run, and taken under fire by the Russians, the Magdeburg’s crew attempted to scuttle, blowing off the forepart of the ship but leaving the remainder largely intact. More important however was the fact that priority had not been given by the German captain to destruction of the code-books. These the Russians managed to recover from the wreck  – a fact that the Germans did not suspect. The need to change the codes was not appreciated and the Russians had won a treasure. The code-book was passed on to the British and was of vital importance in allowing the Royal Navy’s “Room 40” – the WW1 centre of code-breaking which was comparable to Bletchley Park in WW2 – to read German naval radio-traffic through much of the war.

Short the Pallada’s service life might have been, but it was to have a massive impact on Britain’s prosecution of the war at sea. The tragedy was that her crew died without knowing it.