When I was twelve I found in our local library a leather-bound “Children’s History of the World” in two volumes, each about two and a half inches thick. They dated from the 1890s (the summit of human progress might have been assumed to be Queen Victoria’s Golden Jubilee in 1887) and by being unashamedly British in outlook would probably arouse the indignation of any politically-correct educationalist today. But I loved them! I spent my school summer-holidays of 1958 reading them cover-to-cover and starting all over again when I got to the end. Several episodes still linger in the memory for the vividness of the writing, notably the Roman tactic of boarding in the naval battles of the First Punic War, the Diet of Worms and the Dutch Revolt (the “Sea Beggars” received especially sympathetic treatment). Knowing that the books dated from the 1890s I was however surprised by the chapter entitled “The First World War.” 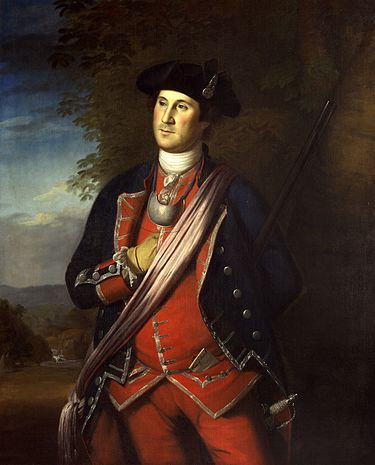 The description was indeed an accurate one, for the Seven Years War of 1756 – 1763, was the first to be fought on a global scale. It was longer indeed that seven years, for hostilities had opened between Britain and Britain in North America in 1754, triggered by an incident in Pennsylvania involving a 22-year old militia officer called George Washington. Two years later the conflict took on an even wider European dimension. The British-led alliance included Prussia, Portugal and the smaller German states, including Hanover, and was opposed by a French alliance with the Austrian Empire, Spain, Sweden and Saxony. Russia was initially allied with Austria but changed sides halfway through. Vast in geographical scope, it was a war in which, in Thomas Babington Macaulay’s phrase, European enmities ensured that “black men fought on the coast of Coromandel and red men scalped each other by the great lakes of North America.” 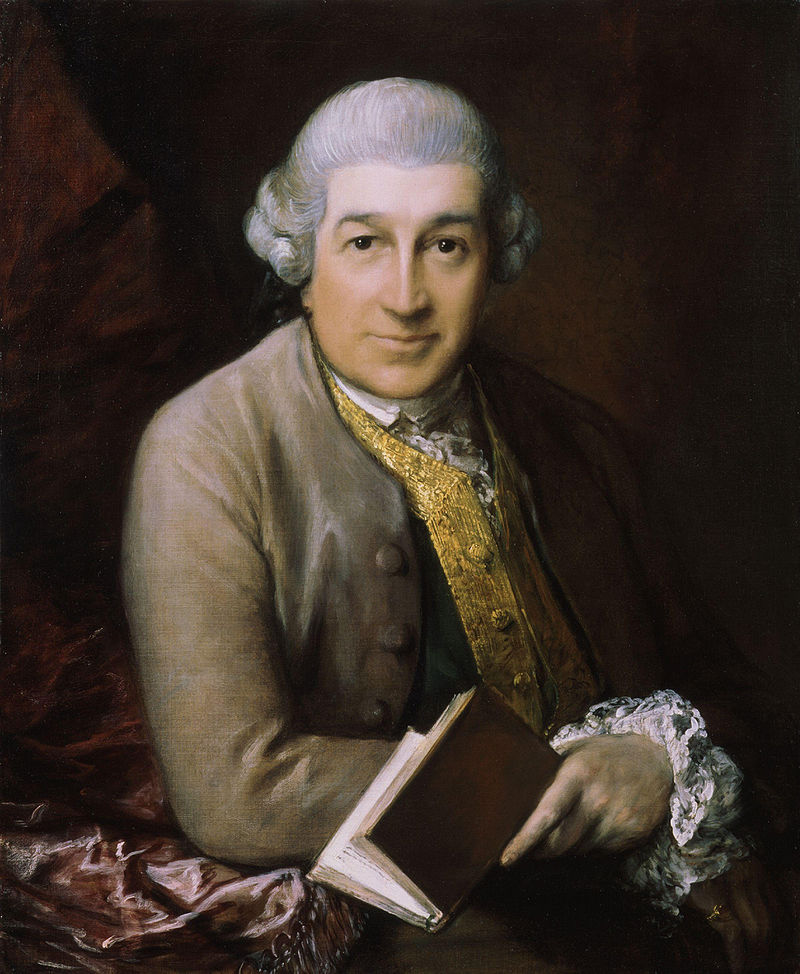 The consequences of this war are still with us today – not least as regards the status of Canada – and it confirmed Britain as a world power. A constant reminder of this today is “Heart of Oak, the official march of Britain’s Royal Navy, of the Royal Canadian Navy and of the Royal New Zealand Navy. “Heart of Oak” started however as the most successful popular song of its time, not only because of its memorable tune but for the robust and confident humour of the lyrics. The title refers to the strongest wood at the centre of the oak, from which Britain’s sailing navy was constructed. The words were written by the greatest actor of his time, David Garrick, the friend of Dr. Johnson, and the music was composed by a Dr. William Boyce. Its first public performance was on New Year’s Day 1760, in the Theatre Royal in London’s Drury Lane. It was sung by Samuel Thomas Champnes, one of Handel’s soloists, and was part of a pantomime written by Garrick entitled “Harlequin’s Invasion”.

Giving “Johnny Foreigner” a bloody nose has always been popular in Britain – especially if he happens to be French – and “Heart of Oak” commemorated a quick sequence of unprecedented triumphs which satisfied this liking to the limit. The opening stanza is an uncompromising statement of pride: 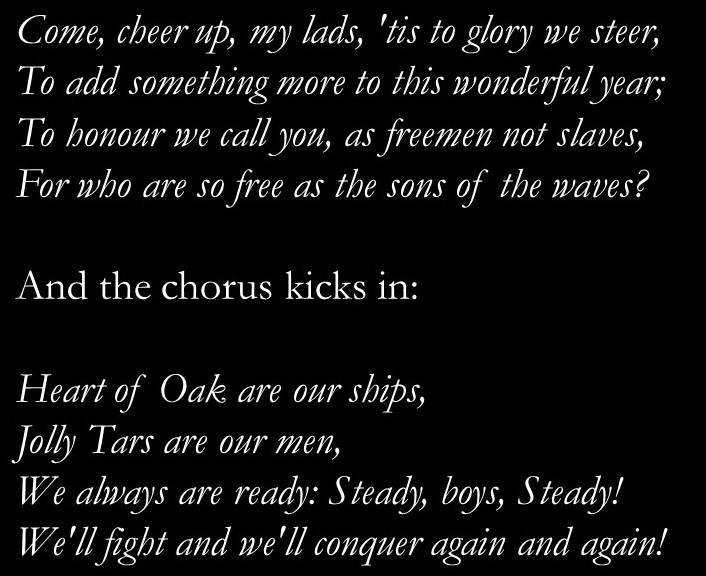 The song was a sensational popular success and it must have been splendid fun to join in with a whole audience belting it out in a packed theatre. But what did the “Wonderful Year” mentioned refer to? The clue is in the date of the song’s premiere, January 1st 1760, for it looks back on the events of the preceding months. 1759 had been the “Year of Victories”, or to the more classically inclined, the Annus Mirabilis, the Wonderful Year. The sequence of these victories by land and by sea ran as follows:

1st August 1759: At Minden, in Central Germany, an Anglo-German army smashes a French army, leading the French Chief Minister, the Duc de Choiseul, to say afterwards “I blush when I speak of our army. I simply cannot get it into my head, much less into my heart…” 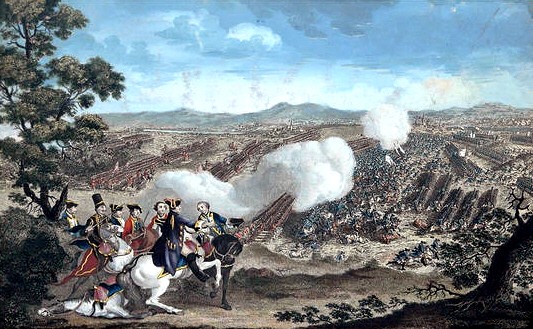 The Battle of Minden  – a French army destroyed

18th and 19th August 1759:  In the Battle of Lagos, off the Portuguese coast, the Royal Navy decisively defeats a French fleet attempting to pass from the Mediterranean to the French Atlantic coast to join naval units gathering there to support an invasion force intended for Britain. 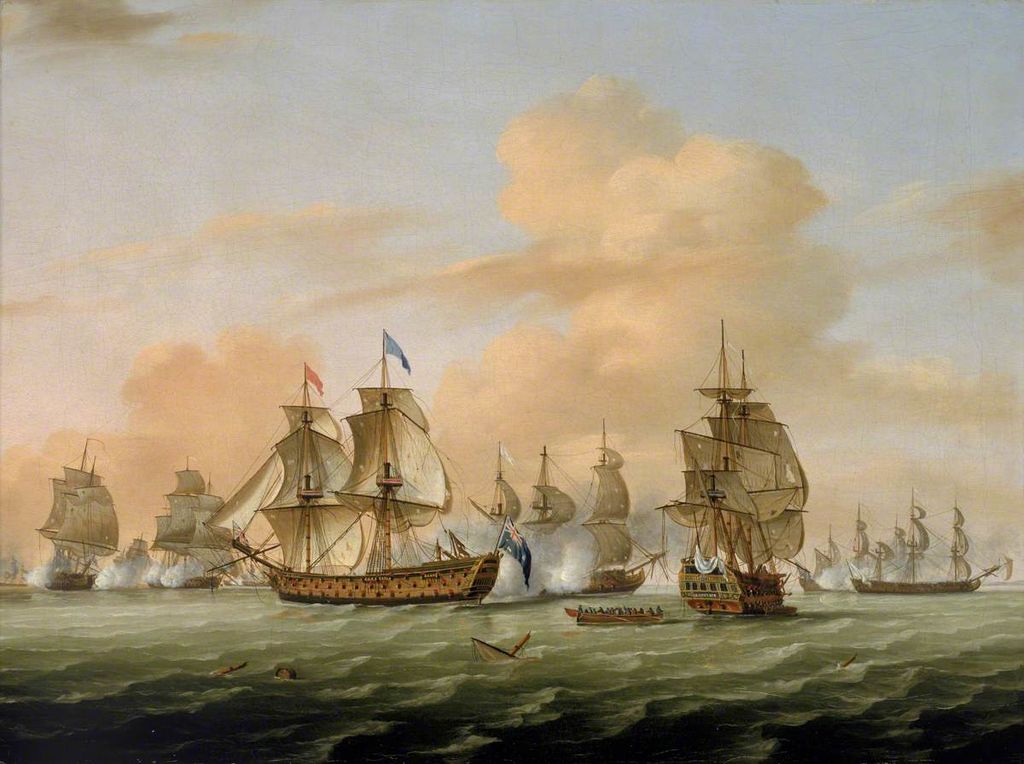 Victory at Lagos, off the coast of Portugal – by Thomas Luny

13th September 1759: British attempts to capture Quebec, the centre of French power in North America, culminate in a 15-minute battle on “The Plains of Abraham” outside the city following a stealthy amphibious landing and a surprise approach via an “impossible” route up a cliff. The French evacuate the city and never regain the initiative. French Canada is effectively lost forever. 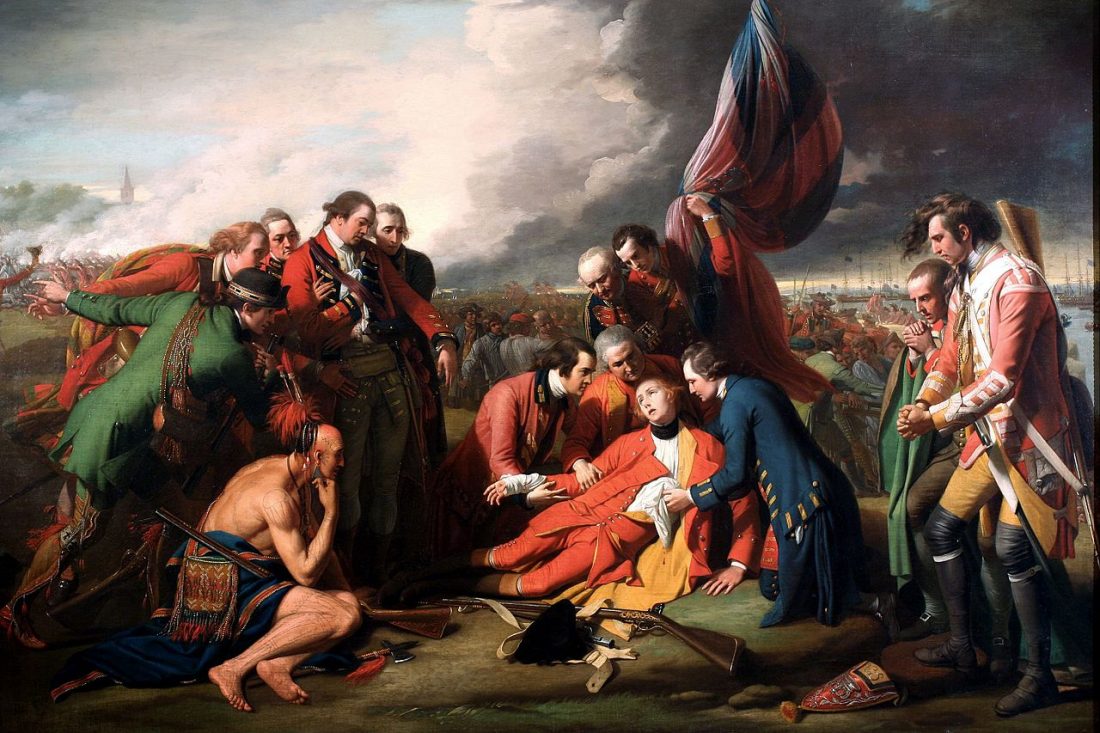 Victory at Quebec, but at the cost of the life of Britain’s star general, James Wolfe

20th November 1759:  In the Battle of Quiberon Bay the French naval forces gathered to cover the intended invasion of Britain are smashed by a Royal Navy fleet commanded by Sir Edward Hawke. The locale is on the French Atlantic coast, near St. Nazaire, where rocks and shoals are as great a hazard as the enemy. Hawke nevertheless took his force close inshore in appalling weather and inflicted a crushing defeat that ended all French hopes of invasion. 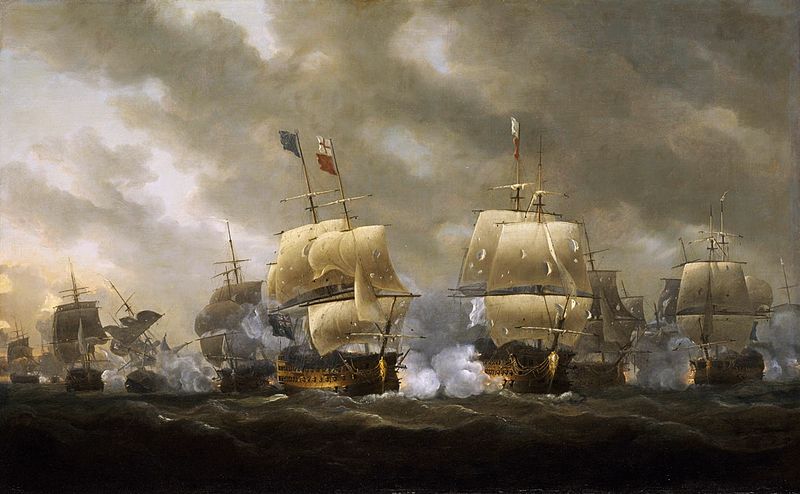 The last verse of “Heart of Oak” reflects not just pride in these victories but confidence in the future:

22nd January 1760: At Wandiwash (today known as Vandavasi, in Tamil Nadu) in the main French army in India was comprehensively beaten by a British force. French ambitions in India were dealt a blow from which they never recovered and the battle confirmed Britain as the new power on the sub-continent.

Nor was this the end of major British victories. On 14th August 1762 Havana in Cuba was captured from the Spanish, who also lost Manilla in the Philippines on 10th October 1762. 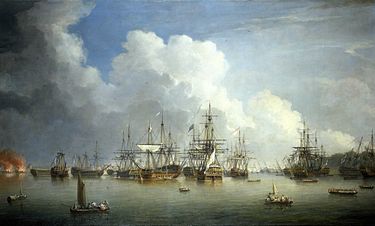 The captured Spanish fleet at Havana – by Dominic Serres the Elder

The war was ended by the Treaties of Paris and of Hubertusburg in early 1763.  Both Britain and France returned much of the territory they had captured. (A great “What If?” of history is what the consequences would have been of Britain retaining Havana and Manilla). There was a major exception however: France was so keen to regain the sugar islands of the Caribbean which it has lost to Britain during the war that it was willing to cede all of its territory in mainland North America in return for getting them back. These tiny sugar-producing islands were regarded of immeasurably greater economic value than Canada, described memorably by Voltaire as “Quelques arpents de neige – Some acres of snow”. The decision was as short-sighted as the later Russian sale of Alaska.

Today, at any major national occasion at which the Royal Navy is represented, “Heart of Oak” still inspires pride. And one of the middle verses sums up a sentiment not dead even today: