Part 1 of this article (Click here to read if you missed it) left the trading schooner and her valuable cargo of  coffee and currency in the hands of her mutinous crew, close to the Azores. The only officer who had been spared was Onion, the second mate.

The mutineers’ leader, Stromer, felt confident of being able to navigate the ship in the open sea, but with an intention now formed of landing the cargo in Northern European waters – a decision that seems crazy in retrospect – he realised that he would need assistance from somebody with more detailed knowledge of coastal waters. This could only be Onion, who was familiar with the English Channel and the North Sea. It was however important to enforce Onion’s future silence by forcing him to accept a share of the plunder, thus making him complicit in the mutiny. Onion, with no option but death, agreed to this. By this time the core of eight mutineers had expanded to thirteen, all of whom were committed to bringing the vessel to Norway, with the remainder of the crew cooperating under fear of violence. 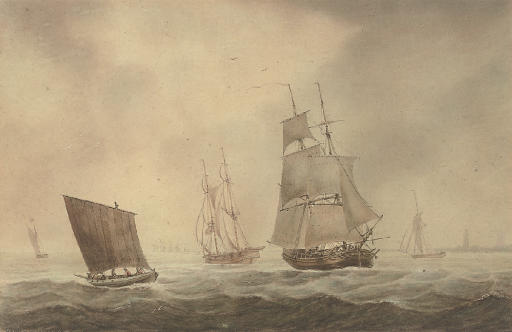 “Trading Brigs and other shipping in the Channel” by Joseph Cartwright (1789 – 1829). A scene the mutineers might have witnessed

Under Onion’s pilotage, the Plattsburg passed through the English Channel and sailed up the English and Scottish east coasts to the Orkney archipelago, and from there eastward to the small port of Christiansand, close to the southern tip of Norway. Its isolation made this an ideal location for smuggling ashore the eleven-thousand pounds of coffee in the ship’s hold. It was now however that the enterprise began to unravel. Stromer seems to have been able to impose discipline on the crew while they were at sea, but this failed once the men got ashore. They drank and caroused, challenged Stormer’s authority, talked without caution and ignored his warnings. They also insisted on having the specie (the coins) split fourteen ways, each conspirator to have his own share. 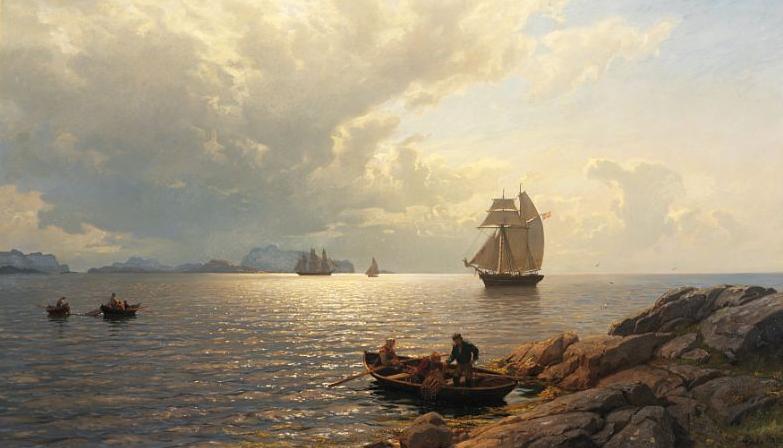 A quiet arrival in Norway, such as the mutineers must have hoped for – “Sailing into Oslo Fiord”, by Hans Gude,1872

Many now abandoned the Plattsburg and took passage in other vessels for the Danish capital. Copenhagen, little more than a day’s sail way. Among these were Onion and the steward Lamberson, the latter having been a half-hearted participant in the mutiny. They broke away from the group and contacted the American Consul, providing full details of the whole affair. The consul moved fast and action by the respective authorities followed in both Norway and Denmark.

The Platttsburg was seized at Christiansand but Stromer, the brains behind the mutiny had disappeared, never to be found. Six mutineers were arrested in Copenhagen, one in Christiansand. The shares of these seven should have totalled twenty-one thousand dollars but when they were arrested they had only five thousand. It seems inconceivable that they had spent sixteen thousand dollars in two weeks ashore and one wonders if Stromer had not taken much of the remainder with him – if so, he would have had enough to set himself up in respectable affluence for the rest of his life. Two mutineers were captured in Europe – one in Prussia and one in France, but the authorities in both countries refused to deport them to the United States.

In total some twenty-seven of the crew were rounded up in various places but most were let go after questioning. The remainder were shipped to America. Here, four – Williams, Rog, Peterson and Frederick – were convicted of murder and hanged at Boston Neck on February 18, 1819. It was noted at the time that “Their conduct in prison is said to have been exemplary and they met their fate with firmness.” Onion and Lamberson had acted as state witnesses and a seaman named White was cleared on the grounds that he had been forced into the mutiny. 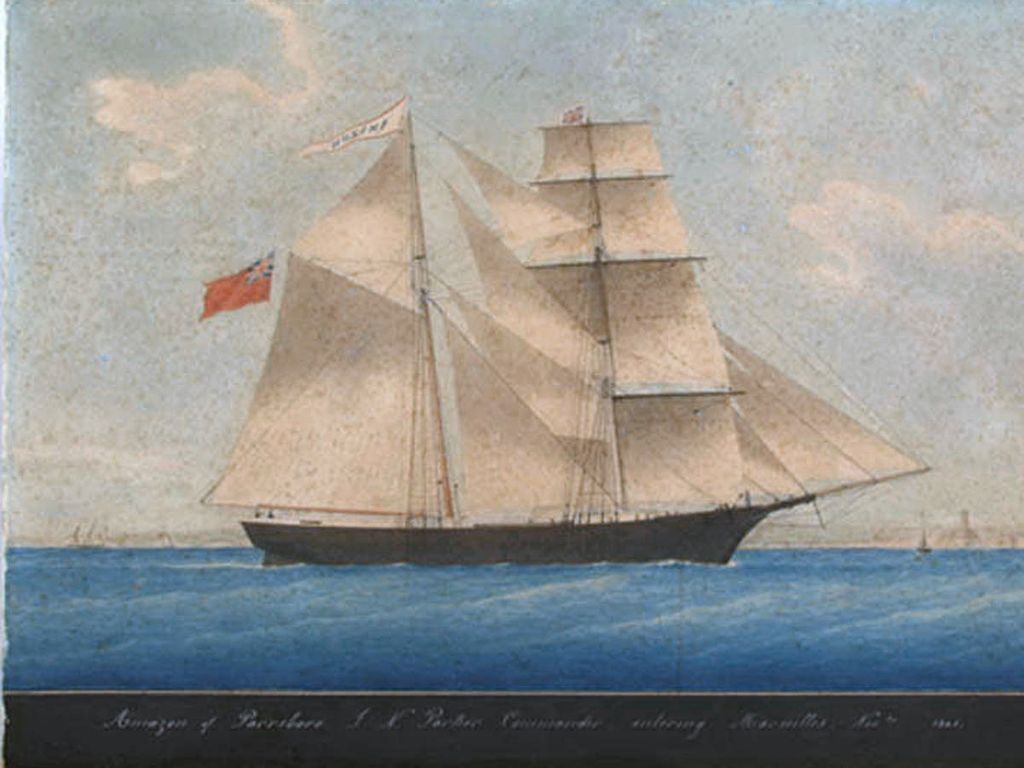 The Plattsburg was to have a less than honourable future. She was brought home from Christiansand and McKim, her owner, put her up for sale by public auction. Her speed fitted for carrying another high-value cargo – in this case human – and she was bought by slavers based in Cuba. Furnished with Spanish papers, she was captured in 1820 off the coast of West Africa by the United States sloop-of-war Cyane, which was tasked with slave-trade suppression.  The seizure of the Plattsburgh gave rise to a US Supreme Court case, with the court finding in favour of her seizure as a slaver, despite a number of subterfuges.

And Stromer? Nobody knows what became of him, but if he had indeed taken the money, he might well have died decades later, under some other name, as a revered pillar of society.