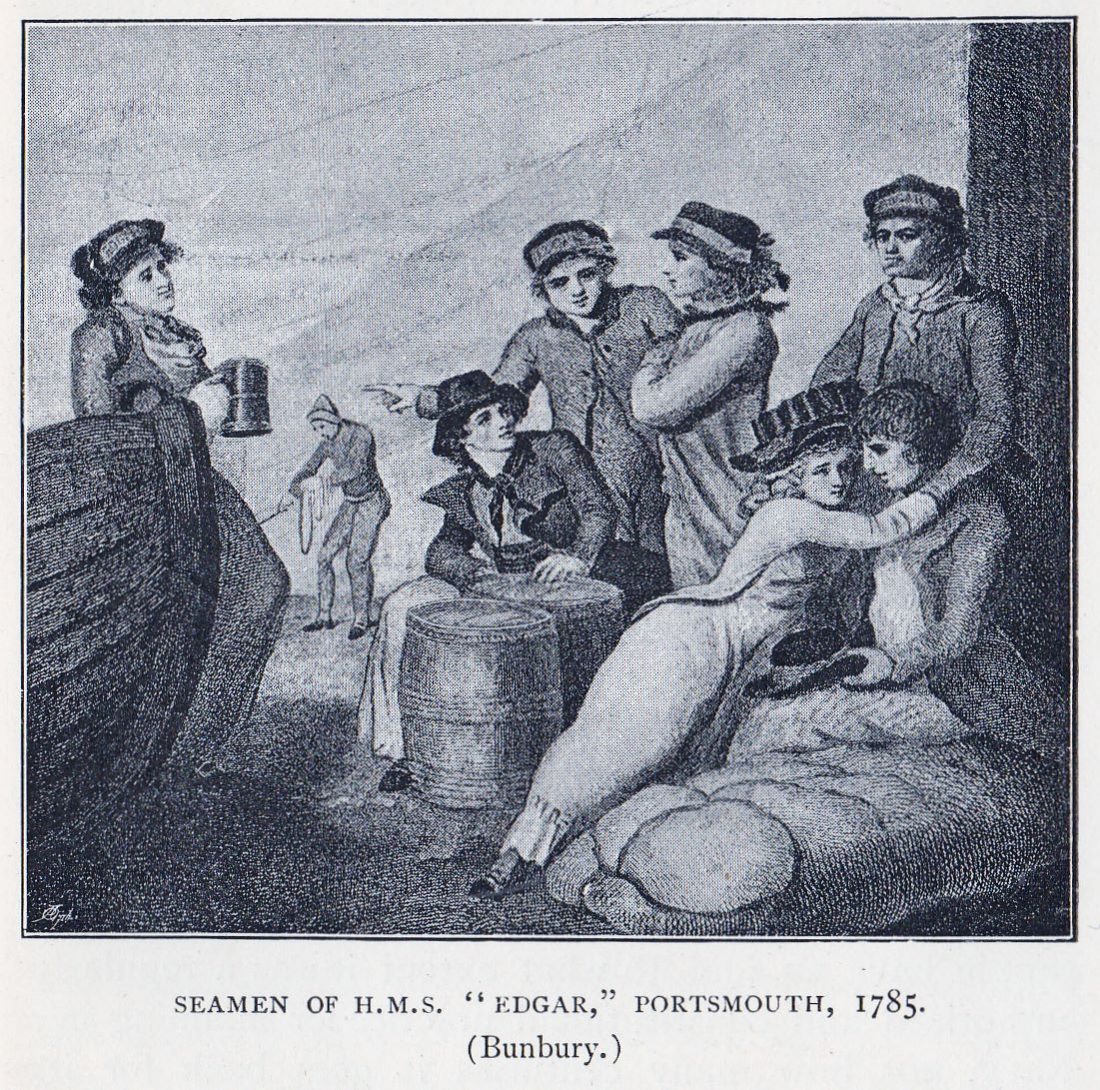 In the first part of this series I discussed the remarkable career of Philippe-Jacques de Loutherbourg. He was a painter of considerable renown who produced remarkable pictures of naval actions but it is likely that the vast majority of people in that period never had the opportunity to see them, or others like them. In that age of great naval engagements, and in which the seaman came to be seen as a heroic – though poorly remunerated – figure, it is likely that the popular image was created by engravings and prints. Often, but not invariably, based on larger paintings, these could be cheaply produced and sold at prices affordable by all but the poorest homes. For residents of inland towns and rural areas, some of whom may have gone through life without seeing the sea or a seaman, these prints provided the image of “Rule Britannia” incarnate. Frequently framed, they were to prove of great longevity – and indeed a country public-house near my home has got a large number which have possibly hung there since they were purchased two centuries or more ago. 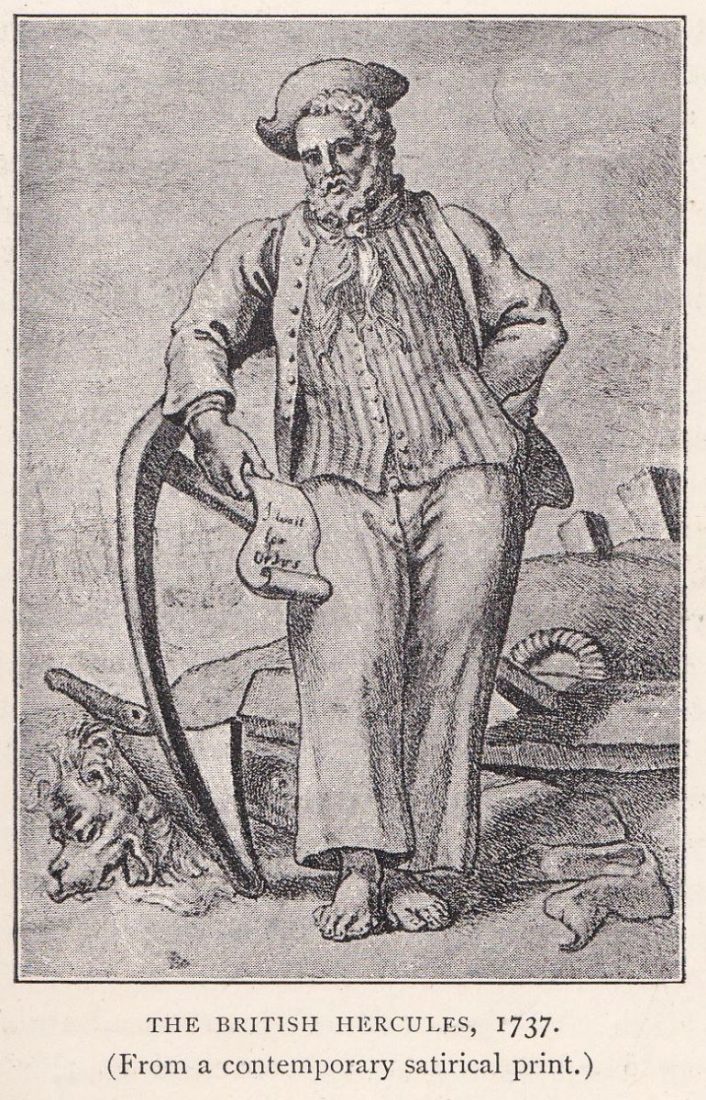 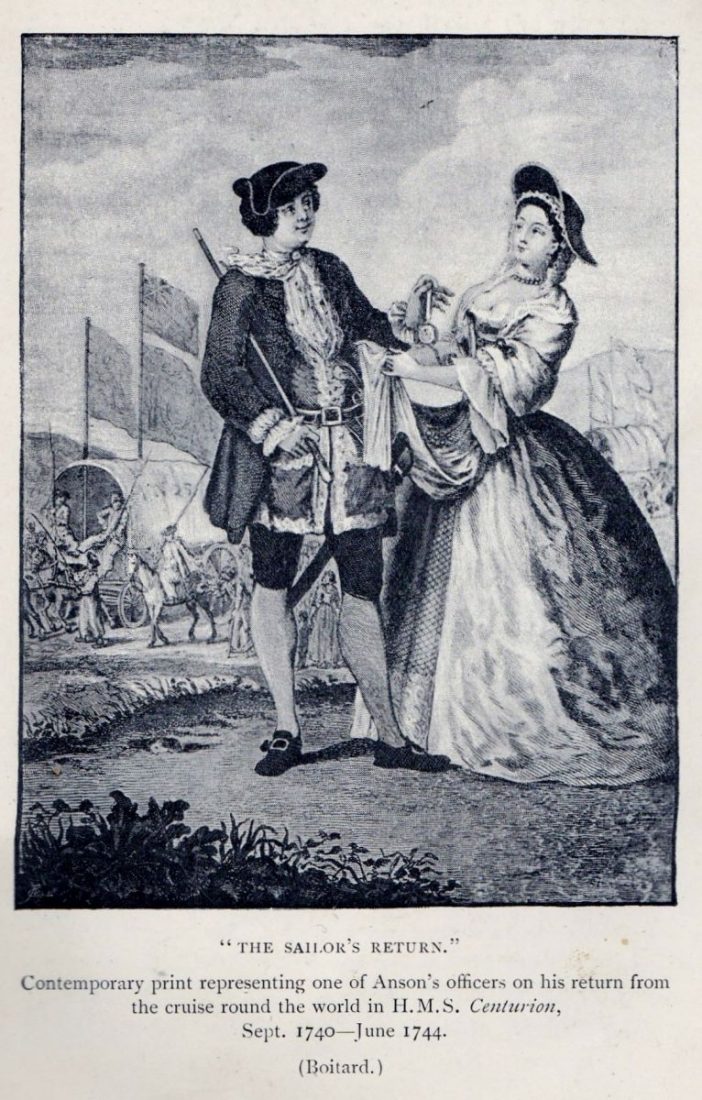 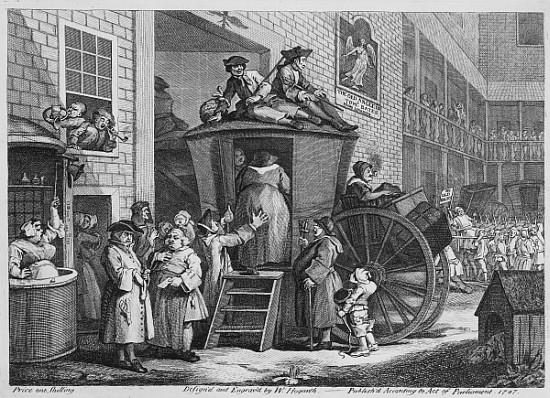 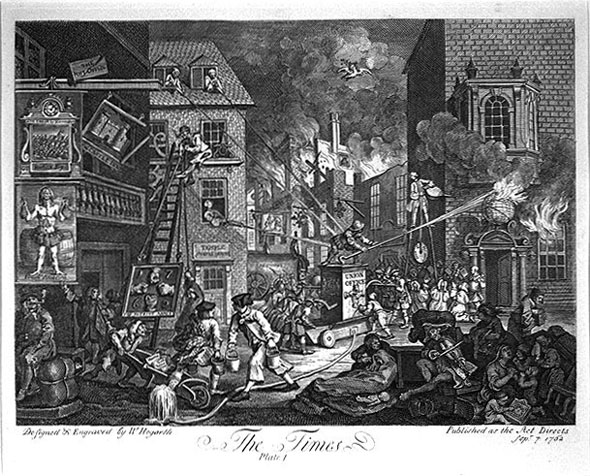 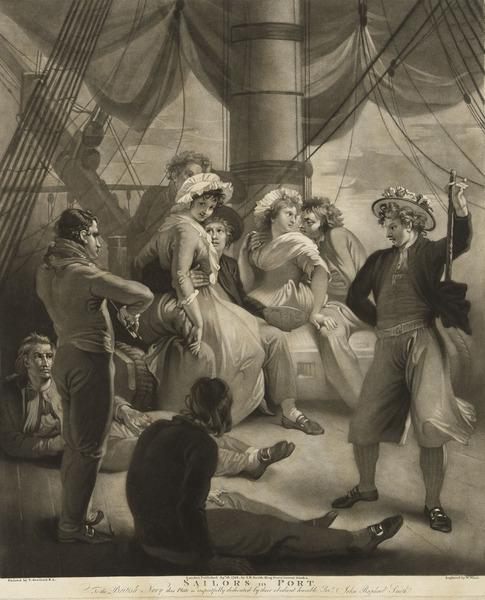 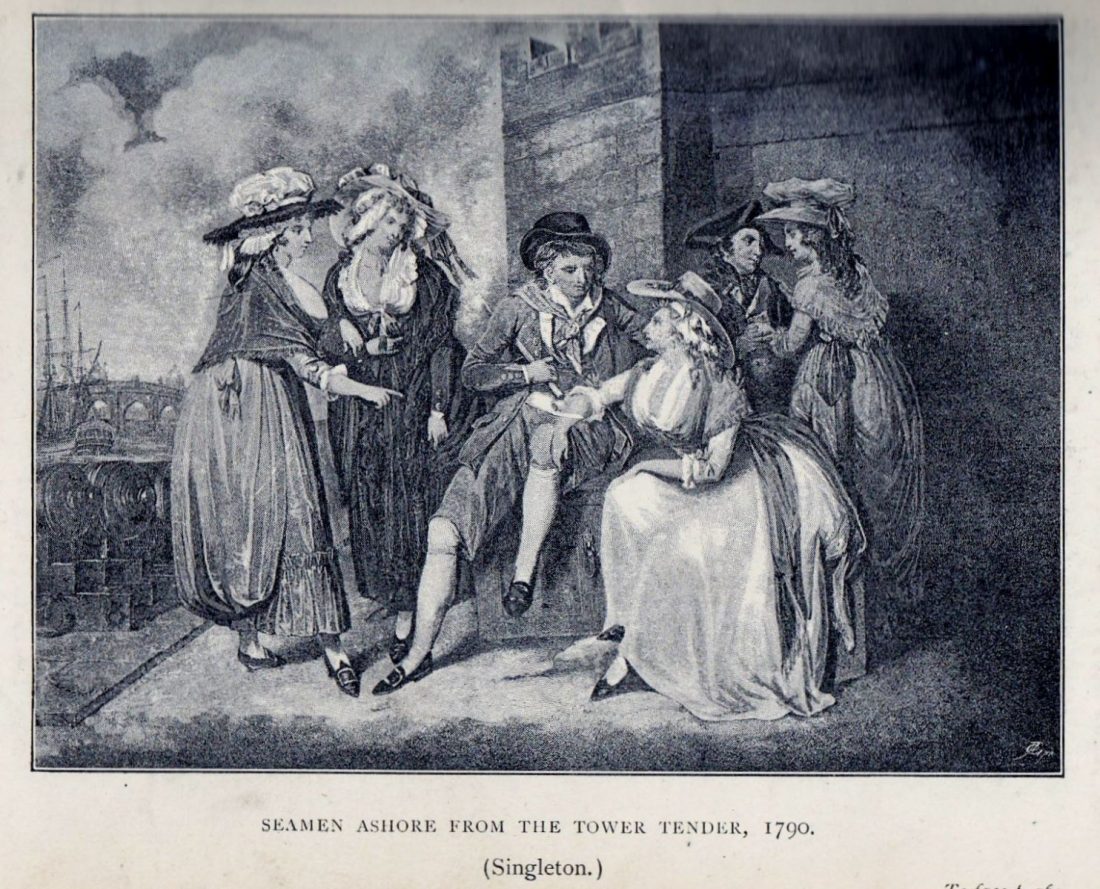 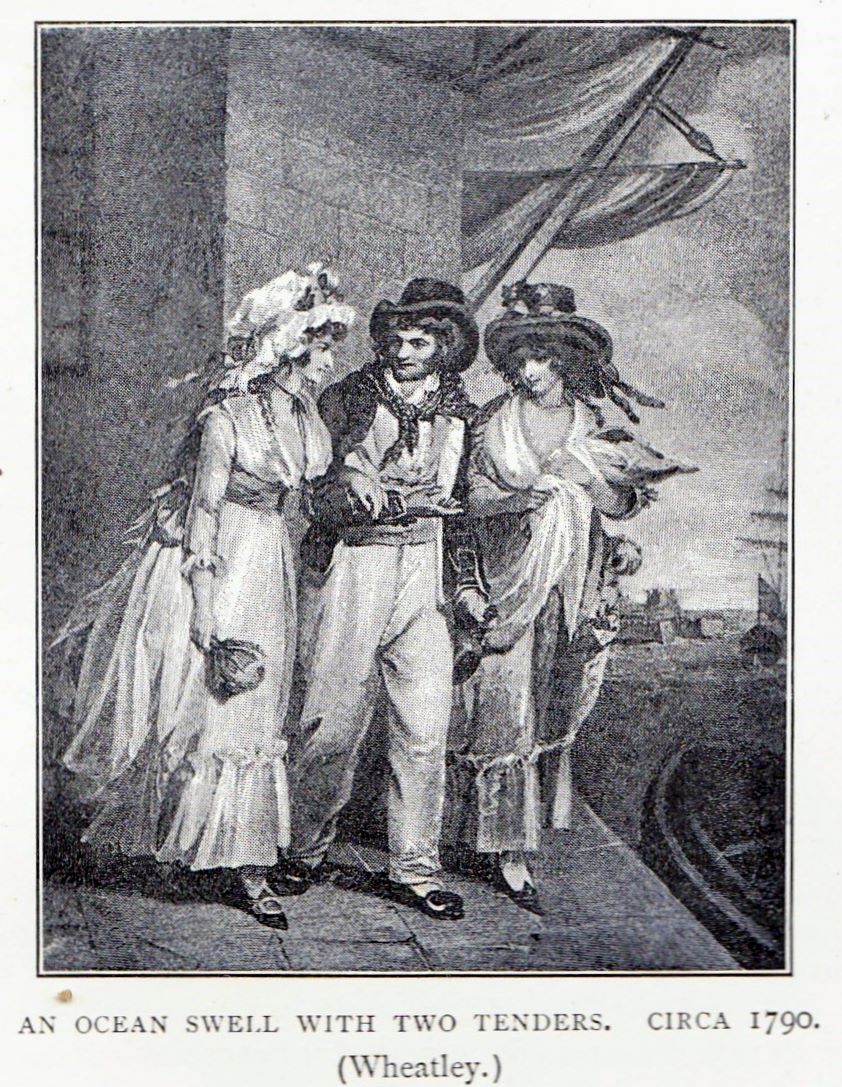 Pay which was accumulated on long voyages – or prize money – tended to be spent in very short order once crews finally came ashore. The respected painter Robert Dighton (1752-1814) and the cartoonist Isaac Cruikshank (1764-1811) depicted just how fast and furious the spree could be. 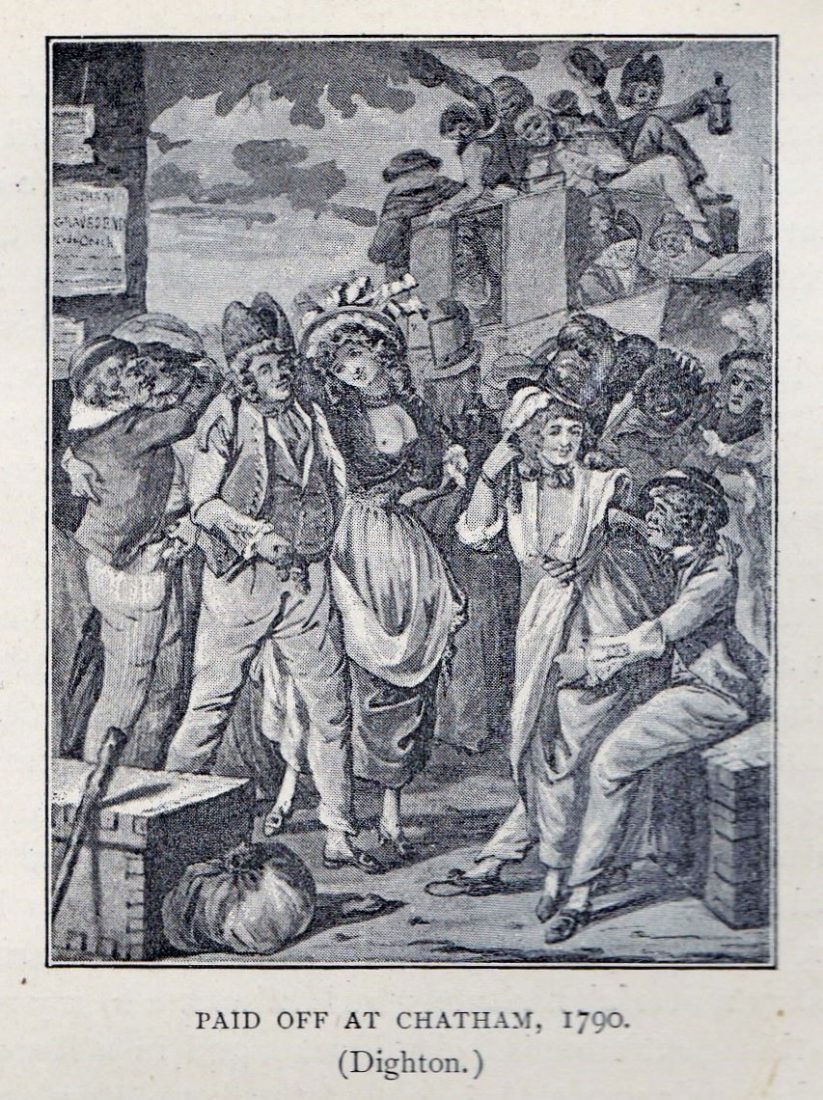 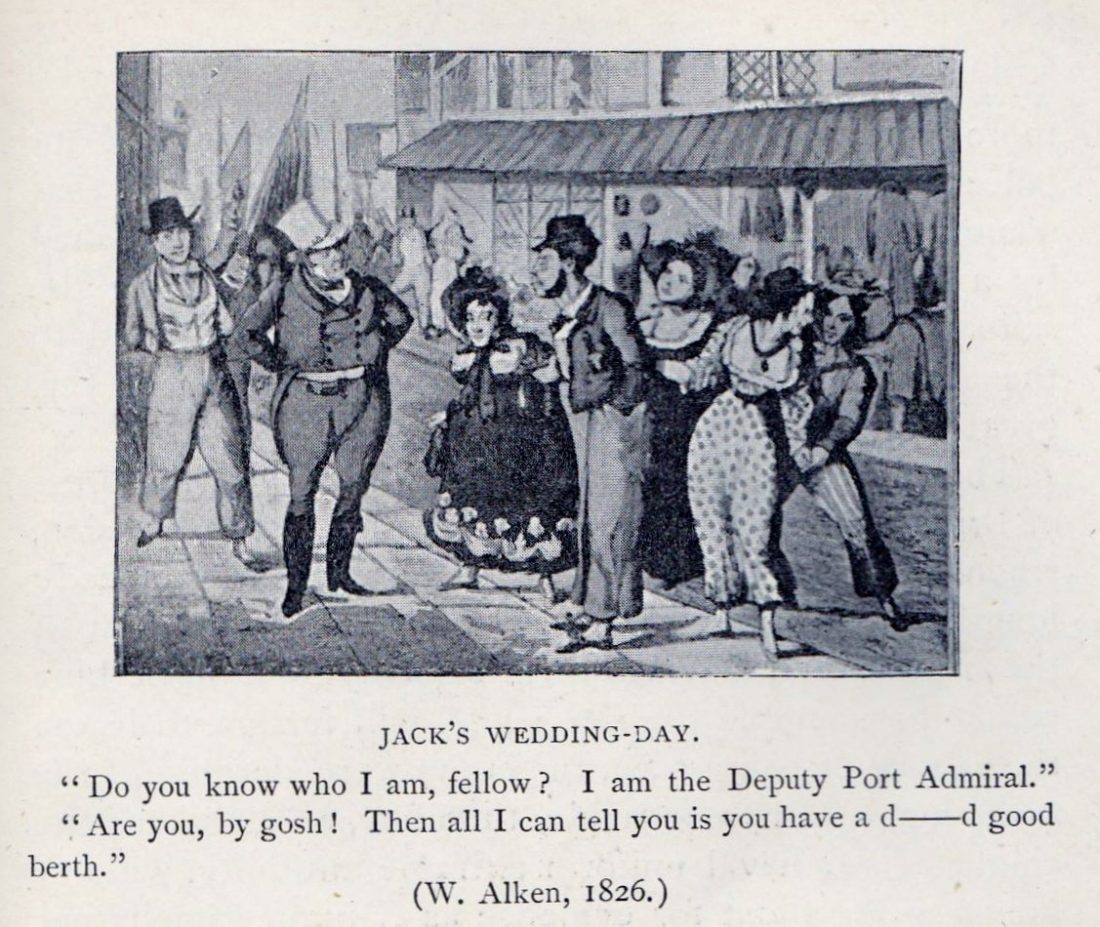 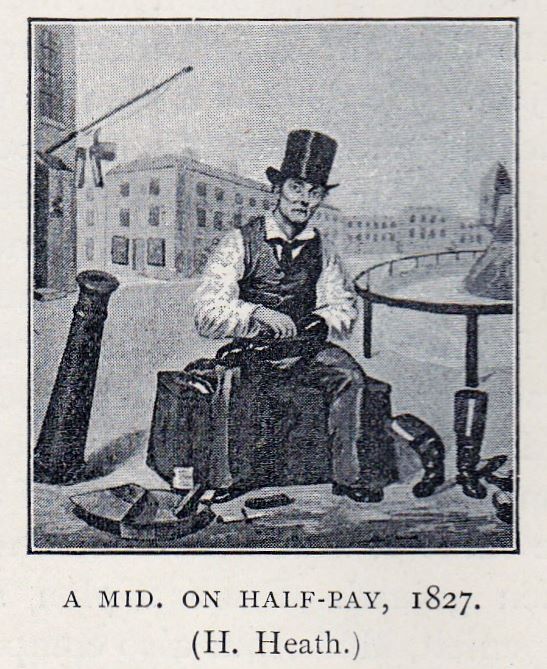 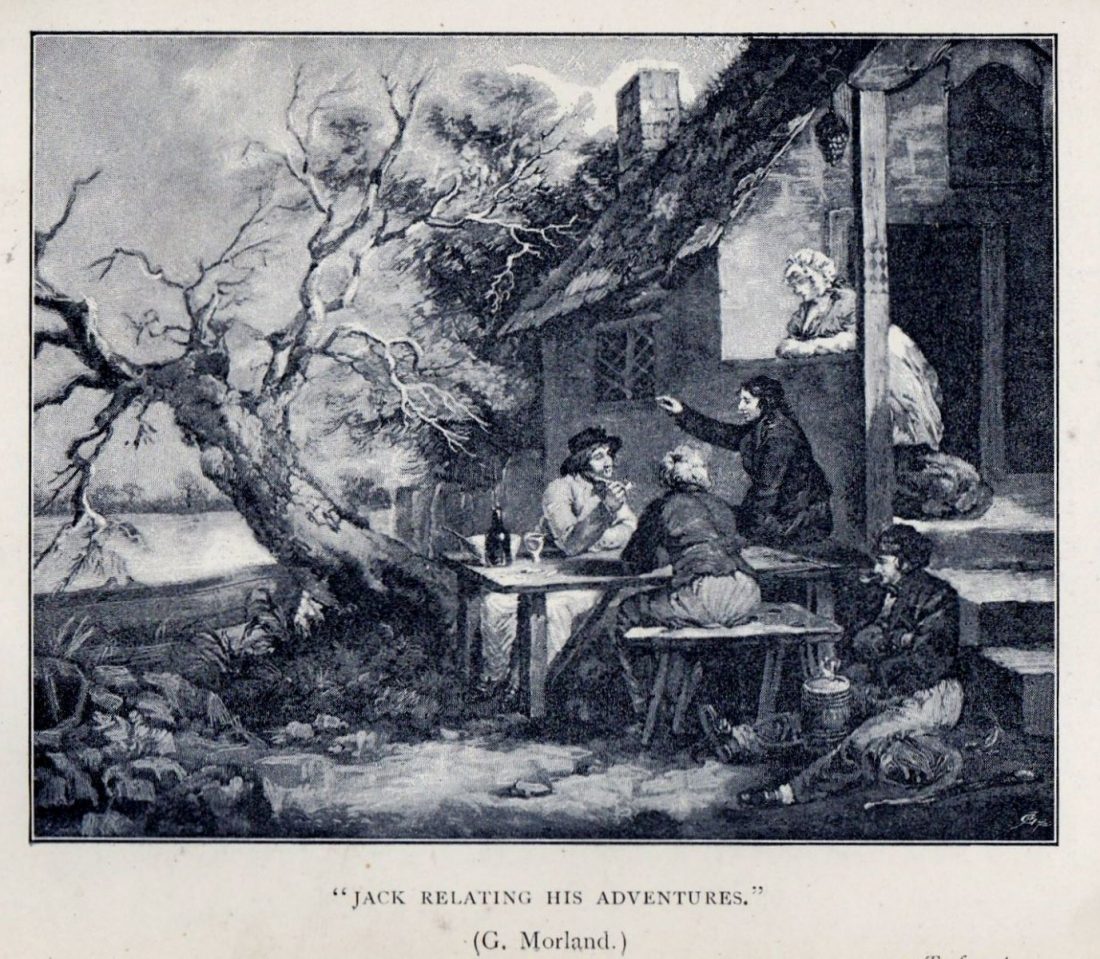 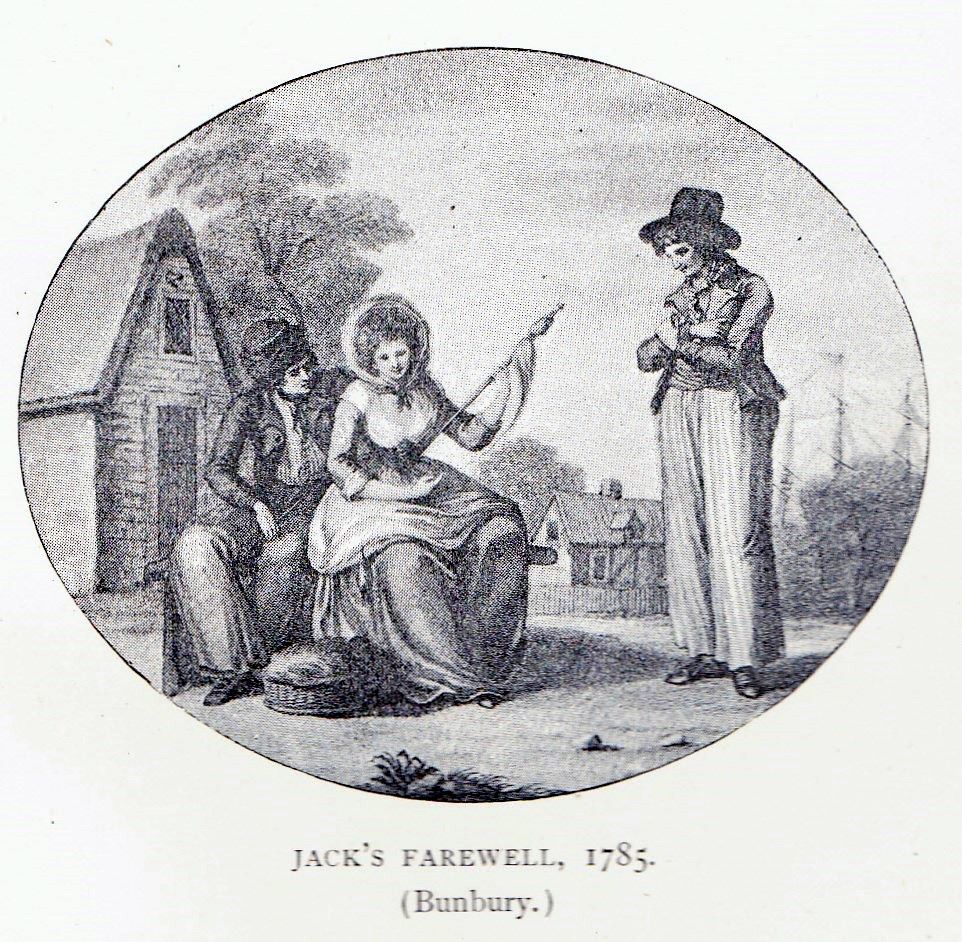