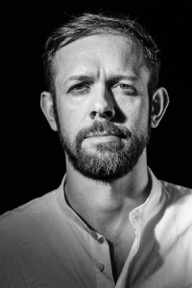 Antoine Vanner: One of the unexpected pleasures of becoming a historical novelist has been getting to know a wide range of other writers with whom I would not otherwise ever have come in contact. They’re always remarkable for their enthusiasm and for the passionate in-depth knowledge they have accumulated in regard to the history, personalities, customs and values of a specific period that fascinates them.

A writer who epitomises these characteristics is Piers Alexander – seen on the left – and he sets his fiction in the seventeenth century. You can find out more about him and his work at the end of this article. His recent novel Scatterwood is set in Jamaica in 1692 and it’s about real-life events there in that year that he writes in his guest blog. I’m pleased and honoured to welcome him to the Dawlish Chronicles site.

It’s a windless day in Port Royal, one of the richest towns in the Caribbean, on the island that has only recently lost the pirate Henry Morgan as its Governor. Skiffs and wherries ply between the busy harbour and the wharf, bringing beef and cider and ploughshares from England, casks and candles and salt fish from America. The new sugar trade is booming, and wealth is displayed without shame or caution: as Francis Hanson wrote ten years earlier, “almost every House hath a rich cupboard of Plate which they carelessly expose, scarce shutting their doors at night, being in no Apprehension of Thieves for want of receivers.” 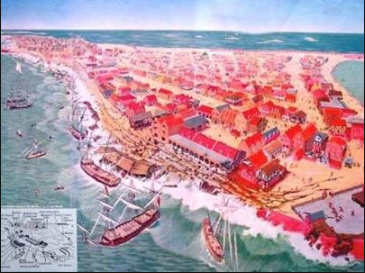 A great wave rushes in from the bay…

As noon approaches, the bustle dies down. There’s an unnatural silence. Dogs retreat from the harbour, and the ground abruptly rolls and moves, shakes and shakes again, throwing the church into the sea. The wharves collapse. The soft sand that Port Royal was built on rises like the waves of the sea, lifting up the town’s denizens and dropping them into cracks and pits, where many are buried with only their arms and legs showing. A great wave rushes in from the bay to the north. Survivors flee, but are caught by the flood, and have to clutch at beams and rafters to live. A Huguenot named Lewis Galdy is swallowed up by the earth, but then spat out again in an aftershock.

The Swan, of William III’s new Navy, is carried onto the rooftops by the force of the tsunami. Desperate Port Royallers climb up and crowd into its hull for shelter. From their new vantage point, they can see how violently altered the landscape is: houses have slid into the harbour, and their roofs are still visible. The rich storehouses that lined Thames Street on the waterfront have sunk into the bay, as have Forts James, Carlisle and Rupert. Only the great stellated bastions of Fort Charles – once Fort Cromwell – still stand. A century later, a young officer will pace up and down the parapet, waiting so obsessively for French invasion that it would become known as “Nelson’s Quarterdeck”. 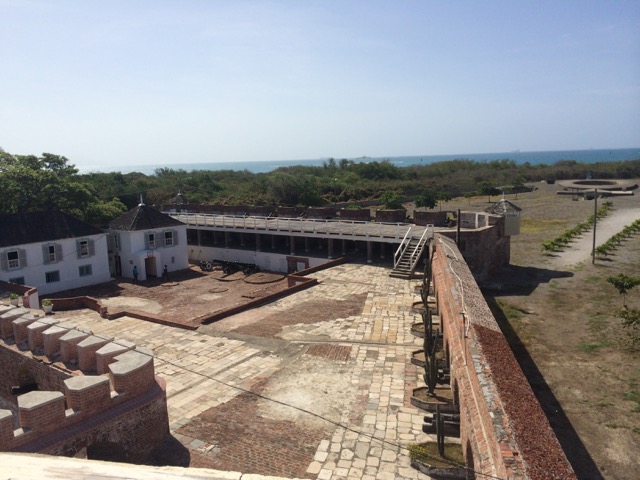 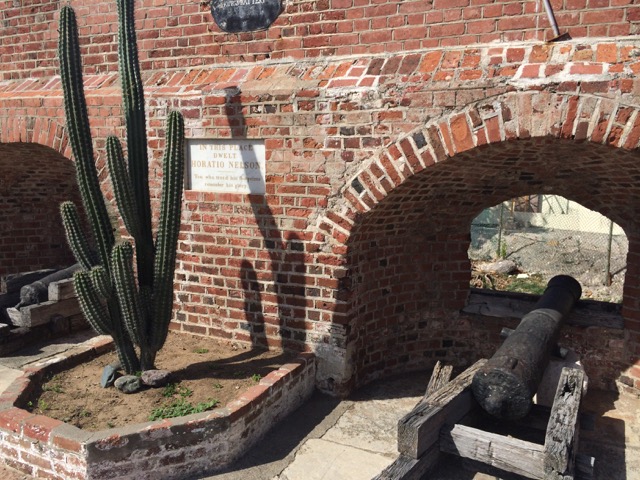 Perhaps a thousand people die in the earthquake. Double that number are killed by malignant fevers: the waters are thick with the recently dead, but also the rotting cadavers that have been torn out of the port’s graveyards.

It’s a disaster so profound that it accelerates the end of the Golden Age of Piracy, and almost leads to the loss of Jamaica to France, whose troops land on the island within the month 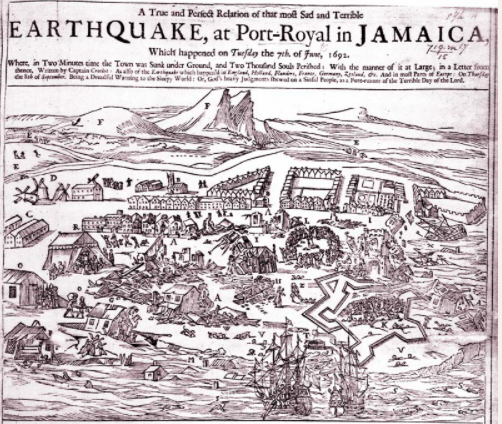 A contemporary view of the disaster

What of the treasures that sank into the harbour? The gold and silver plate looted from New Spain by Morgan and the other buccaneers? The wealth of the new plantation owners, the merchant traders, and the fruits of piracy on the Caribbean waters?

They have never been found. The Jamaican government recently, and controversially, gave a salvage licence to an American group to prospect for sunken treasure off the island: like so many enterprises before them, they found nothing. In Scatterwood, which is set around the time of the Port Royal earthquake, I suggest a possible explanation.

During the seventeenth century, there was a great deal of public interest in diving bells and apparatus. In the 1680s, a man walked the width of the Thames in a diving-suit. In 1691, Edmond Halley completed his design for a bell which had an internal bench for divers to sit in, and which used barrels of air to replenish the atmosphere. In the Royal Society’s Philosophical Transactions of 1714, Halley says that “the only inconvenience that attends it, is found in the Ears… a Pressure begins to be felt on each Ear, which by degrees grows painful, like as if a Quill were forcibly thrust into the Hole of the Ear…”

Is it possible that an early diving bell could have been used to raise Port Royal’s wealth? It was certainly an era of searching for shipwrecks using free divers. In 1686, Captain Phips raised over £200,000 from a sunken Spanish treasure ship off Hispaniola, paying 10% over to the Crown. James II and his successor/usurper William III then got wise to the value of salvage, and increased the rate to 50%. 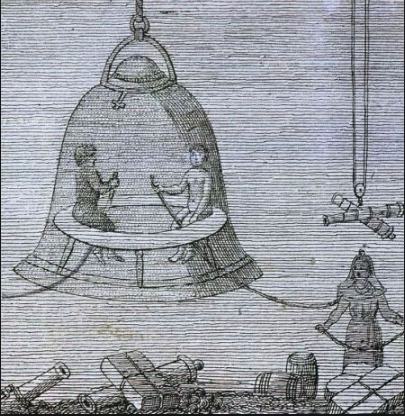 A “wild gambler” named Thomas Neale, who applied for all kinds of patents in his time, paid William III £450 for a monopoly on all Caribbean wrecks. His venture failed.

Today, Port Royal is a backwater. The shoreline has shifted, leaving Fort Charles landlocked, and a desolate naval graveyard on the Palisadoes – a spit of land occupied only by clouds of pale butterflies – is the only testament to the decades during which the peninsula was a strategic British asset. A few fishing boats still base themselves in the port, and it’s strange to look across the harbour at the activity in Kingston Harbour – you can experience it for a moment through this video.

Somewhere under those waters is, or was, a fortune built through piracy and exploitation. 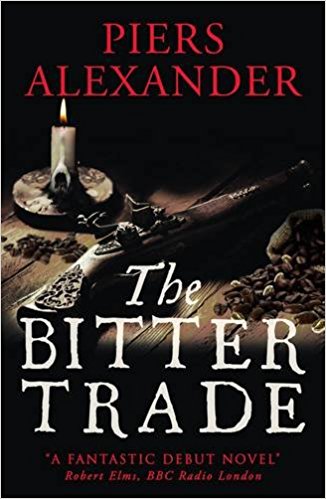 Piers Alexander’s debut novel, The Bitter Trade, won TLC’s Pen Factor, a Global Ebook Award and the Historical Novel Society’s Editor’s Choice (Indie Review). Both The Bitter Trade and Scatterwood were selected by WHSmith for their Fresh Talent list. Piers is also a serial media entrepreneur, and he lives in London with the singer-songwriter and author Rebecca Promitzer. 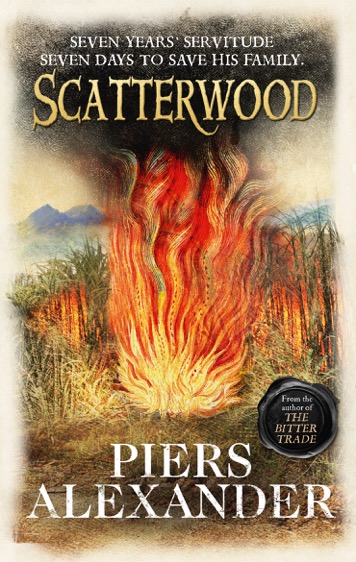