Skip to content
Pig-headed stupidity and the wreck of the Vrijheid, 1782

Pig-headed stupidity and the wreck of the Vrijheid, 1782

Many maritime disasters have been caused by poor ship designs, inadequate operating procedures, bad maintenance and overwhelming weather conditions. There are however – as with every type of disaster, by land and sea – cases where sheer pig-headed stupidity is the major factor. I came across a tragic example of this in an 1889 book by W. Clark Russel entitled “Betwixt the Forelands”, an informal history of the Straits of Dover and the approaches to them.  It concerns a Dutch troopship, the Vrijheid, which was heading south-westwards towards the straits, against a strong gale, in November 1782. A total of 472 people was on board, 320 of the soldiers and the remainder crew, as well as several wives and families. 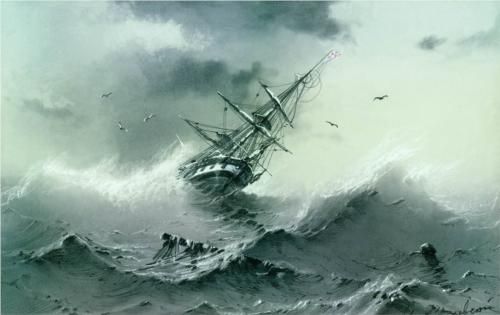 The Vrijheid was commanded by a Captain Scherman, described as “of slow mind and whose tardy operations were rendered perilous by a dominating spirit of frugality” (I love the elegance of expression in old accounts!) The ship had however passed south of the Goodwin Sands, the shallow banks that have proved a graveyard for hundreds of ships up to the present time. The Vrijheid was however leaking badly and proving unmanageable in the wave troughs. The gale was blowing from the south, threatening to drive her towards a lee shore. The wise precaution was taken of striking top-gallant masts and yards, an operation that must have been one of nightmare danger in these conditions. Scherman drove his vessel on until just abreast of Hythe (see map) and, in pitch darkness, let go his anchor, leaving the Vrijheid “labouring furiously on her cables”. 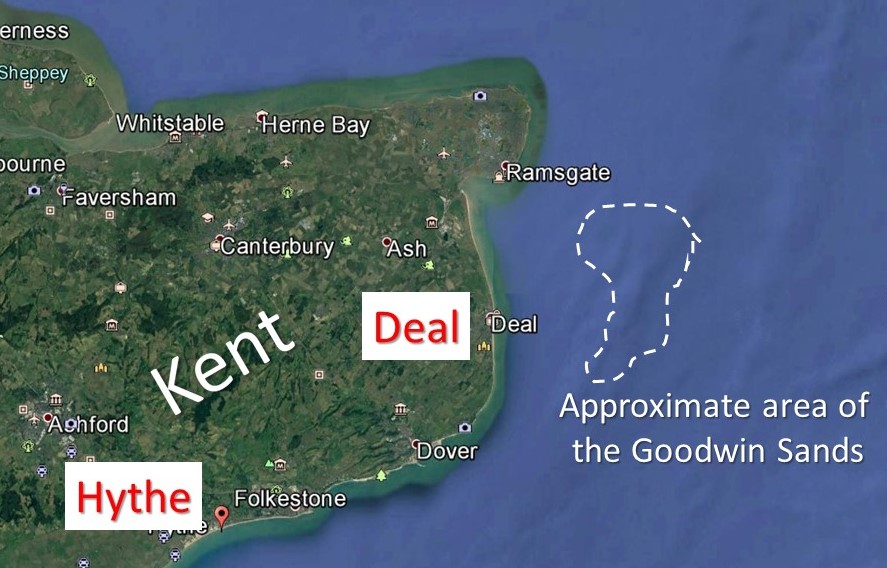 What followed was the sort of scene which Victorian authors seemed to have taken morbid delight in describing: “Courage of the kind called Dutch was sought among the spirit casks in the lazaretto, and the seamen were plentifully supplied with drams. But all this while there was a dreadful noise of shrieks, prayers and entreaties rising from the men, women and children.” This alarm was not unjustified, since dragging of the anchor or parting of the cables would result in disaster. “Some embraced their infants and wept over them in speechless agony; while others in vain implored their husbands to procure them the means of landing them on their native shore and to give up the voyage.” 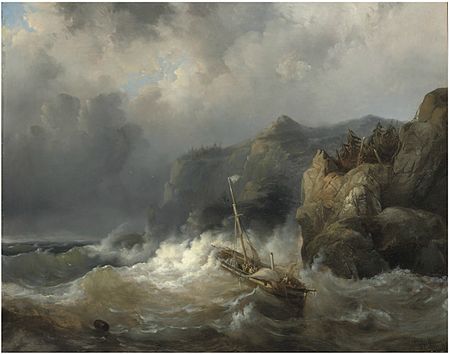 The ship survived the night but at six the following morning the anchor cable snapped and she was driven towards the shore just to the west of Hythe (close to what is today the terminal of the Channel Tunnel). The Vrijheid appears to have been still manageable, though only just. Help was at hand however – a Dover-based pilot boat approached and advice was called across to turn and head towards the Downs roadstead, off Deal, where a degree of protection would be available against the southerly gale. The drawback for the parsimonious Captain Scherman of the Vrijheid was however that anchoring fees would be payable there, and he was also unwilling to pay for the guidance of the Dover pilot – which would have been a wise precaution in view of the proximity of the Goodwin Sands. As the pilot boat departed one of its crew shouted “If you proceed, all hands will be lost – you are not acquainted with the coast and if the gale continues, nothing can save you.”

Two boats now approached, sent by the Commodore at Deal, and attempted to board to give advice. Scherman refused to cooperate and continued to let his ship drive before the wind. Shots were fired to draw his attention, but these too were ignored. One of the boas passed close under the Vrijheid’s stern and saw that the mainmast had now collapsed. The crippled ship drove on, leaving the boats behind. 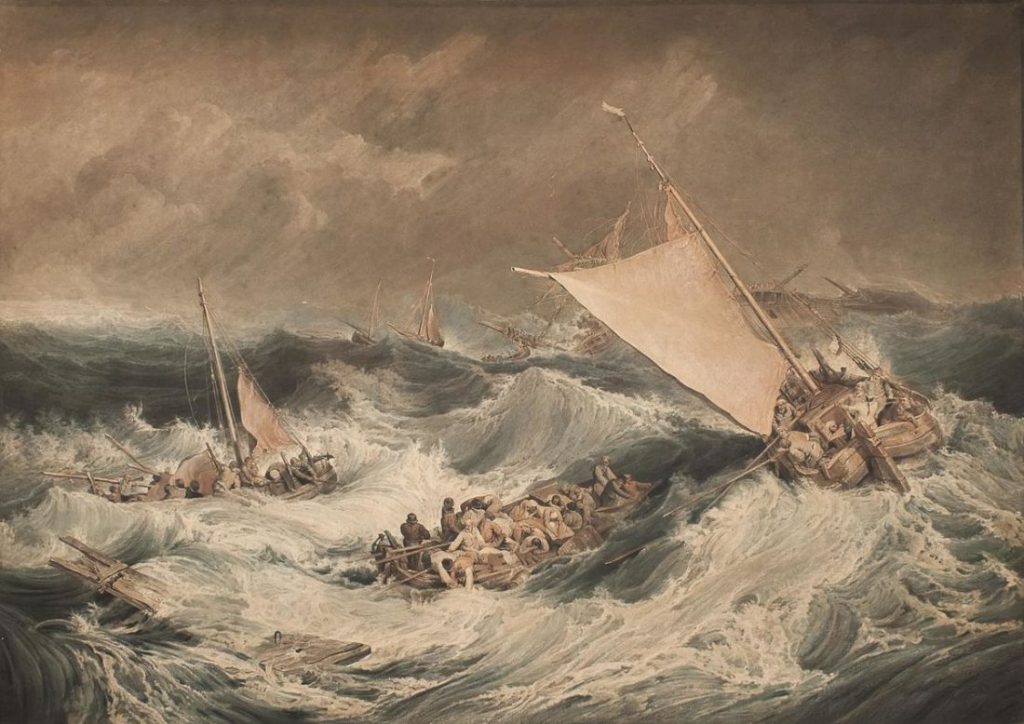 The vulnerability of small craft in storm conditions, graphically illustrated by Charles Turner (1774-1857)

“The ill-fated captain then appeared in the utmost agitation and bitterly regretted not taking a pilot on board, but it was now too late. The sea roared tremendously, with a dreadful swell.” Now, in the half-light of an early winter’s morning, the Vrijheid ploughed into a timber pier at the coast. “She rocked like a cradle for two or three seconds, then broke her back, and doubled up with the shock of an earthquake.” Horrors followed as the passengers and crew were swept overboard. Captain Scherman had himself and his wife and their infant child lashed to a hen coop and lowered over the stern, but to no avail, being overwhelmed before they could reach land. “A captain of marines was observed swimming with one hand whilst with the other he held up his wife by the hair of her head, till, overcome by cold and fatigue, he turned, clasped her in his arms, and both immediately sank.” 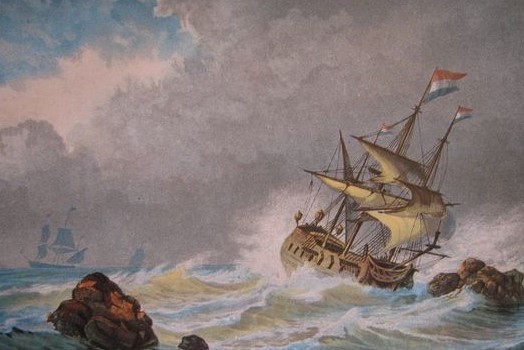 An illustration of an earlier Dutch shipwreck

The population of Hythe had turned out to watch but could do little to help.  “The naked, shuddering, sea-swept wretches could discern amid the fog and spray a crowd of men helpless to succour them, looking by idly at the harrowing picture. Every lifting surge bore its burthen of dead bodies.”

The final death-toll was 454 and there were only eighteen survivors.  Captain Scherman carried a heavy burden of responsibility to his watery grave.