Skip to content
The Capture of Gibraltar and the Battle of Malaga, 1704

The Capture of Gibraltar and the Battle of Malaga, 1704

I wrote this article when in southern Spain, between Malaga and Marbella.  The Mediterranean is narrow at that point and the mountains of the Moroccan shore are visible on a clear day. The sea funnels westwards towards the Straits of Gibraltar, which vary from 10 to 16 miles wide, and it was here that the Battle of Malaga was fought on 24th August 1704. It was perhaps the largest sea battle fought up to that time and one of the most significant events of of the War of Spanish Succession, in which British and French-led alliances fought each other from 1701 to 1714. From this conflict Britain emerged for the first time as a world power, and the long decline of French might, which would run through most of the next eight decades, had begun. 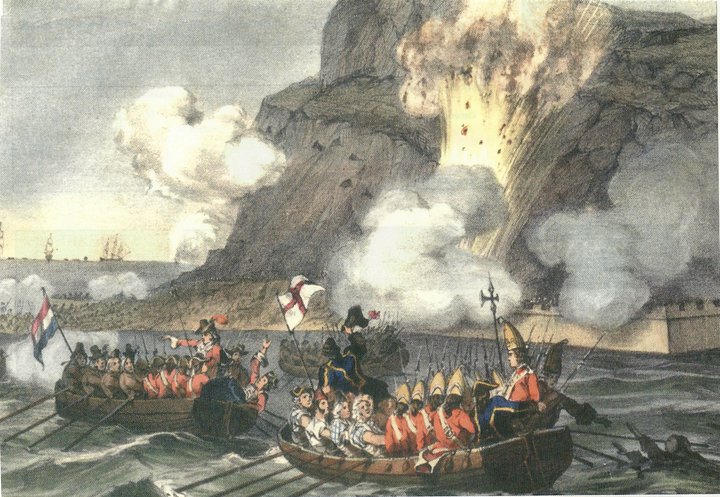 The battle was triggered by the capture of Gibraltar – “The Rock” – by a combined British-Dutch naval earlier in August 1704. A heavy naval bombardment preceded landing of marines at two points, one force launching an attack southwards from the narrow isthmus that connects Gibraltar to the Spanish mainland and another northwards from Europa Point at Gibraltar’s southern tip. The Spanish defenders were heavily outnumbered and outgunned and the governor surrendered. Britain’s gaining possession of Gibraltar, at the narrow entrance to the Mediterranean, was to have major strategic significance for Britain in all subsequent wars, and right up to our own day, when its continuing status as  a British Overseas Territory is deeply resented by Spain.

The strategic implications of the capture were immediately recognised by the French and Spanish, and the need for immediate recapture of Gibraltar was agreed. A combined French and Spanish fleet sailed accordingly south-westwards towards Gibraltar from their base at Malaga – several ships being towed out to sea by some of the large galleys present. The total French-Spanish force consisted of over 60 sailing warships, including some seventeen 1st and 2nd Rate vessels, and no less than twenty-four oar-propelled galleys. Nominal command was by the 28-year old Louis Alexandre, Comte de Toulouse, a legitimated son of Louis XIV by one of his mistresses. It is more likely however that actual command was by Toulouse’s deputy, Victor-Marie d’Estrées, a competent 44-year old sailor whose experience extended back to the Franco-Dutch War of the 1670s. 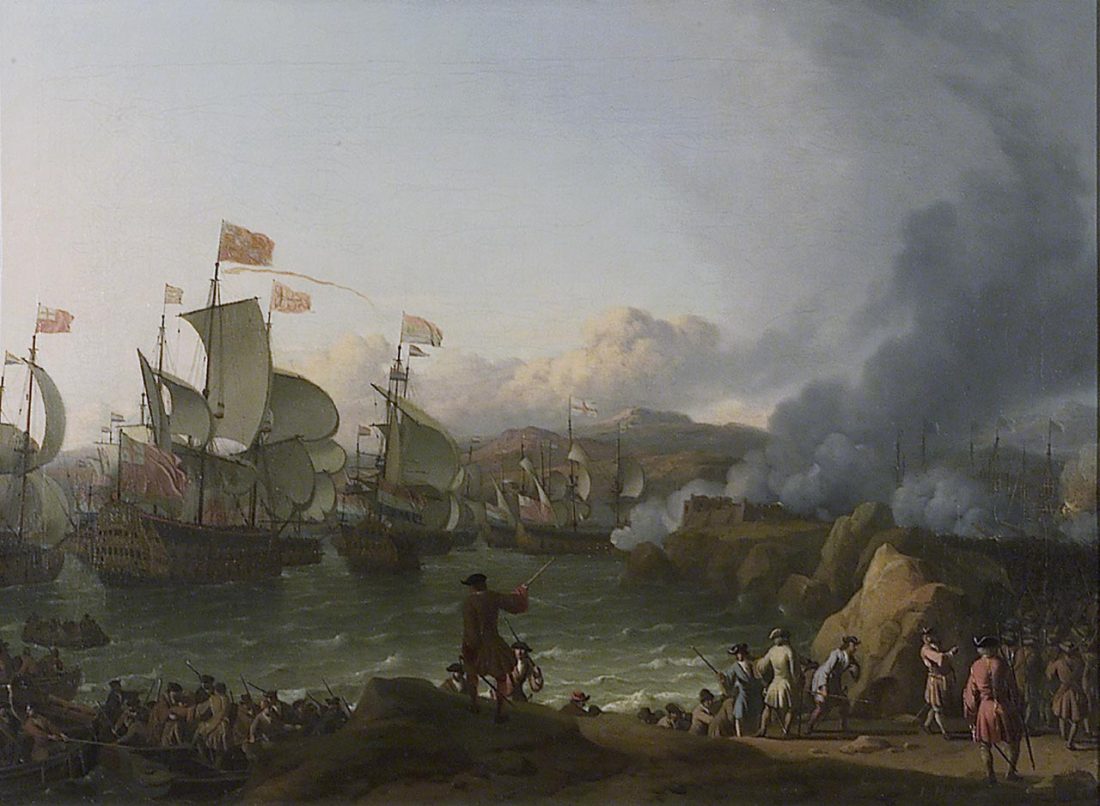 Alerted by intelligence that the French and Spanish had left Malaga, the combined British-Dutch fleet moved eastwards from Gibraltar to meet them. Overall command was under the 54-year old British Admiral George Rooke (1650-1709), whose experience was as long as that of d’Estrées. Apart from his capture of Gibraltar, Rooke had already scored a notable blow at the French-Spanish alliance by destroying a Spanish treasure fleet at Vigo Bay in 1702. His combined British-Dutch force was roughly equal in numbers to the enemy – almost sixty ships – but had fewer 1st and 2nd rates. His ammunition stocks had been depleted by the recent bombardment at Gibraltar.

The fleets were to meet in two continuous parallel lines – the preferred formation of the period – and favourable initial maneuvering by the British-Dutch force gave it the advantage of the “weather gauge”, an upwind position. The battle consisted of a long and bloody pounding match, ship against ship, and there were no attempts to break the enemy line, as was to be such a feature of Nelsonian tactics almost a century later. The casualties were to be high – over 2500 dead or wounded for the British-Dutch and 1600 for the French-Spanish. No ship was sunk or captured by either side though many were very seriously damaged and left barely seaworthy, one being a Dutch vessel which exploded the following day. Little part was played in the action by the galleys – the rowers of which must have endured hell, even if their vessels were not engaged – and they appear to have been concentrated at the rear of the French-Spanish line. Four galleys did however stage a concerted attack on a Dutch ship, the Gelderland, but were driven off by gunfire. 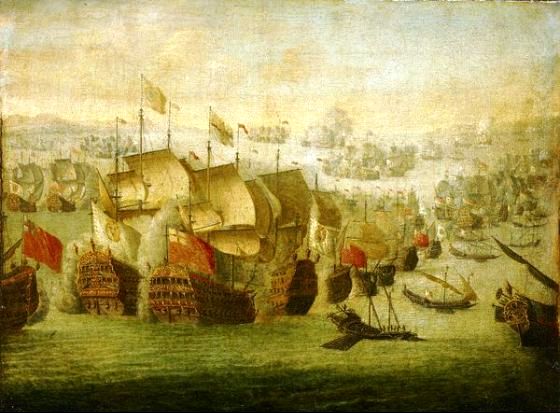 The Battle of Malaga. Note parallel lines of ships. Painted by Isaac Sailmaker (1633-1721)

Exhausted and battered, the fleets disengaged, the French and Spanish returning to Toulon and Malaga and the British-Dutch to Gibraltar. In view of the heavier British-Dutch casualties the French were to claim a victory, but this could only be in the narrow tactical sense, for the action had prevented recapture of Gibraltar. The Rock was to remain in British and Dutch hands throughout the war, and in British hands thereafter. The analogy with the Battle of Jutland – also arguably a tactical defeat for the Royal Navy but an undoubted strategic victory – is very pronounced.

Notable as this battle was for its long-lasting strategic implications, and for the huge number of ships involved, and for the high casualty toll, and for the participation of galleys (perhaps the last time British ships faced them?), this battle seems to have faded from popular historic awareness. As I looked out on a calm sea I could not but think sadly of the 4000-plus casualties and the misery they represented for so many thousands more, not to mention how different world history might have been in succeeding centuries had the outcome been otherwise.

Note that if you are an Amazon Prime subscriber you can borrow any one of the six Dawlish Chronicles novels, free, each month. The novels are also available for purchase on Kindle.  If you’re a Kindle Unlimited subscriber you can read any, at any time, without further charge.