Skip to content
Built to be unlucky? The French battleship Suffren

Built to be unlucky? The French battleship Suffren

The splendidly-expressive Yiddish word “schlemiel” describes a person who is invariably unlucky and  whose endeavours are doomed to failure – “so inept even inanimate objects pick on them”. One does come across such unfortunate individuals – who are usually likeable – but in reading naval history one is often struck by the fact that certain ships also have exactly the same characteristic. One such was the French pre-dreadnought battleship Suffren. 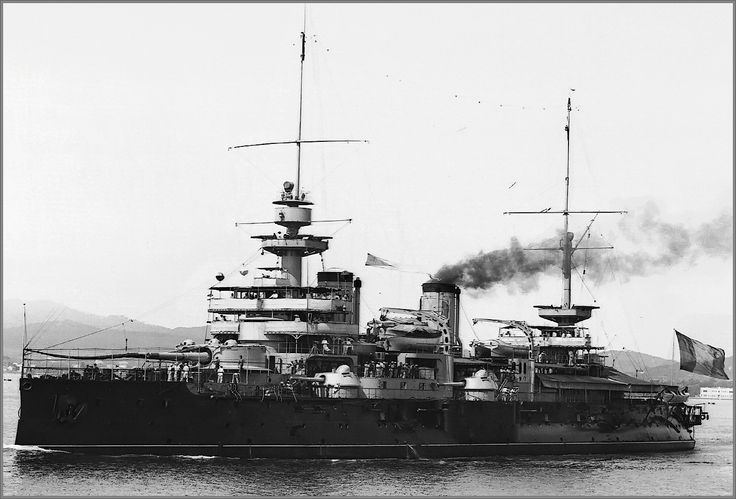 The Suffren – a handsome but unlucky ship 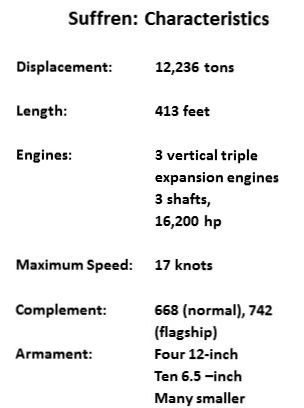 Launched in 1899 but not entering into service in 1904 – a year before the construction of HMS Dreadnought made all previous battleships obsolete – the Suffren was “an instant dinosaur”. Not a good start! Shortly before commissioning  the Suffren was to participate in a hair raising (or wool-raising) test of new steel armour.  A 22-inch thick plate was attached to the side of the forward turret and a succession of 12-inch shells were fired directly at it by the battleship Masséna, which was anchored only 100 yards away.  The test was successful: the first three were training shells and merely struck splinters off the armour but the last two, fired with full charges, cracked the plate. The turret and its electrical fire-control system remained operational however. The Naval Minister, Camille Pelletan, who was observing the trials from the Massena, was lucky not to have been killed by a 110-lb splinter that landed next to him. The real heroes of the occasion were however six sheep who had been placed (presumably involuntarily) inside the turret. They were reported to have been unharmed but one does wonder about their subsequent hearing abilities and mental health. 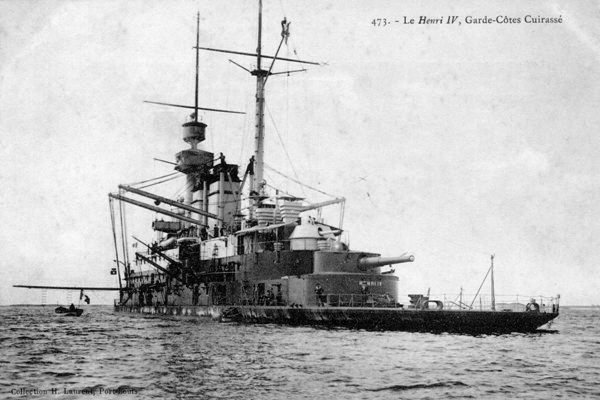 It might be observed in passing that sheep close to a French naval shipyard in the early 1900s could not rely on life being a bed of roses. The battleship Henri IV, which entered service in 1903 was the first warship to have one turret superimposed over another – in this case a 5.5-inch weapon above the ship’s main after-turret, which carried a single 11-inch weapon. The effects of firing the smaller weapon on the occupants of the turret below were unknown. Doubts were resolved in this case also by herding in a number of sheep, and they too were regarded as having survived the ordeal without ill effects. Since hundreds, if not thousands, of warships were subsequently to employ superimposed turrets, naval architects the world over owe these unfortunate animals a debt of gratitude.

Back to the Suffren and the misfortunes that would bedevil her career. In 1906, during fleet exercises, she rammed the early submarine Bonite . The impact was a glancing one but enough for the frail craft to tear a gash large enough to flood two of Suffren’s compartments – which said a lot about her underwater integrity. The Bonite was even more badly damaged – not surprisingly – but managed to stay afloat by dropping her weighted keel, a feature of her class. There were no casualties on either vessel.

On 12th March  1907 the Suffren was to be at the wrong place at the wrong time. She was in drydock in Toulon close to the pre-dreadnought Iéna when this vessel’s magazines exploded accidently.  The Iena was ripped apart, hurling burning fragments that started a small fire aboard Suffren, though no serious damage was done. 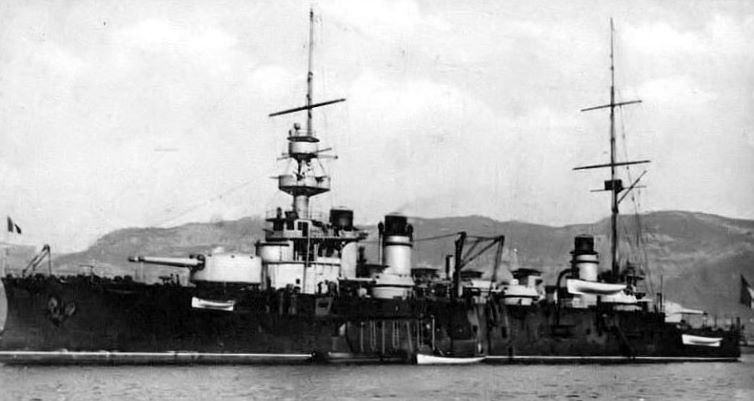 Democratie – collided with Suffren in May 1914

The following year, 1908, saw the Suffren’s port propeller fall off – which says a lot about the quality of her shafts – and two years later the starboard propeller followed suit. In 1911 and anchor chain broke (more metallurgical problems), killing a sailor. Another narrow escape was to follow in May 1914 when the Suffren lost power during fleet manoeuvres and collided with the later pre-dreadnought  Démocratie, fortunately with only slight damage. 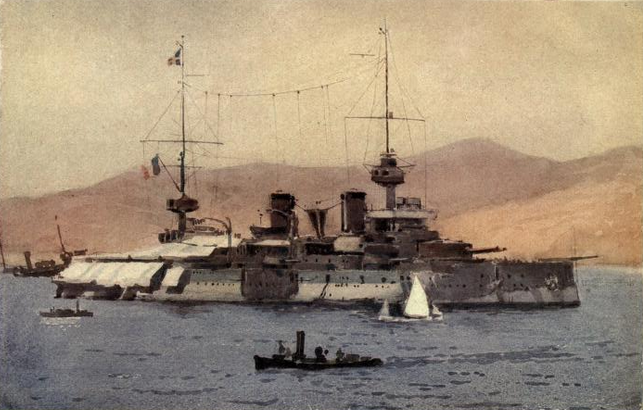 Given her unfortunate record it is surprising that the Suffren not only delivered effective shore-bombardment service at Gallipoli in 1915 but that she survived some fourteen hits by Turkish shells, some as large as 9.2-inch, albeit suffering damage and deaths. She returned to Gallipoli after repair and during the evacuation of Allied troops in early 1916 she managed to collide with, and sink, the British horse-transport steamer Saint Oswald. She sustained serious damage herself and had to return to Toulon for repairs, after which she was deployed to the Salonica Front, where she saw no action. 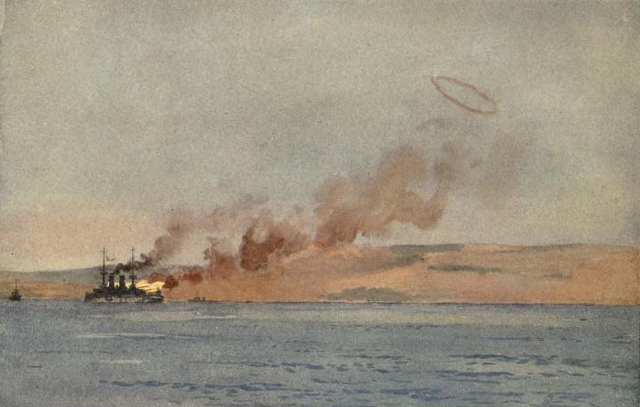 Due for a full refit in late 1917 she was routed to the French naval base at Lorient, on the Atlantic coast of Brittany. She put in at Gibraltar, where she was delayed by bad weather, before setting out again, without an escort.

The Suffren’s luck, what little she had of it, had now finally run out. On the morning of 26th November, some 50 nautical miles off the Portuguese coast near Lisbon, she was torpedoed by the German submarine U-52, which was en-route to the Austro-Hungarian naval base at Cattaro. The U-52 had form – she had already sunk the Royal Navy’s light cruiser HMS Nottingham in the North Sea on 19th August 1916 and was to sink over 30 vessels in the course of her career. She was no less lethal on this occasion. Her torpedo detonated a magazine and the Suffren sank within seconds, taking her entire crew of 648 with her. U-52 searched the scene but found no survivors.

It was a tragic end to a career that had started inauspiciously and which had lurched from one accident to the other. Few ships can have been more consistently unlucky than the Suffren – a true maritime schlemiel.

Start the 8-volume Dawlish Chronicles series of novels with the earliest: