It was very noticeable in 2014/15 that though commemoration of the First World War opened with a fanfare – and in Britain at least focussed on the Western Front almost to the exclusion of all else – its profile in the media dwindled steadily thereafter. Throughout the years up to 2018 there were however a number of 100th anniversaries of losses and tragedies which provoked shock and anger at the time, but which are now remembered, if at all, only by the families of the victims. It is with one such case that this article deals, for though all shipwrecks are terrible an extra degree of horror is involved when the vessel in question is carrying sick and wounded troops – as was the case with the hospital ship HMHS Anglia. 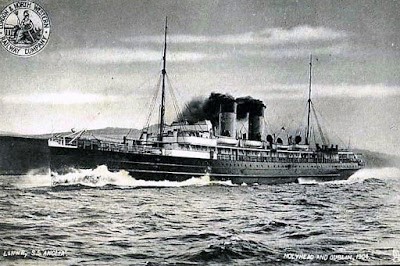 Away from the Western Front 1915 was not only the year of Gallipoli, but also of the first German unrestricted U-boat campaign. From February to August commercial shipping was especially targeted and two incidents in particular, the sinking of the liner RMS Lusitania in May and of the SS Arabic in August, both involving loss of American citizens, came close to drawing the United States into the war. It was to avoid this that in September orders were given that the German High Seas U-Boat flotillas be withdrawn from the commerce war. This did not mean the end of the killing however and merchant ships and fishing vessels continued to be vulnerable should they be considered to be contributing to the Allied war effort. In the month of November 1915 some 60 non-naval ships were sunk by U-boat action, either by torpedoes, by shelling, by explosive charges placed by boarding parties, or by laying of mines in coastal waters. This last was a role for which the submarine was particularly suited. 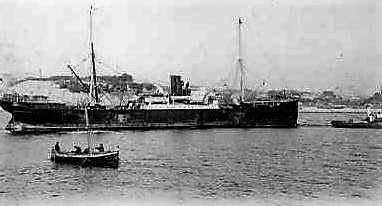 The vast majority of these craft were sunk in the North Sea, in the English Channel and Western Approaches, and in the Mediterranean. In addition two major troopships were torpedoed off the North African coast by the submarine U-30, the French Le Calvados on 4th November, with the loss of 740 lives and the Italian Ancona, sunk four days later with some 200 lost. The most terrible loss of all, smaller in number of casualties but even more dreadful in detail, was the sinking of HMHS Anglia. The 100th anniversary of this tragedy was on 17th November 2015. 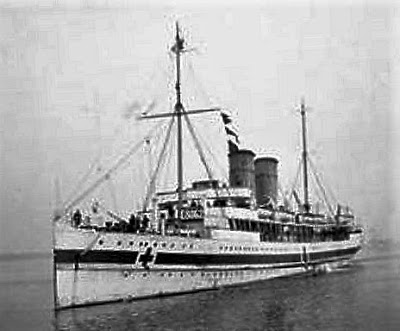 HMHS Anglia, identified as a hospital ship by her white hull and markings

Built in 1900, the Anglia was a 1862-ton, 362-foot passenger ferry had served in peacetime on routes across the Irish Sea from Liverpool and Holyhead to Dublin. Her extensive public spaces and high speed – 21 knots – suited her for conversion into an auxiliary hospital ship in mid-1915. Serving on routes across the English Channel, she was an ideal vessel for carrying wounded back to Britain from France. She was sufficiently well thought of that when King George V, visiting France to review troops, suffered a riding accident it was on HMHS Anglia that he was brought back to Britain. 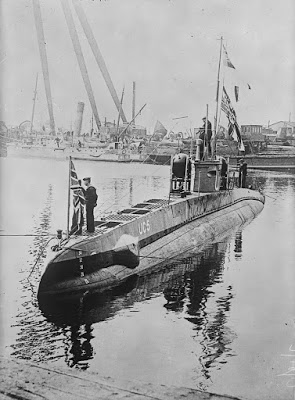 UC-5 after capture by Royal Navy

Considering the vast numbers of troops who were carried across the English Channel in the war years, it is surprising that so few hospital or troop ships were sunk. This is the more so since German capture of most of the Belgian coast allowed U-boat flotillas to be based in the ports of Ostende and Zeebrugge. Nets and minefields offered some, but not impenetrable, defence against U-boats passing through the Straits of Dover, and the majority that managed to do so were focussed on raiding or mine-laying further west.  The success of the mixed force known as “The Dover Patrol” in securing the safety of troop movements to and from France was to be one of the great, and now largely forgotten, epics of the First World War.

HMHS Anglia was to be one of the victims of a U-boat which did pass safely through the British defences. This was UC-5, a small 168-ton minelayer submarine which entered service in mid-1915. In a career lasting just one year the mines she planted accounted for no less than 28 ships, including the British submarine E-6, as well as damaging several more.

In the morning of 17th November 1915, HMHS Anglia left Boulogne harbour and headed for Britain – a passage of a few hours only. On board she carried some 366 wounded men, of whom 166 were “cot cases” accommodated on beds or stretchers.  She headed for a gap in the British sub-surface defences known as “The Folkestone Gate”, reaching it just after noon. Close to it she struck a mine, the explosion being sufficiently powerful to rupture a hole on the port side, just ahead of the bridge. She immediately began to settle by the bows, listing heavily to port as she did. The bridge had been wrecked, though the captain, Lionel John Manning, had survived. He immediately tried to have a radio-SOS transmitted but the set was damaged and the operator was injured. 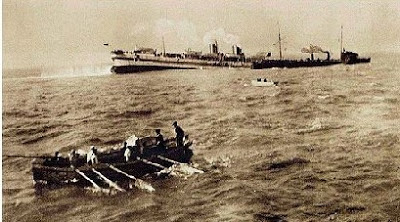 Photograph from rescue ship – HMHS Anglia is down by  bows, Ure standing close by 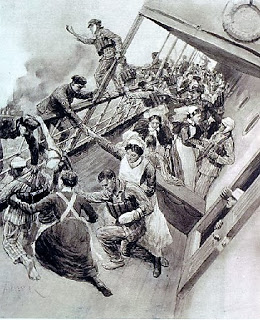 The scene on deck as visualised by       the Illustrated London News

All now depended on the Anglia’s escort, the River-class destroyer HMS Ure, and other vessels in the vicinity. HMHS Anglia had begun to settle so quickly that two of its hospital wards were flooded almost immediately and it appears that few escaped from them. Other wards became quickly awash and crew, nurses and the less badly-wounded patients now attempted to get the more severely injured cases to safety. Due to the listing only one lifeboat could be got away – this was on the port side and could take no more than 50 people. Despite this order was maintained and the behaviour of all involved appears to have been beyond praise as regards selfless courage and discipline. Stories abounded of nurses staying by the wounded as the ship settled and of amputees finding the strength to struggle on deck or even to swim.

HMS Ure drew close to take off as many as she could, transferring them to a nearby collier, the SS Lusitania (a namesake of the liner torpedoed earlier in the year) and to HMS Hazard, an 1894-vintage Dryad Class torpedo-gunboat that had been converted for use as a submarine depot ship. By now HMHS Anglia’s stern had risen so high that her propellers were uncovered, still rotating. The Lusitania had been just to the west as the mine exploded and she had immediately put about and launched two boats. Despite the hazard represented by the propellers these boats pulled in under the Anglia’s stern and allowed some 40 men to jump into them. As the Anglia’s head dipped further the Ure’s captain placed the destroyer across the sunken bows and managed to get yet more survivors away. The last off appears to have been a fourteen-year old assistant steward called Herbert Scott. 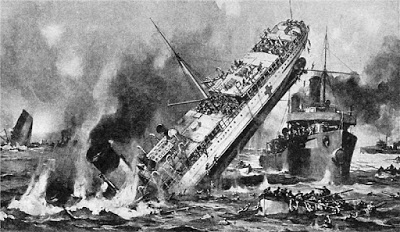 HMHS Anglia went down some twenty minutes after the explosion, and settled on the shallow seabed, her masts rising above the water’s surface. The tragedy was not yet over however. 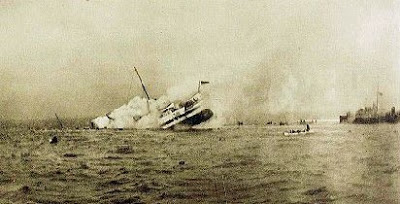 The Lusitania’s survivor-laden boats had just drawn alongside her when she too touched off a mine. As she settled, and rolled over, her boats managed to get her crew off. She floated for some time, keel up. By now however other ships had arrived on the scene and the survivors were quickly transferred to them.

Given the short time between explosion and sinking, and the incapacity and vulnerability of the passengers HMHS Anglia carried, the casualty list could have been much longer had not such discipline prevailed. The 164 dead were made up of one nursing sister named Mary Rodwell, nine Royal Army Medical Corps staff, and 129 wounded men. 25 of the Anglia’s own crew died.

UC-5 on display in Central Park, New York, after the US entered the war

And UC-5? Her fate was a bizarre one. She ran aground off the British coast in April 1916. She was recovered and put on display in the Thames in London and afterwards, then the United States entered the war, in New York’s Central Park. Few who saw her there could have imagined the horror she had unleashed on HMHS Anglia – yet dreadful as it had been it was just one more tragedy in a month of tragedies.

The Dawlish Chronicles – now up to ten volumes, and counting. Available in paperback and Kindle. Kindle Unlimited subscribers read at no extra charge. Click on the banner above for details of the individual books.