A duel of brigs: HMS Pelican and USS Argus 1813

The War of 1812 at sea is often thought of in terms of epic single-ship actions between frigates, but one of the most bloody encounters took place not just between two much smaller craft, brigs of war, HMS Pelican and USS Argus, but in British home waters.

The archetypal mage of the Naval War of 1812 – British and American frigates in close combat, as here,  the action between USS United States and HMS Macedonian – painting by Fred Pansing (1844-1912)

On August 12th a Royal Navy Cruizer-class brig-of-war, HMS Pelican, Captain John Fordyce Maples (1768 – 1847), armed with eighteen 24-pounders and two long 12-pounders, was sent out from Cork to cruise in St. George’s Channel, the narrow passage between Wales and Southern Ireland. There, three days later, on August 14th HMS Pelican encountered the American brig, the USS Argus, off St. David’s Head on the coast of Pembrokeshire. 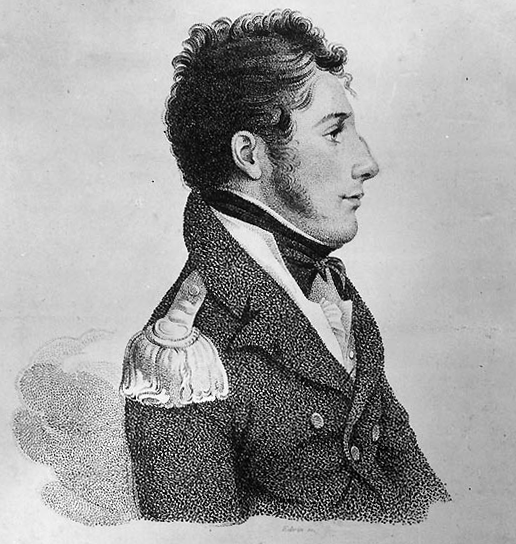 USS Argus had already had a brief but spectacularly effective career as a commerce raider, cruising off the southern coasts of Ireland and even penetrating the Shannon estuary in pursuit of a prize. It is an example of just how shortsighted – even blind – navies were prior to the arrival of aircraft and radar, since the waters involved were very close to land. USS Argus’s  most successful single day was to be August 11th when she captured no less than six British merchant vessels. By now she was overladen with captured crews – these having being taken off before their ships were burned. Two days later, on August 13th, the Argus took three more prizes. One, a sloop laden with timber, was chosen as a “cartel”, a vessel that would carry the prisoners to safety. Her cargo was thrown overboard and the captives transferred to her. The other two vessels were to be burned but one was carrying a large cargo of linen that would represent significant prize-money should it be brought back to the United States. The linen was according transferred to the Argus before the merchantman was set afire. This was to be Argus’s last prize and it brought her tally on this voyage up to some twenty.

It was the flames of the burning merchantman that were to attract HMS Pelican during the following hours of darkness. She clewed her courses to shorten sail but being unable to get the weather-gage gave Captain Maples the opportunity of running alongside. The American captain, William Henry Allen (1784-1813), was however confident of “gaining the victory in ten minutes”. Broadsides were exchanged for some ten minutes longer than that, during which Captain Allen was wounded and taken below. HMS Pelican, on the Argus’s weather quarter edged off to cross her stern to deliver a raking fire. Only swift action by the Argus’s sail-trimmers by taking the maintopsail aback and luffing the vessel frustrated this manoeuvre and enabled Argus to deliver another broadside. HMS Pelican again attempted the manoeuvre and the Argus was subjected to further severe punishment before Maples laid the Pelican alongside. Maples himself, sword in hand, led the boarding party. It met only a single volley of musketry, which killed Pelican’s master’s mate, a Mr. Young, and within minutes the American had struck her colours. 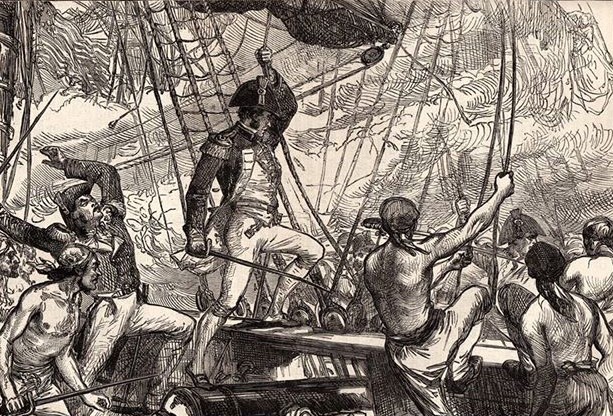 A perhaps idealised Mid-19th Century image of Maples (was his uniform this smart?) at the moment of boarding

Both vessels were badly damaged and HMS Pelican’s losses amounted to six killed and twenty-one wounded out of a total complement of 104, a 25% casualty rate, a high one, especially bearing in mind that wounding in that age frequently resulted in amputation or other major incapacitation. Total American losses were 40, a no less horrific toll, given that the crews would have been roughly similar.

The entire action lasted some 45 minutes and Maples was rewarded by immediate promotion to Post Captain and the Order of the Bath. The less fortunate American commander, Captain Allen, died during amputation of his leg and was buried with full honours in a churchyard in Plymouth.