On the Royal Navy List for 96 Years – Sir Provo Wallis

I am always amazed at just what change – political, technical, economic, scientific – can occur in a single human lifetime. I was reminded of this when I saw a reference in an 1895 book to the demise in 1892 of Admiral of the Fleet Sir Provo Wallis. He was 101 years old and his name had been entered on the Navy List for 96 of these years.

This was due to Wallis’s father, a clerk in the Naval Yard at Halifax, Nova Scotia, getting his name entered as an able seaman on a frigate, HMS Oiseau, when he was just over four years old. Such sharp-practice was common in the period, though usually with much older boys, and they did not actually go to sea until some years later. They were however amassing seniority. It is probable that Wallis did not actually serve afloat until he joined the frigate HMS Cleopatra as a midshipman in 1800. By 1809 he was a lieutenant on the sloop-of-war HMS Curieux (captured French ships retained their names when serving in the Royal Navy). 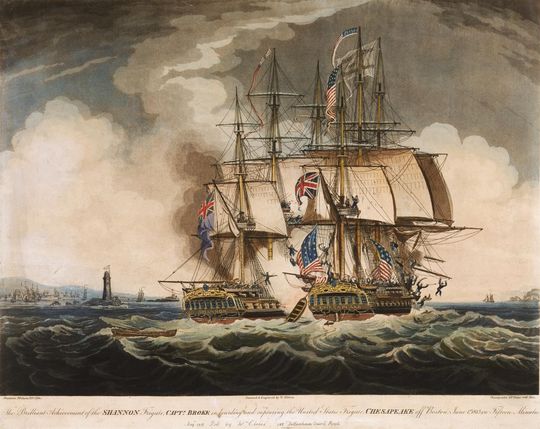 Wallis’s moment of glory was to come in 1813, when he was serving as second lieutenant on board the frigate HMS Shannon when she fought her victorious action against her counterpart USS Chesapeake on June 1st, 1813. When Shannon’s Captain Philip Broke was badly injured and her first lieutenant killed, the twenty-two year old Wallis took command. 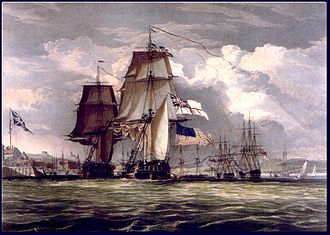 Wallis, in Shannon, leads the Chesapeake into Halifax

Wallis had the honour of taking the captured Chesapeake into his home town, Halifax, Nova Scotia and the victory was especially significant for having ended a series of Royal Navy defeats inflicted by American ships. (In Patrick O’Brian’s The Fortunes of War Jack Aubrey and Stephen Maturin are passengers on board the Shannon). 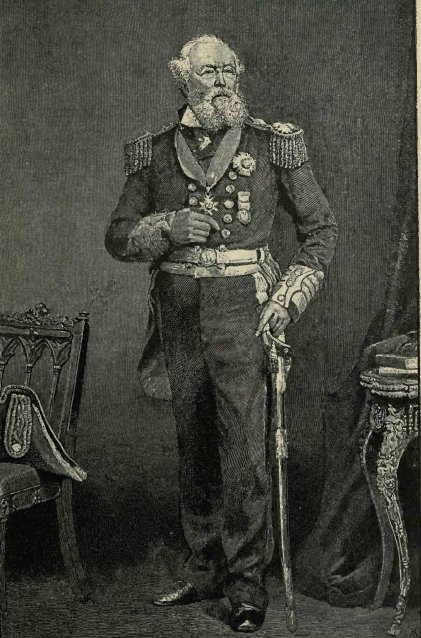 Wallis was to have a distinguished career afterwards, his last active service being in 1858, retiring as an Admiral in 1863.  He was to benefit from a special clause in the Navy’s retirement scheme of 1870 that provided for officers who had commanded a ship in the wars with France up to 1815 should be retained on the active list for life, thus drawing pay. The few days Wallis was in command of Shannon thus qualified him to remain on the active list until he died.  (It is sad to note that the clause was inserted to save two old admirals dying as paupers). Being on the active list meant he was liable, in theory at least, for call-up for a seagoing command and in his late nineties he confirmed that he was ready to accept one!

The French Revolution was under way, but the Reign of Terror had not commenced, when Wallis was born in 1791. When he died Kaiser Wilhelm II was German Emperor (an empire that did not exist until 1871) and the seeds of the First World War had been sown. Wallis had grown up in the Royal Navy of Nelson and Cochrane, the age of wooden sailing ships. He saw the introduction of steam propulsion, rifled breech-loaders, steel construction, torpedoes, and much else. The most powerful Royal Navy ship of his youth was a 100-gun three decker – in the year of his death the title was held by HMS Royal Sovereign, the first pre-dreadnought class, one of which, HMS Revenge, was to bombard the Belgian coast in 1914 and 1915. 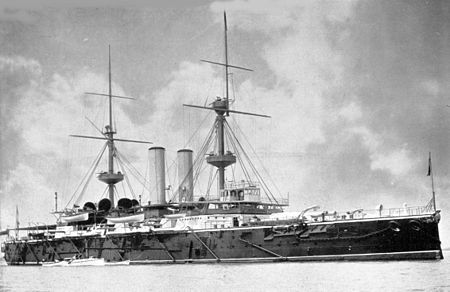 HMS Royal Sovereign, commissioned in the year of Wallis’s death

His lifetime had seen the discovery of bacteria, antiseptics and anesthetics, the arrival and spread of railways across the world, the shrinking of distance, even intercontinentally, by telegraph, the invention of the telephone, light bulb and internal combustion engine, the electrification of cities and , the extension of the franchise in Britain – the list is endless.

And all in the space of one human life.