It’s a pleasure to welcome Kimberley  as a guest on my blog today. She is the widow of the great naval novelist Douglas Reeman – who wrote his books set in the twentieth century under his own name, and  his Bolitho Series, set in the Age of Fighting Sail, under the nom-de-plume of Alexander Kent. He would would spur me – though he never knew it – to start writing seriously. 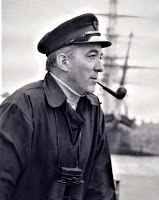 Whether as Douglas Reeman or Alexander Kent, I enjoyed his books for many years  and I was therefore eager to hear him speak at a bookshop in Farnham, Surrey in September 2001. He spoke in an unassuming, witty and engaging way about how he had come to writing.  I found him quite inspirational – very much a man of the WW2 generation as regards sense of duty, reliability, hint of indomitability and easy courtesy. It was easy to imagine him as an officer on destroyers and MTBs, as he had been, and the sort of man one would like to have with one in a dangerous situation. I was particularly impressed by his serious and structured approach to writing.  I had only a few words with him – I told him that I’d had memories of reading his books in some unusual locations and asked about how he went about plotting. I came away strongly motivated. I had been writing on and off for many years, but never with the degree of dedication needed. I was still working in a demanding role but, time pressure notwithstanding, I got down to it seriously a few days later. I wrote and rewrote – and rewrote – three novels, the first of which, Britannia’s Wolf, came out in 2013. Since then, six more have appeared , with an eighth due in December 2019.
I hope that Douglas would have approved of my work. I was too much in awe of him to contact him to let him know what he had inspired, and I’m sorry now that I did not do so before he died in 2017. I am however delighted to have the opportunity of his widow, Kimberley Jordan Reeman, herself a novelist, to present her own portrait of him in the piece that follows.

A very young reader of the Alexander Kent books once wrote to my husband Douglas that one of his characters, John Allday, a naval coxswain, and formerly a Cornish shepherd,  would be the perfect friend, but it was impossible to get enough of Captain, and later Admiral, Richard Bolitho. She was twelve years old.

We may well ask what fascination this man holds for women all over the world who, since 1968, have been reading the Bolitho series. These are, after all, novels of the sea, technical in language and manoeuvre, and often bloodily violent. 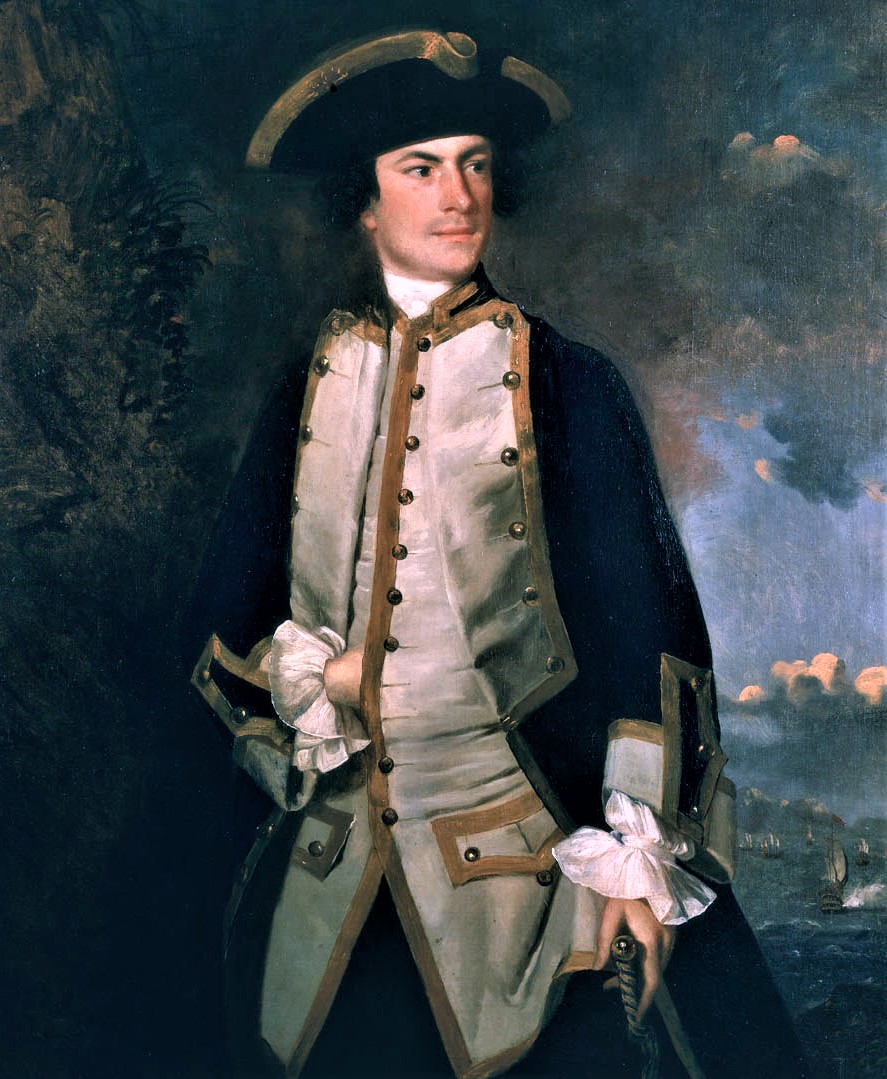 They are also, of course, about people, and specifically the life and times of Richard Bolitho. Early in his career the New York Times described him as “James Bond with barnacles”, and certainly that youthful swashbuckling quality was very attractive. The young Bolitho combines an undeniable sex appeal with the finest romantic attributes: romance in the sense of gallantry, courtesy and honour. Perhaps his appeal lies in the romance of the period: an eighteenth century of splendour and courtliness, exquisite clothing and manners, silks and jewels, powder and patch, the fan and the minuet. This reality is balanced by a harsher perception of the truth⸺ poverty, crime and disease⸺ but the Georgians epitomise elegance and beauty in the popular imagination, and against this glittering backdrop we may fairly set Richard Bolitho.

He is a vulnerable man, never certain of the love of his sailors or his subordinates, always personally doubtful of his right to demand their obedience or their very lives; and strength and vulnerability can be a devastatingly attractive combination in any character. He is never confident in love, never arrogant, although he has sometimes behaved with a reckless and passionate abandon in his quest for it; and he has sometimes chosen unwisely. His second marriage is a failure, and this too is evidence of his humanity: in attempting to find his dead wife in another woman, he makes a decision which is irrevocable, and which he will always regret. This marriage cannot be dissolved, and fate decrees that while trapped in it he is reunited with the woman he truly loves, and for whom he must now dare scandal and censure and place his career in jeopardy. There is no possibility of divorce in Bolitho’s England, except by Act of Parliament, and such a process is lengthy and expensive and, of course, very public. 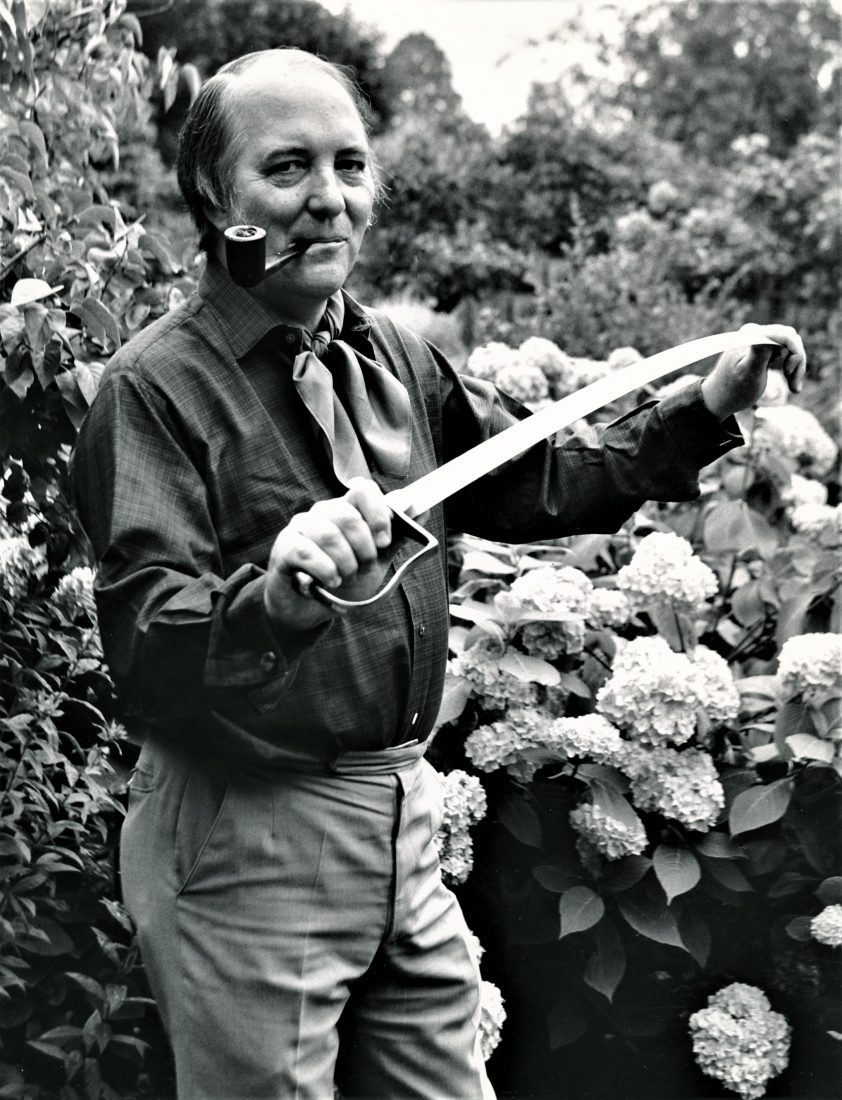 And finally there are the qualities of the mature man, perhaps a more sombre, introspective Bolitho than the “James Bond with barnacles”, and indeed the author was sometimes accused of making him a melancholy fellow in later books. The author had nothing to do with it: Bolitho developed at his own will and no one else’s. Perhaps he merely acquires the wisdom of maturity, the poignant appreciation of true values, an awareness of the passage of time. He has fought the same enemy in the same seas for too many years, and the price is always too high, the friends too dear, the life too short and too precious. He reflects, possibly, the author’s own maturity, but he speaks to all of us: the vulnerable lover, the cherished friend, the hero to be emulated, the essential gentleman, in whose flaws and qualities there is something of every one.

And what of the man who created him? What was he like as a person, an individual? He gave himself and his own great talent little credit: every book was approached with apprehension and nervousness. There was no formula, no easy technique even after fifty years. Every book was lived as it was written, an experience as emotionally draining for the writer as it is for the reader. These are books to cherish, and to share, and they reflect virtues which are perhaps regarded as old-fashioned in a modern world: the qualities of honour, courage, love of country, comradeship, a consciousness of duty, humility, sensitivity, and compassion. These are qualities found in heroes like Richard Bolitho. Douglas would be the first to deny it, but they originated in himself.

He was a man of great personal charm and humour, sometimes easily hurt: a man passionately committed to accuracy and attention to historical detail, and perpetually and endearingly surprised by the affection and interest of his readers. He was often compared to Forester, which is unfortunate and unfair: it should be recalled that Forester, who will always be remembered for Hornblower, had a demonstrable contempt for his character. For Douglas, Richard Bolitho was a shadowy, constant presence, inspiration and companion, an independent force, and regarded sometimes with almost superstitious awe. He often said that he regarded himself merely as Bolitho’s secretary⸺ as one chosen to tell his story, which for more than forty years illuminated a dark past, inspired, enlightened, educated, but above all entertained.

It was a joy and a privilege to have shared his life.