HMS Warrior, located today at the Portsmouth, United Kingdom was the Royal Navy’s first ironclad, revolutionary when launched in 1860 and now restored to how she then looked. Her active career was short – fifteen years – as she was quickly made obsolete by newer vessels as this was a period of very rapid change. Her later career was inglorious – stripped of her armament, and dismasted, she was employed for many years as a stationary floating jetty and later as an oil storage hulk. Iron has greater corrosion-resistance than steel however and she remained largely structurally intact. Recognition of her importance as a historic relic led to the decision in the late 1970s to restore her and the work continued over a six-year period. 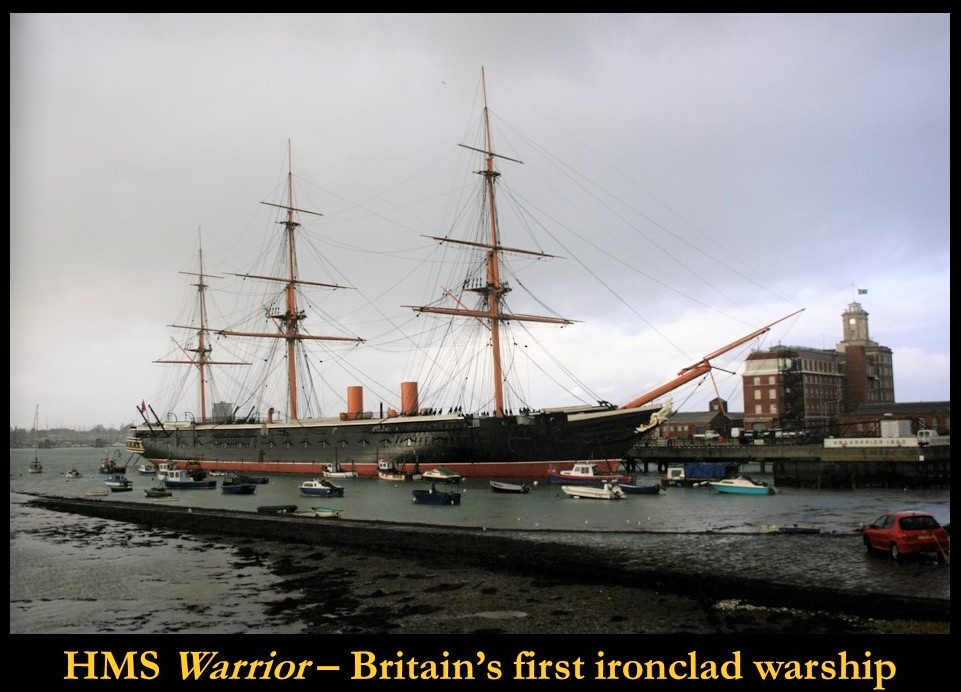 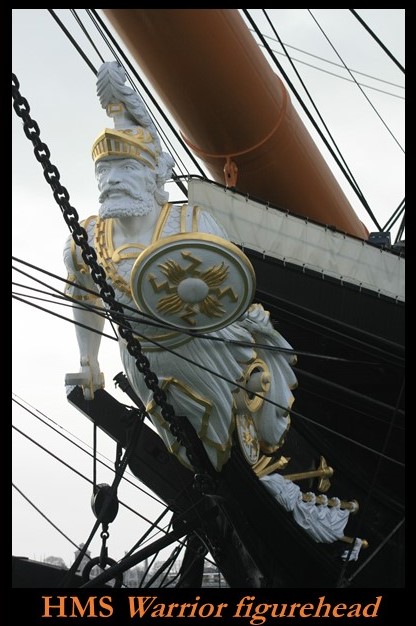 The effort involved in restoring a 9100-ton, 420-foot long ship was immense. Planning of the project was meticulous, based as it was on original drawings, official records and personal papers of men who had served on board her. Not only had the hull and internal fittings to be restored, but new funnels, masts, rigging and deck fittings had to be fabricated. A figurehead was also needed since the original had been scrapped and the replica now in position is a work of art in its own right.

All this work still left an empty shell, devoid of engines, boilers, weapons, furnishings, workshops and necessities for daily life of Warrior’s crew of over 700. Her armament had consisted of some twenty-six 68-pounder muzzle loaders, larger versions of those employed in Nelson’s day, as well as some fourteen breech-loaders, then major technical innovations. The majority of the guns were mounted on a single continuous gun-deck, an arrangement that was standard for warships during the previous three centuries.  In this, the Warrior looks somewhat like an overgrown single gundeck frigate of the Napoleonic era. Replica guns were fabricated from fibreglass, so realistically that it’s hard not to believe them real. 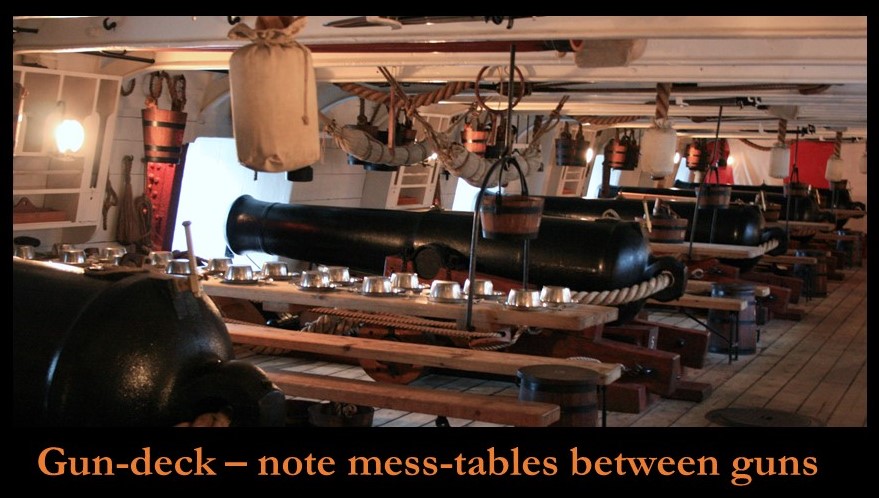 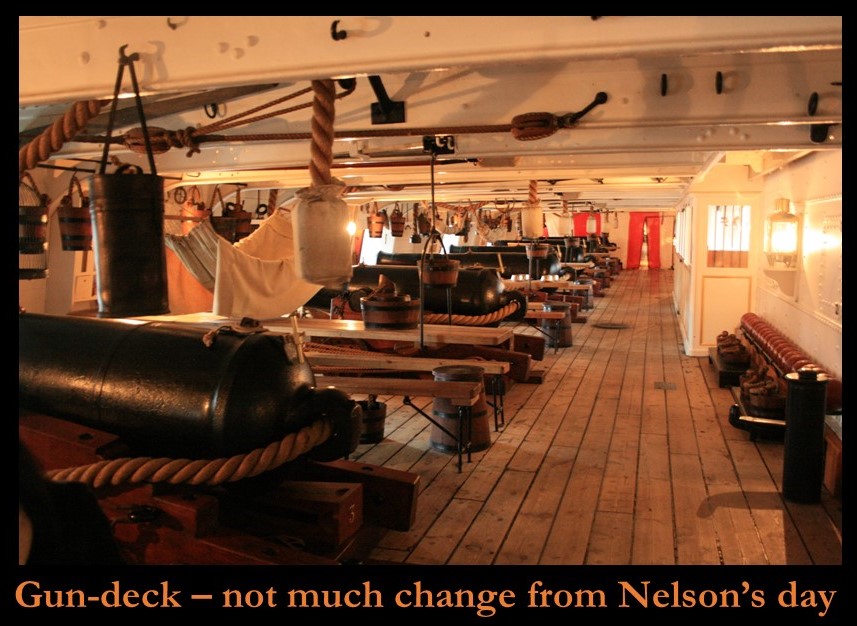 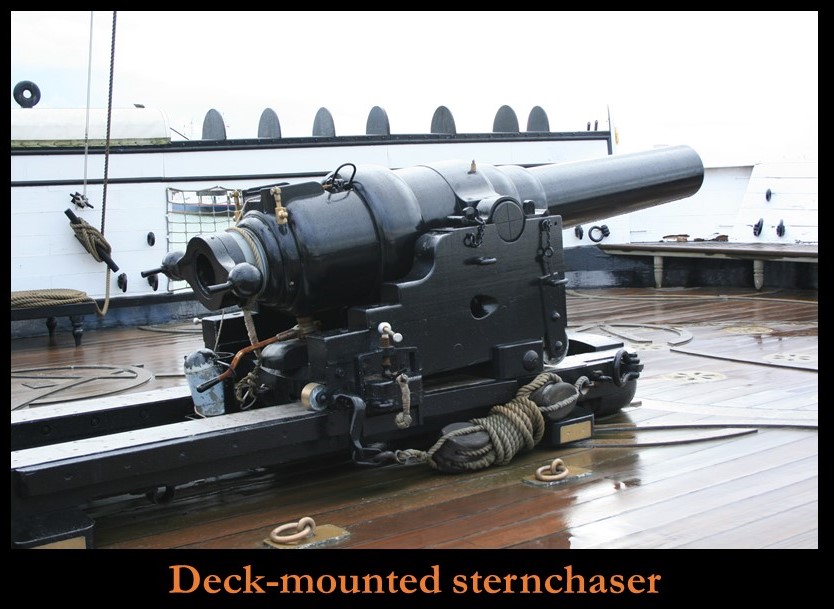 The crew slung their hammocks from the beams above the guns and ate from collapsible tables between them. The restoration shows these tables, complete with meal settings, with gun rammers, cutlasses and other equipment stored neatly – one of the abiding impressions of a visit is just how effectively space is used. The captain’s and officers’ quarters, including the wardroom, have been recreated to such a standard that one could immediately move in comfortably. 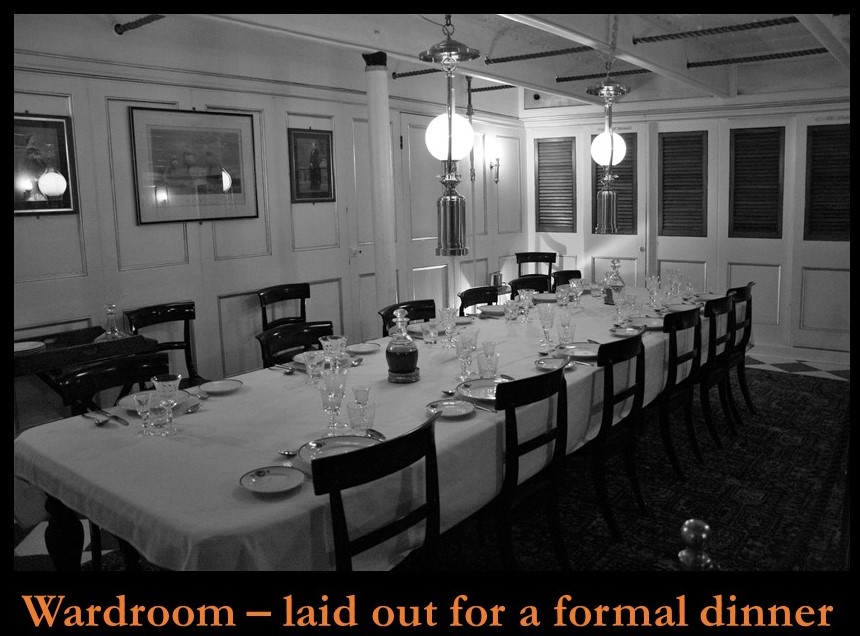 Also constructed were non-working replicas of the massive steam engines and the boiler room – which must have been a ghastly work-environment, given the lines of furnaces on either side of a central corridor. Features that make it easy to imagine the disciplined hustle of life on board are the storage and work-shop areas, such as that of the sailmaker. 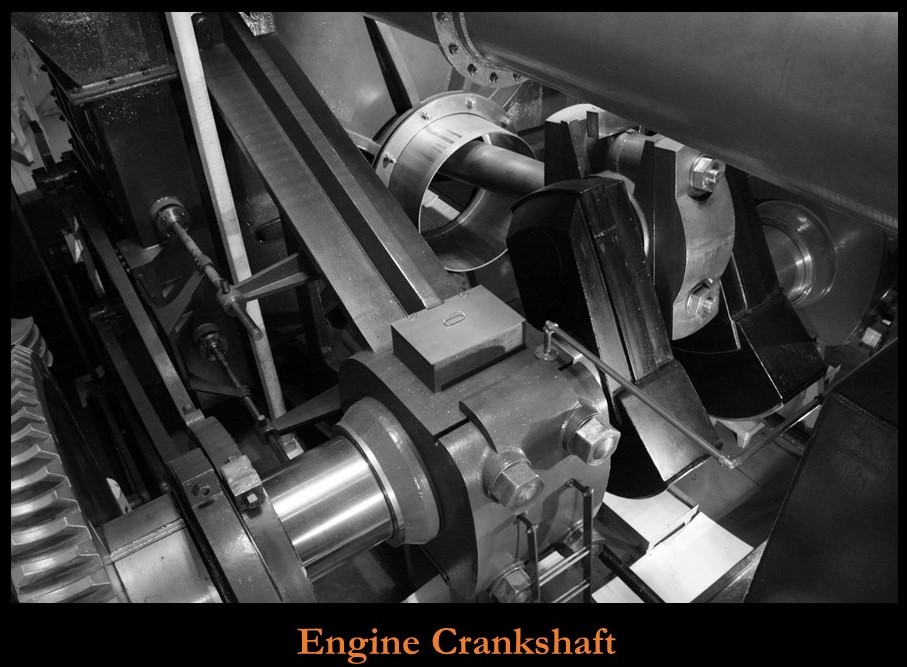 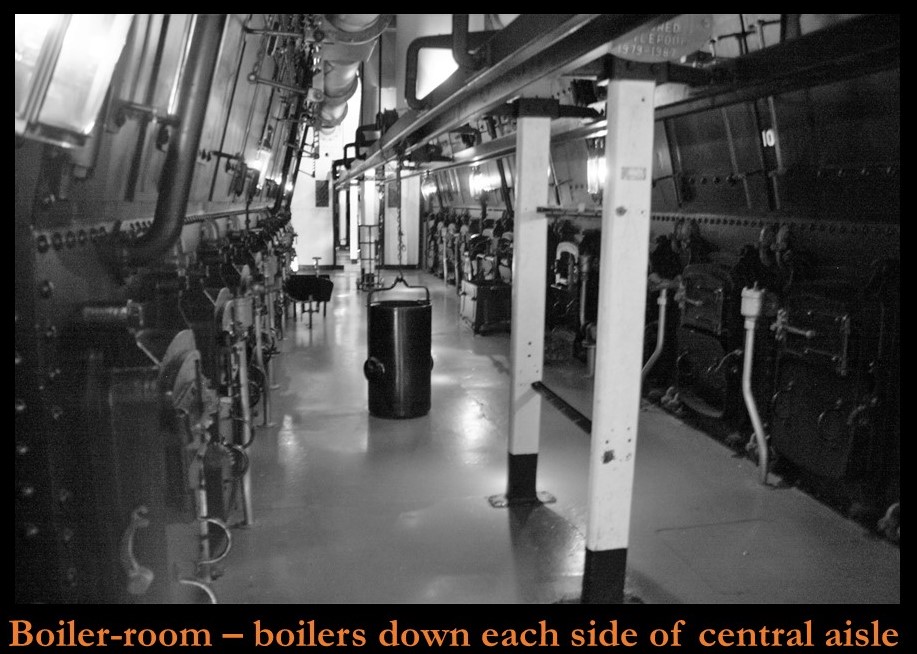 On deck one is impressed by the complexity of the standing and running rigging necessary to propel a vessel of this size under sail – this being an era when engines were still unreliable, and coaling stations often far apart, so that wind-power represented a valuable auxiliary. At this enormous scale, “knowing the ropes”, and understanding how to make maximum advantage of available wind, were together an art little less complex than that of management of machinery. 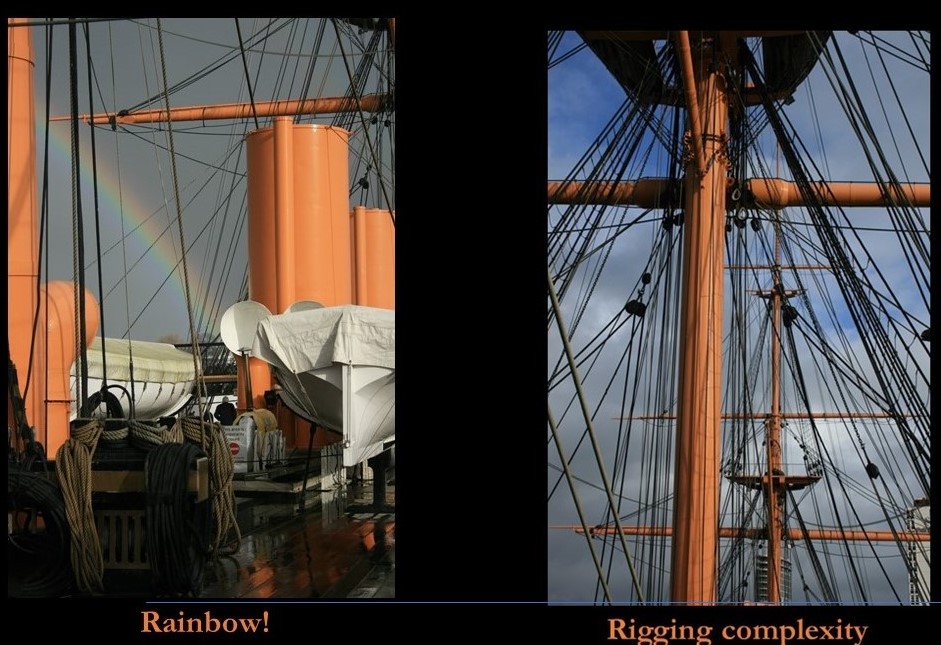 The Warrior is moored today at the Royal Navy’s Portsmouth Dockyard and on the same site can be found Nelson’s magnificent flagship, HMS Victory, a small WW1-era monitor HMS M-33, the remnants of Henry VIII’s flagship, the Mary Rose, and a splendid naval museum. HMS Warrior, like HMS Victory, is large enough that one does not feel crowded by other visitors and one can take one’s time exploring them. 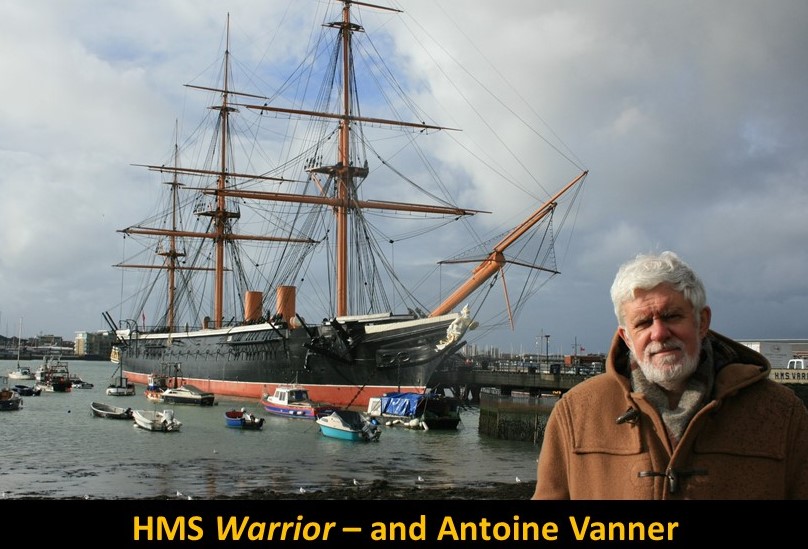 Having visited a large number of preserved or restored warships in Britain, the Netherlands and the United times etc. can be found States, I would rate Warrior very highly indeed.

Britannia’s Innocent, set in 1864, is chronologically the earliest volume – and a great place to start reading the series