Skip to content
Privateer Action in the English Channel: 1793

Privateer Action in the English Channel: 1793 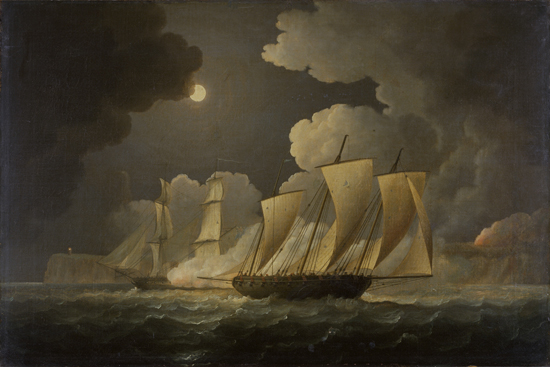 Tensions between Britain and Revolutionary France had escalated through 1792. Following the execution of the French King Louis XVI on 21st January 1793 Britain expelled the French ambassador and on 1 February France responded by declaring war on Great Britain. The period of the Revolutionary and Napoleonic Wars, which were to last until 1815, with a break of only a few months, had begun.

Within days of the declaration, the crew of a British merchant ship, the Glory, was to be one of the first victims of the war at sea, and indeed at its most cruel.  Under a Captain Benson she had just cleared the South Foreland and its White Cliffs, just north-east of Dover, when a French privateer bore down upon her. An attempt to flee failed and the French vessel sent a boat across with fifteen armed men. What followed was atrocious. According to Clark Russell Benson the captain was “seized, bound hand and foot, and lashed down upon a chest. His crew was clapt in irons, plundered of every article, and insulted by every injurious terms the Johnnies could lay their tongues to” (It is notable that in this period the French were referred to as ”Johnnies”).

The French were now preparing to run their prize back home – Calais was twenty miles away, the great base at Dunkirk just twice that – but now retribution arrived in the form of the 32-gun frigate HMS Juno, commanded by the future Vice-Admiral Samuel Hood (1762 – 1814), a cousin of the more renowned admiral of the same name. There could be no contest, no hope of escape, and the French surrendered without further ado.

As the Juno drew near the French released their prisoners – it would have been unwise to be found with their captives so cruelly trussed up. Benson was however little inclined to forgive and forget and, as he remarked, “It is difficult at all times to keep the passions within a due state of subordination.” He accordingly snatched a cutlass from the hand of the French seaman who untied him and “I almost at one stroke severed his left hand from his body; when, fearing for the further effects of my frenzy, he jumped out of the cabin window and was drowned. Another followed his example. And jumped off the taffrail, and the (French) captain, dreading the just vengeance which was awaiting him, took a pistol and shot himself through the head.” 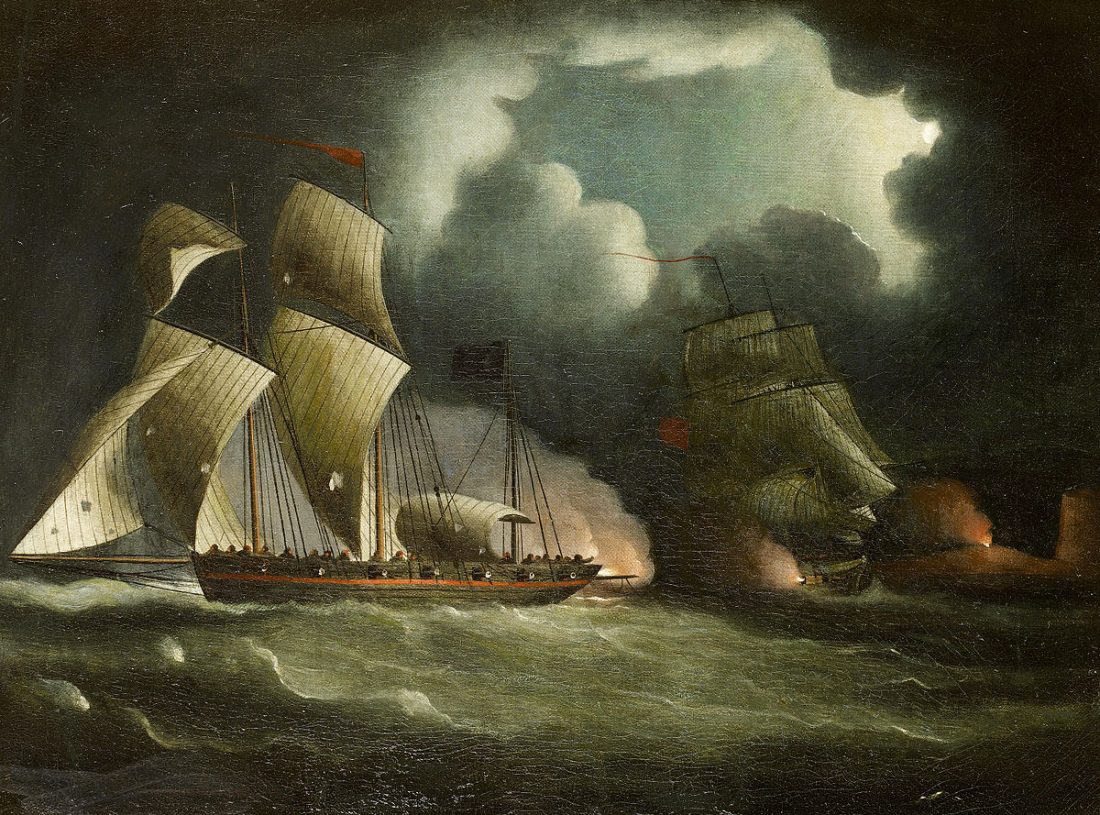 This small, vicious, action was one of the first of the new conflict. Hundreds more lay ahead in a then-unimaginable twenty-two years of war. Even at its very early stage the naval warfare in the “Narrow Seas” between Britain and the European coastline was to be of a quite savage nature, not unlike the battles that were to be fought by British and German coastal forces in the same waters in World War 2. The pace of action was not to let up in the years that followed as French privateers, often of very small size, darted out to prey on British coastal traffic and retired quickly to well-defended bases such as Calais. The war against them was to be waged not by the mighty battle-fleets or their supporting frigates but by small handy craft such as brigs and cutters, heavily armed for their size.

We’ll read about further Channel action – six years later, in 1799 – in the next blog post