The history of the Netherlands in the 19th Century is a closed book for most non-Dutch, not least because of the incorrect perception that “little happened” and as the country was at peace in Europe from 1831 to 1940. The Netherlands were however involved in a series of colonial campaigns in the vast territory of the Dutch East Indies, which constituted most of what is the present-day nation of Indonesia. 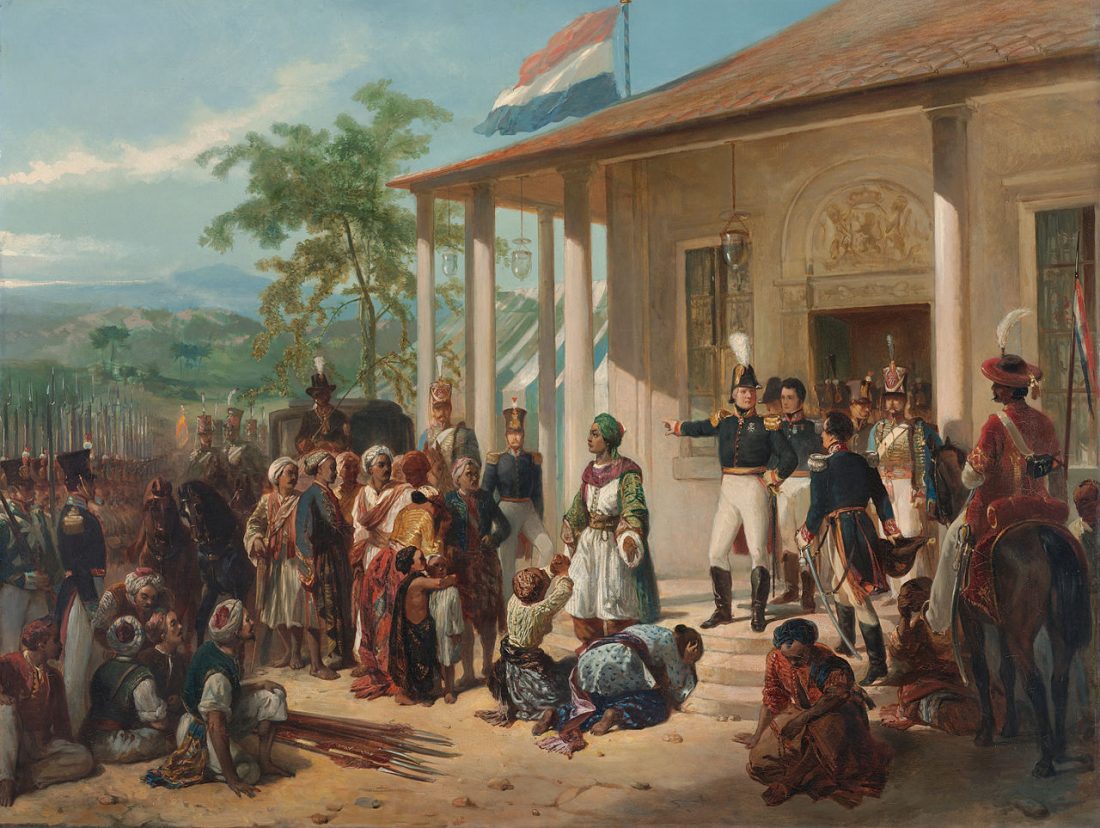 Dutch power in the East Indies – end of “The Java War” in 1830
Painting by Nicolaas Pieneman shows submission of a local prince
.
There had been a Dutch presence on the island of Java since the early seventeenth century and the island had become the focus of intense British and French rivalry during the Napoleonic Wars. Dutch power was spread more thinly elsewhere and the nineteenth century saw a succession of campaigns to bring the entire archipelago under control. The instrument for this was the KNIL – the Koninklijk Nederlands Indisch Leger, the Royal Netherlands East Indies Army. Established in 1830, this force was not part of the Dutch Army (which only served at home) and was not entitled to make use of Dutch conscripts. Funded by the colonial budget, it fell under the command of the Governor-General of the East Indies.  It accepted volunteers of other European nationalities in addition to many from the Netherlands itself – one unlikely example being the French poet Arthur Rimbaud (1854 –1891) who joined in 1876, served for four months and then deserted. The officers and non-commissioned officers were mainly European (typically Dutch, German, Belgian and Swiss) but the majority of the troops were indigenous Indonesians, mainly from Java. In the KNIL’s earlier years several thousand African soldiers were recruited from the small Dutch holdings on the Gold Coast (Modern Ghana). 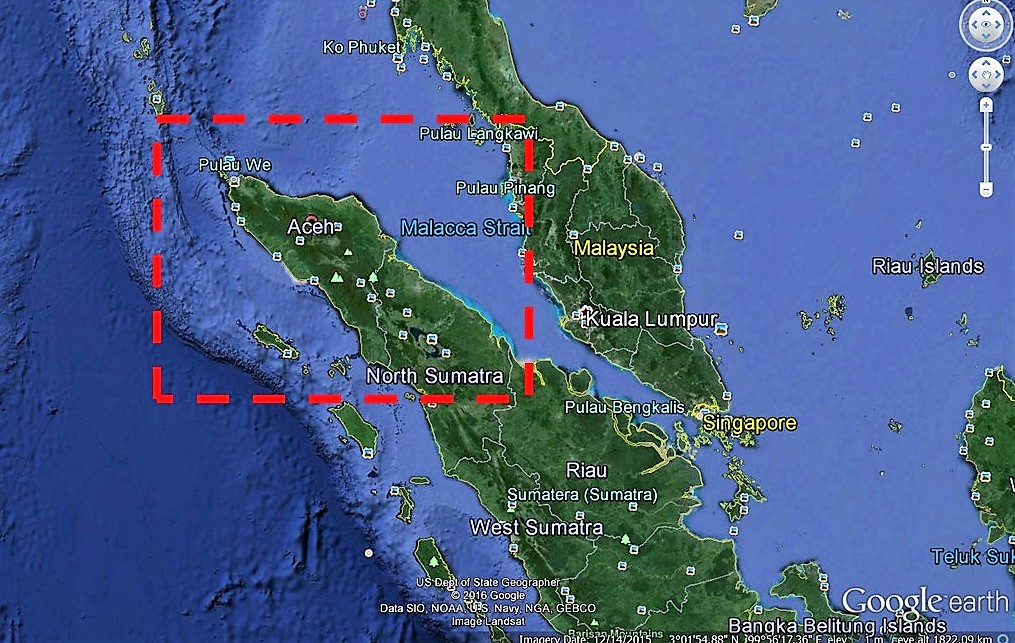 Location of Aceh – with thanks to Google Earth

The greatest – and most sustained – challenge faced by the KNIL was the series of difficult campaigns from 1873 to 1914 which became known collectively as the Aceh War. Though not a single continuous conflict, it never achieved outright resolution – traces of resistance persisted until the Japanese invasion in 1942 – and it represented a steady drain on Dutch resources. Aceh represented the northern tip of Sumatra and as a sultanate had its independence guaranteed by an Anglo-Dutch Treaty in 1824. In the following decades, it became a rich regional power, its wealth based on production of half the world’s pepper. Smaller local rulers were brought under control by the reigning sultan and Aceh power extended steadily southwards, coming into collision with the Dutch, who by this stage were extending their influence northwards. Piracy represented a profitable sideline for some of the coastal communities, leading to punitive expeditions by the US Navy in 1832 and 1838. (These will be the subject of a future blog). The situation was complicated by the fact that there were still British claims to Sumatra, though these were not pressed. 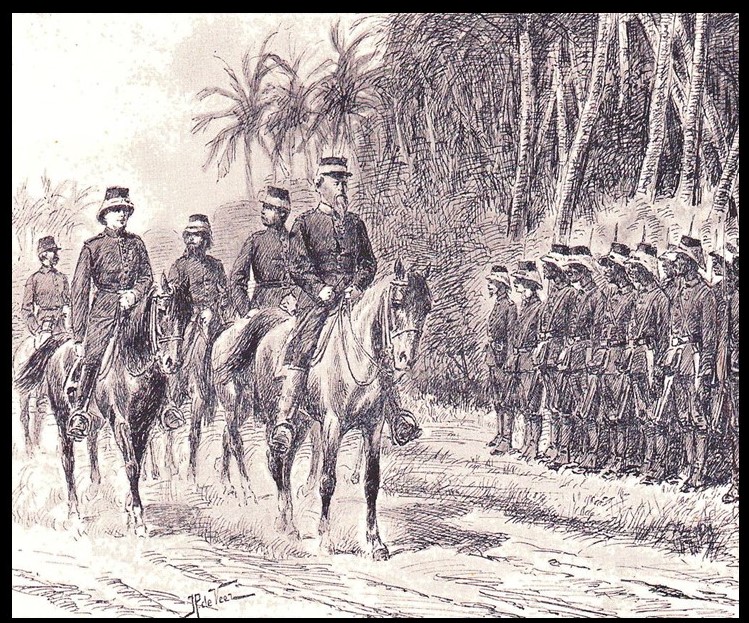 The situation changed in 1871 when a treaty was signed between Britain and the Netherlands which gave the Dutch a free hand in Sumatra, as well as the obligation to suppress piracy, in return for the Dutch giving up its holdings on the Gold Coast. While the Ache Sultanate remained independent it represented a major obstacle to Dutch control of the enormous 182,800 square mile island – the sixth-largest in the world. Concern was raised in the Dutch colonial government in 1873 when the Sultanate initiated negotiations with the American government about a bi-lateral treaty – potentially introducing another major player – and the decision was taken to annex Aceh militarily. The campaign for doing so was to prove hastily and inadequately planned and resourced. The over-optimistic objective was to bombard the Sultan’s capital at Bandar Aceh, at the island’s northern tip, and to seize the town as a base for further efforts to occupy the coastal areas. It was anticipated that seizure of the sultan and his palace would trigger a collapse in resistance. 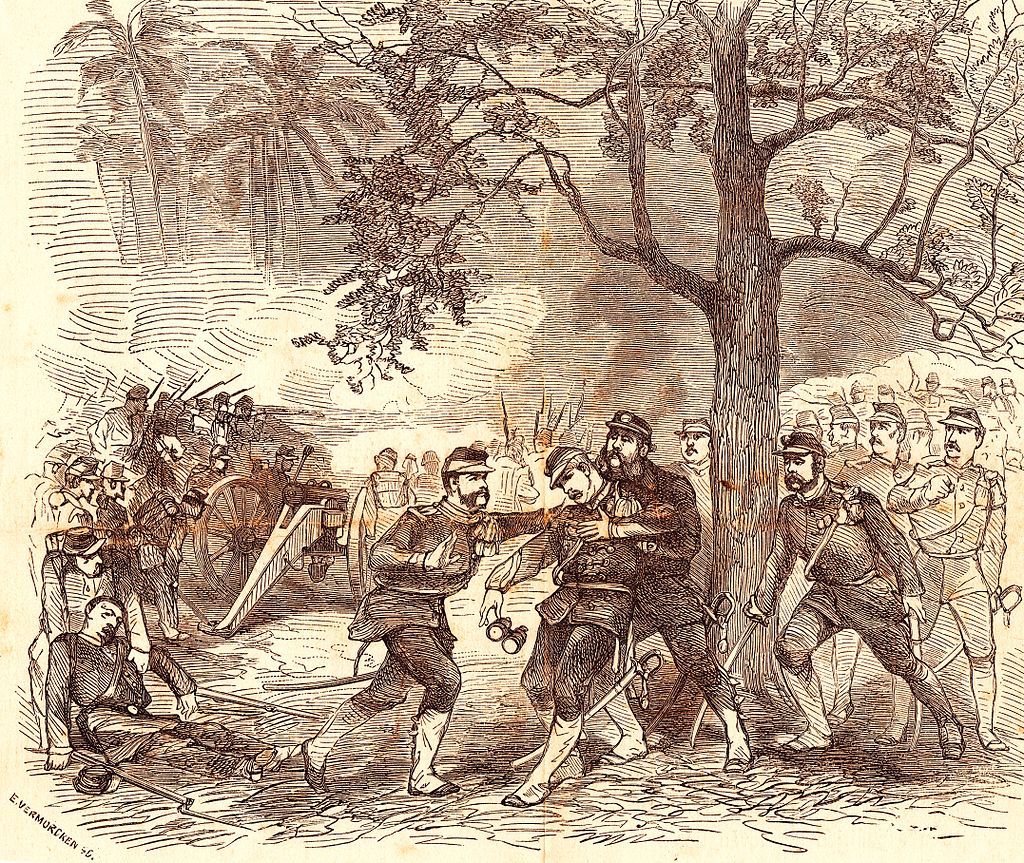 The sultanate’s ability to resist was badly underestimated as significant numbers of modern weapons had been imported to Aceh. In April 1873 the Dutch force’s attempt to storm the palace was bloodily repulsed and the commander, General Johan Köhler (1818 – 1873) was killed, together with some 80 of his troops. Recognising that the situation was impossible, Köhler’s deputy, now in command, ordered a retreat and the expeditionary force returned to Java. A Dutch naval blockade was now imposed and efforts by the sultanate to get support from the United States and from the Ottoman Empire proved fruitless. Aceh was on its own. 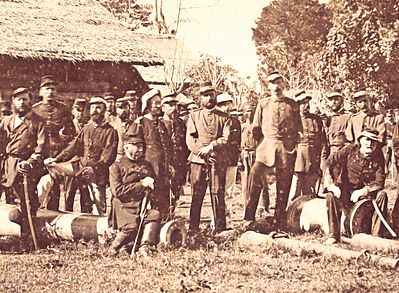 The defeat had been humiliating for Dutch prestige and a second, and larger, expedition was mounted later the same year. Commanded by General Jan van Swieten (1807 –1888), this was a much better-resourced effort. It was the largest offensive that the Dutch had yet mounted in the East Indies – 8,500 troops, 4,500 porters and labourers, with a further 1,500 troops being deployed after the initial landings. The timing proved disastrous as it coincided with a cholera outbreak that respected neither side. Recognising that direct confrontation was futile, the Sultan abandoned Bandar Aceh to the Dutch forces in early 1874. He relinquished the symbolically important palace and took to the hills and forests to the south to conduct a guerrilla campaign. In the six months from November 1873 to April 1874 the Dutch force lost 1,400 men – and this was only the beginning 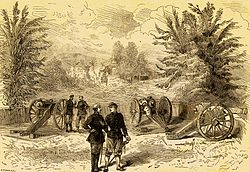 A vicious six-year guerrilla conflict then began, with both sides suffering heavy casualties, and with tropical diseases continuing to represent as significant a hazard as enemy action. In 1880 the Dutch realised that, for now at least, outright conquest would prove impossible. The war was proclaimed to be at an end and Dutch forces settled down to defending the areas they controlled, primarily that around Banda Aceh. While using their naval forces to patrol the coastline they initiated an effort to draw up treaties with local leaders.

A two-year period of civilian rule followed – during which increasing violence showed that resistance to Dutch rule was not at an end. In late 1883 military rule was again imposed and, in a steadily worsening situation, it was recognised that the war had reignited and a new, and even deadlier, phase was beginning. But that’s another story!