The Destruction of HMS Crescent, 1808

In late 1808 HMS Crescent was headed for the Baltic (click here to see recent blog on operations there in this period) under command of Captain John Temple. She left Yarmouth, on England’s east coast, on 29th November. In the following days, initially favourable weather deteriorated to a gale from the southwest. At daylight, on 5th December, the coast of Norway was sighted to the north and the Danish region of Jutland lay south. In early afternoon soundings showed water-depth decreasing from twenty-five fathoms to thirteen in the space of two hours. Given the hazards of sailing in this hazardous area, HMS Crescent was carrying experienced pilots who allegedly knew it well. These now advised that they were familiar with the soundings and that in the present conditions the ship should be hove to with her head southwards and her topsails reefed until the weather should improve. HMS Crescent could then drift with safety in adequate water depth. This advice was immediately acted upon but the sounding nevertheless decreased to ten fathoms – still safe, but only if the depth would not lessen further.

The pilots were over-optimistic. HMS Crescent did indeed drift safely until 10 p.m. – and then she grounded.  A boat was lowered immediately to sound the area and it reported that the current was running eastward – towards yet shallower water, at some two and a half knots.  As set, the vessel’s sails were forcing the ship further on the shoal, so orders were given to furl them and to hoist out all the boats except the jolly-boat and gig. The current was now driving on HMS Crescent’s starboard bow and in an effort to draw her off the sails were loosed again. This proved led her to be canted over on one side. There was nothing for it now but to haul the vessel off by anchor. The sails were furled again and the launch, a large boat, took an anchor and cable on board. The other ship’s boats tried to tow the launch to a preferred position for dropping but the waves and current were too much for them. The anchor seems therefore to have been dropped short. 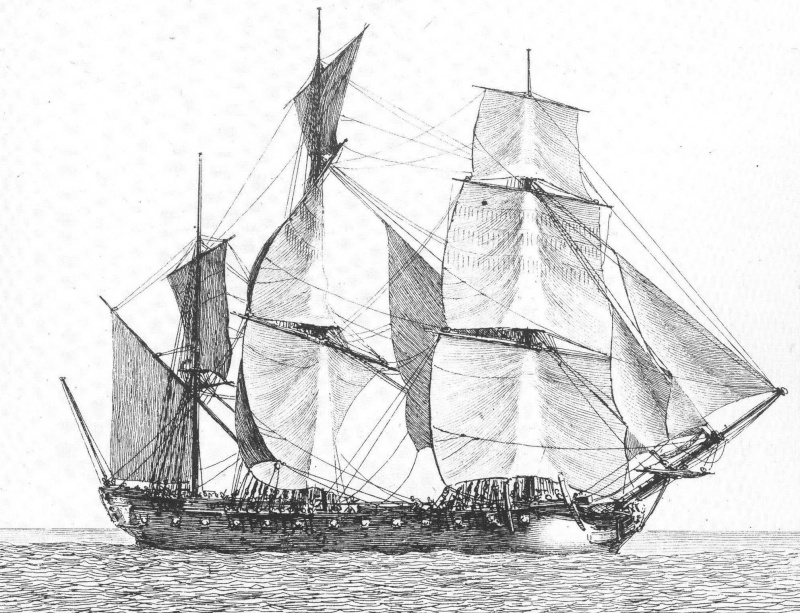 HMS Crescent’s situation was now desperate. The gale was yet stronger and veered round to the north-west, blowing direct onshore, forcing the vessel further on the shoal. As a last attempt to save her, Captain Temple directed that she be lightened by heaving the guns and shot overboard. As this was to no avail, the provisions followed. Badly battered, the hull was letting in water and pumping did not stop it rising to the hatches. Now the anchor cable parted and all hopes of saving the vessel were abandoned. It should be borne in mind that these desperate measures had gone on in darkness and wet cold.

At 6 a.m. on the 6th of December Captain Temple ordered the masts to be cut away.  The boats which, until this time, had been lying astern on tow lines, broke their hawsers and the few men on board them found it impossible to get back to the ship due to the strong current. They made for the shore, and all succeeded reached it, with the exception of one of the cutters, which was lost with all her crew. In another boat, a Lieutenant Henry Stokes, fearing that she would be capsized, jumped overboard, and attempted to swim on shore, but was drowned in the attempt.

The storm worsened through the morning, and the men still on board the wrecked HMS Crescent were exhausted. They were nevertheless piped to breakfast and issued a tot of grog – it is amazing how, in such extreme conditions, formal procedures were still followed. Soon after noon, when it must have been obvious that the hull might soon break up entirely, construction of a raft commenced. It was ready by 2 p.m. and put under command of a Lieutenant of Marines and laden with the weakest of those still on HMS Crescent. It pushed off, but those on board found water washing over them to waist height and tearing seven of them away before the raft reached the Danish shore. 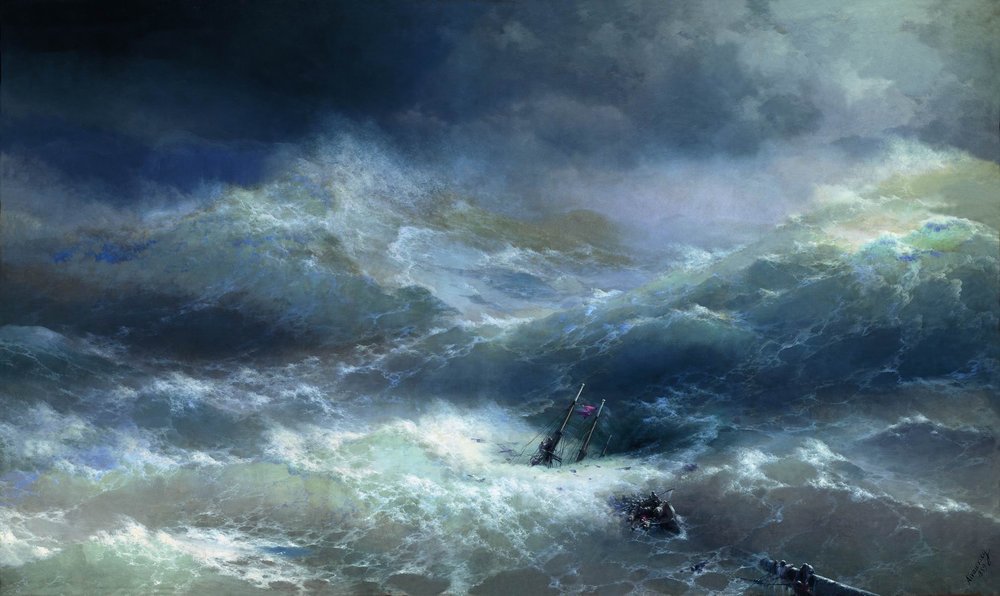 The surviving officers of HMS Crescent subsequently faced court-martial for the loss of the vessel. The court’s decision was damning for the master, stating that “the loss of the Crescent proceeded from the ignorance and neglect of the pilots, and that the master was blameable, inasmuch that he did not recommend to the captain or pilots either coming to an anchor, or standing on the other tact, for the better security of H.M. late ship Crescent.” The efforts of the survivors were commended however: “The court was further of opinion that every exertion was made on the part of the remaining officers and crew for the safety of the Crescent.”

The Dawlish Chronicles – now up to ten volumes, and counting. Click on the banner below for more details