a weird series of tales of shipwreck and disaster,

from the earliest part of the century to the present time,

with accounts of providential escapes and heart-rending fatalities”

The anonymous author might not have been gifted in thinking up short, snappy titles, but there’s no doubt about what this volume published in New York contained.  I was particularly taken by a short account of an exploit in the early years of a cabin boy who galvanised a ship’s crew to withstand attack by a French privateer – a story that sounds too good to be true. A little further digging did indicate however that the case was a true one and that the boy in question was to ascend to dizzy heights in his later life. I’ll quote extensively (in italics) from the account in the book as its period-style gives it a charm of its own. 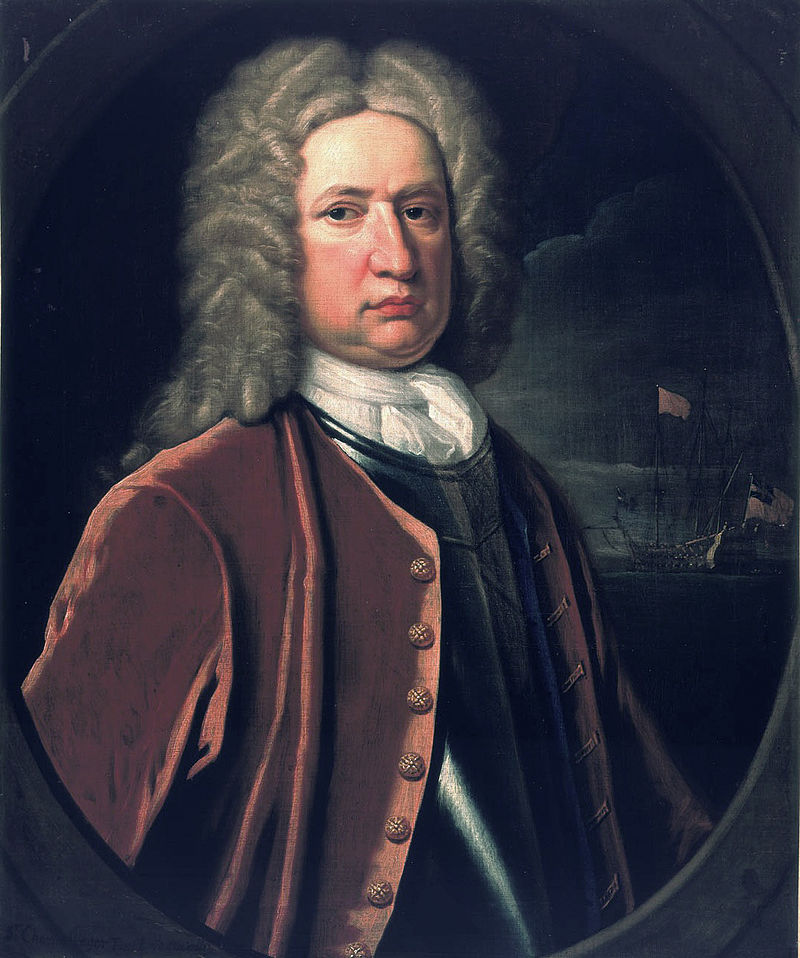 Though the father and grandfather of Charles Wager (1666-1743) had seen service at sea under both Cromwell and Charles II, he lacked the patronage that would have allowed him easy entry to the Royal Navy. His mother had married a Quaker merchant in London after his father’s death – this being a time when Quakers were a new and often suspect sect. Through his step-father however, Wager gained an apprenticeship with a Quaker from Barnstable, Massachusetts, a merchant ship’s captain called John Hull who sailed regularly between Britain and the Americas.  The key event of Wager’s early career, as told below, must have happened before 1689, the first year in which he appears in the Royal Navy’s records.

Britain was at war with France in the late 1680s – a condition that was to be almost the norm from this period until 1815, interspersed with only brief intervals of peace.  Though war was being waged at sea, and with merchant shipping the much sought-for quarry of privateers, Captain John Hull, as a Quaker, refused to arm his ship. On one of his voyages from America and close to the British coast, his vessel was chased, and ultimately overhauled, by a French privateer. Hull “had used every endeavor to escape, but seeing from the superior sailing of the Frenchman, that his capture was inevitable, he quietly retired below: he was followed into the cabin by his cabin boy, a youth of activity and enterprise, named Charles Wager. He asked his commander (Hull) if nothing more could be done to save the ship—his commander replied that it was impossible, that everything had been done that was practicable, there was no escape for them, and they must submit to be captured.”

Notwithstanding his age – and obviously unconvinced by Quaker pacifism, however much he might be beholden to Hull –  Wager went on deck, summoned the crew and told them what their captain intended. Then, “then, with an elevation of mind, dictated by a soul formed for enterprise and noble daring, he observed, “if you will place yourselves under my command, and stand by me, I have conceived a plan by which the ship may be rescued, and we in turn become the conquerors.” The sailors no doubt feeling the ardor, and inspired by the courage of their youthful and gallant leader, agreed to place themselves under his command. His plan was communicated to them, and they awaited with firmness, the moment to carry their enterprise into effect.”

When French vessel grappled the surrendered ship shortly after and a boarding party began to cross to claim their prize, these “exhilarated conquerors, elated beyond measure, with the acquisition of so fine a prize, poured into the vessel cheering and huzzaing; and not foreseeing any danger, they left but few men on board their ship. Now was the moment for Charles Wager, who, giving his men the signal, sprang at their head on board the opposing vessel, while some seized the arms which had been left in profusion on her deck, and with which they soon overpowered the few men left on board; the others, by a simultaneous movement, relieved her from the grapplings which united the two vessels.”

Wager had managed the near-impossible, essentially hijacking the attacker. “Our hero now having the command of the French vessel, seized the helm, and placing her out of boarding distance, hailed, with the voice of a conqueror, the discomfited crowd of Frenchmen who were left on board of the peaceful bark he had just quitted, and summoned them to follow close in his wake, or he would blow them out of water, (a threat they well knew he was very capable of executing, as their guns were loaded during the chase.)”

It is probably an understatement that the French “sorrowfully acquiesced with his commands, while gallant Charles steered into port, followed by his prize. The exploit excited universal applause—the former master of the merchant vessel was examined by the Admiralty, when he stated the whole of the enterprise as it occurred, and declared that Charles Wager had planned and effected the gallant exploit, and that to him alone belonged the honor and credit of the achievement.” 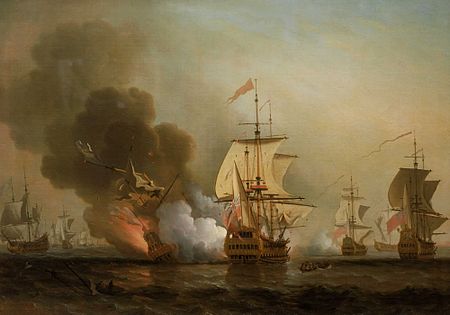 The Battle off Cartagena, 28 May 1708 known as “Wager’s Action”, in which he became a rich man through prize money.

This exploit gained for Wager what had previously been beyond his reach – a footing in the Royal Navy. He was appointed a midshipman, and by 1689 was listed as a lieutenant on the frigate HMS Foresight. His career thereafter was to be an active one in both naval and diplomatic service, one that, culminated in appointment as First Lord of the Admiralty – the head of the Royal Navy – from 1733 to 1742. Prize money was to make him immensely rich but “it is said that he always held in veneration and esteem, that respectable and conscientious Friend (i.e. Quaker), whose cabin boy he had been, and transmitted yearly to his OLD MASTER, as he termed him, a handsome present of Madeira, to cheer his declining days.”

The cabin boy had come a very long way.