Skip to content
The loss of HMS Queen Charlotte, 1800

The loss of HMS Queen Charlotte, 1800

During the twentieth century, damage-control was to become a naval discipline in itself, and was to result in many epics of courage. In earlier centuries such response was on a much more ad-hoc basis but the bravery and self-reliance of the crews involved were no less than those of later generations. One shining example of such heroism was provided by the young Lieutenant George Dundas in 1800, though it was not enough to prevent the loss of HMS Queen Charlotte.

In my blog of December 19th 2017 (click here to read it) I dealt with the disaster that overcame the line-of battle ship HMS Royal George, named after King George III, in 1782. Naming ships after the royal family of the time was to prove unfortunate since, 18 years later, on March 16th 1800, a newer ship, named HMS Queen Charlotte after the king’s wife, was to meet a no less spectacular end. 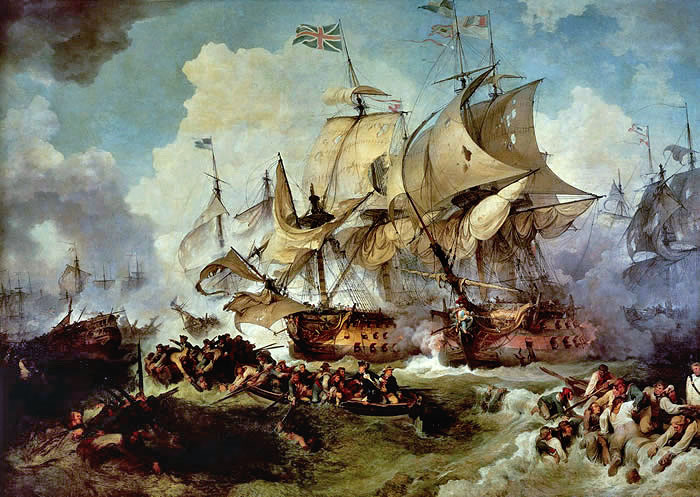 Laid down in the same year as the Royal George was lost, the Queen Charlotte’s completion was to prove a lengthy affair as the fleet was run down in the aftermath of the American War of Independence.  She was finally launched in 1790 when developments in France were making the prospects of a new war seemed more likely by the month.  At  2286 tons, 190 ft length, and carrying a 100-gun armament, she was, next to the Ville de Paris, a captured French vessel taken into Royal Navy service, the largest British ship afloat. After war broke out again with France she was to serve as Admiral Lord Howe’s flagship at the Battle of the Glorious First of June in 1794 and the following year she was present at the controversial Battle of Groix, a British partial victory off the coast of Brittany. 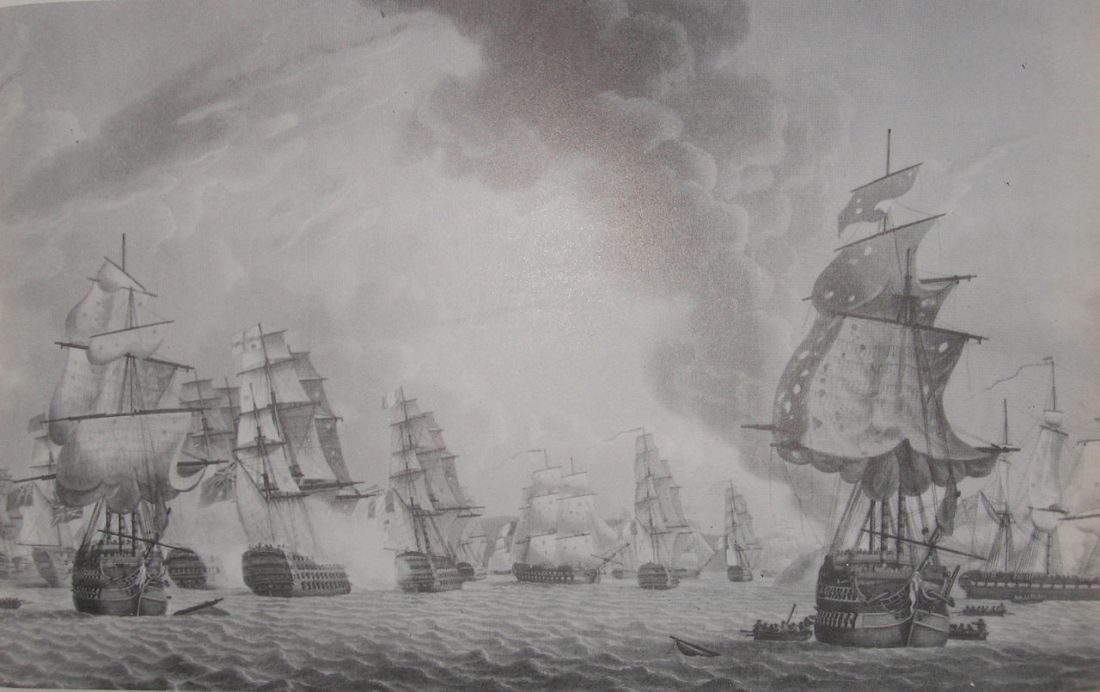 Battle of Groix, 23rd June 1795; an aquatint by Robert Dodd, from an original by Captain Alexander Becher, RN

The Queen Charlotte was to play a less glorious role two years later when she was to become the focus discontent during the Spithead Mutiny. After the mutiny’s suppression she seems to have retained a reputation for indiscipline and when she was sent to the Mediterranean in 1799 the Commander in Chief, Earl St.Vincent, informed the Admiralty that she “will be better here for she has been the root of all the evil you have been disturbed with.” Commanded by Captain James Todd, she was to serve as the flagship of Vice-Admiral Lord Keith. 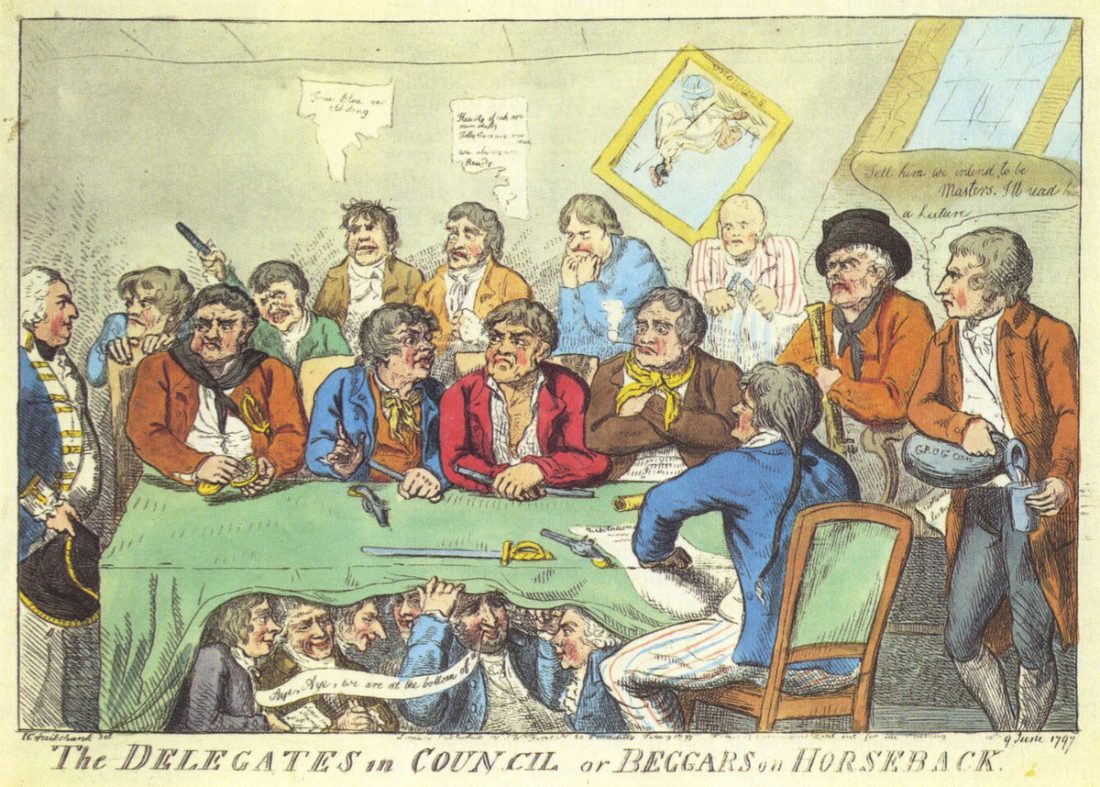 Hostilities against the French were now in full swing (indeed the first Aubrey/Maturin novel opens at this time). On March 16th 1800 Lord Keith landed at Leghorn or Livorno, in Northern Italy and instructed Captain Todd to reconnoiter  to the French-occupied island of Carpalia, half-way between Sardinia and the Italian coast.

At 0600 hrs the following morning, while the Queen Charlotte was still close to shore,  fire was detected in hay stowed close to the admiral’s cabin, close to a slow-match kept burning in a tub for use with the signal guns. Flames spread rapidly and ran up the mainmast, setting the mainsail on fire. The conflagration quickly took hold of the stowed boats, threatening this  means of escape. 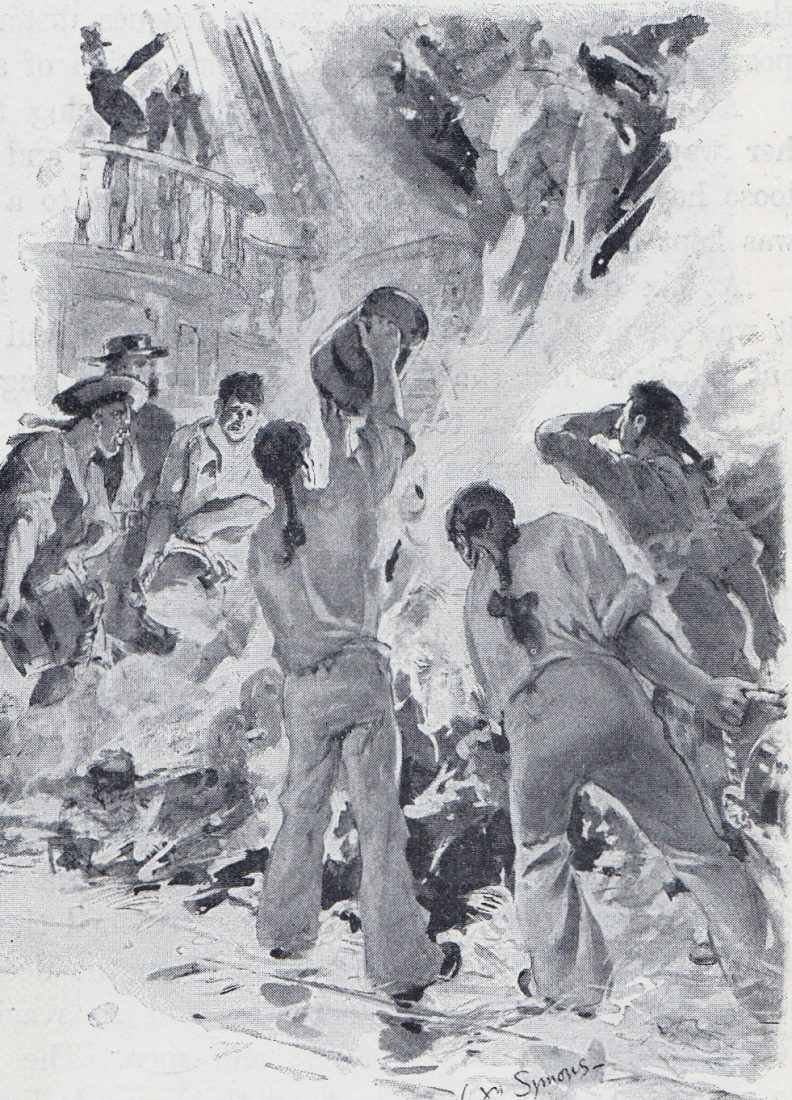 Fighting the fire – a Victorian illustration

In the midst of this Captain Todd and his first lieutenant, Bainbridge, remained on the quarterdeck and directed fire-fighting operations. The pumps were manned but without significant effect. Many of the officers were  asleep in their berths, one being the 22-year old Lieutenant George Dundas who, after being woken by a marine, found it impossible to get up the after hatchway because of smoke. He then tried the main hatchway  but, choking and half-suffocated, he fell back before getting out. He now went forward again, this time to the fore hatch, and he managed to reach the forecastle, where a crowd of petty officers and men had assembled.

The carpenter suggested sending men down to flood the lower decks and to batten down the hatches in between to prevent the fire higher up reaching down. Dundas went down with seventy volunteers – it must have been hell belowdecks by that stage. They opened the lower deck ports, plugged the scuppers, cleared the hammocks and turned on the water-cocks. Burning wood and rigging was falling down the hatchways, filling the space with steam as well as smoke. Dundas and his men managed to get the hatches closed and covered with wet hammocks to keep the fire away from the lower deck and magazine.

By 0900 the middle-deck was burned so badly that several of its guns crashed through it. The situation now being hopeless, Dundas and his men finally retreated to the forecastle by climbing  from the lower deck ports. He found there some 150 men drawing up water in buckets and throwing it on the fire, but their efforts were futile.

By now all boats were burned, other than the launch, which managed to get away without mast, sails, oars or rudder. Many men tried to swim for her, but she was drifting too fast to leeward for them to catch. Now the mizzen mast also came down, throwing more men into the water.  The ship’s guns, which were loaded, now began to go off in the heat, adding to the horror.

The Queen Charlotte was still close enough to shore for Admiral Keith to see the fire and he induced several Italian boatmen to send a half-dozen craft to her. As they neared, the Charlotte’s guns began going off and they turned away. A boat from an American ship did approach and drew alongside, but too many jumped in and they swamped her. 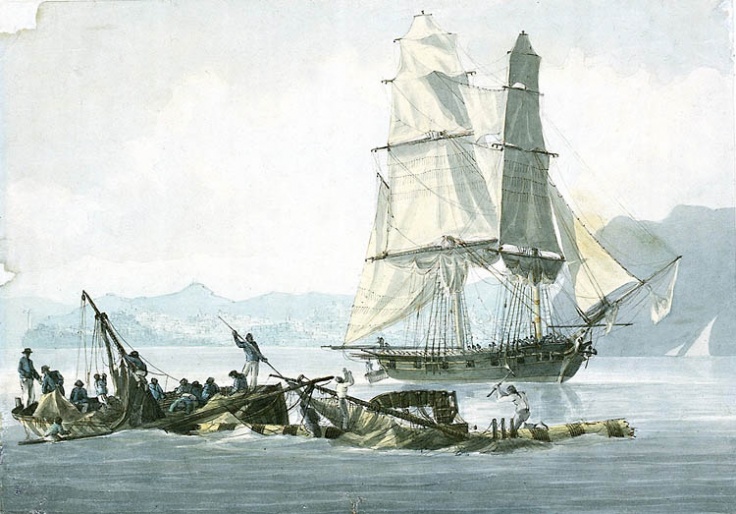 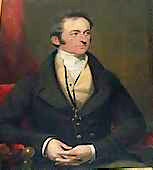 By now the entire ship was ablaze and dozens of men – perhaps even hundreds, had crawled out along the bow spirit and jib-boom, so many indeed that these failed under the weight and threw yet more men into the water. The Italian boatmen, under direction of a British officer, made one more attempt and succeeded in taking off the survivors at the bows. As they pulled away the flames finally reached the main magazine and the Queen Charlotte exploded. Only five hours had passed since the fire was detected but in that time 673 officers and men had died.

It is pleasing to learn that George Dundas, the indomitable hero of the day, was to be rewarded by command of the sixth-rate brig HMS Calpe which he was to take into action in the Battle of the Gut of Gibraltar the following year. He was to have a distinguished naval and political career thereafter and at the time of his death in 1834 was First Naval Lord – the professional head of the Royal Navy. 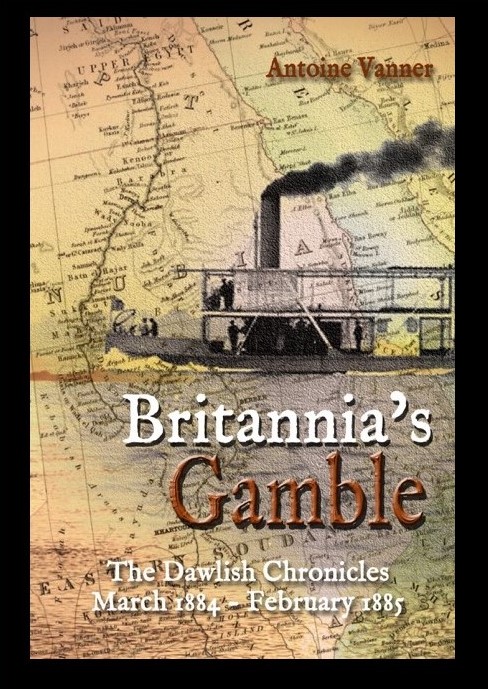 It’s 1884. A fanatical Islamist revolt is sweeping all before it in the vast wastes of the Sudan and establishing a rule of persecution and terror. Only the city of Khartoum holds out, its defence masterminded by a British national hero, General Charles Gordon. His position is weakening by the day and a relief force, crawling up the River Nile from Egypt, may not reach him in time to avert disaster.

Suggestions and comment are always welcome and all emails are replied to. Free short stories, available only to those on the list, will also be made available at intervals.