I recently visited the restored SS Great Britain, laid down in 1839 and launched in 1843, the brainchild of the great British engineer, Isambard Kingdom Brunel. She is today located in Bristol, England, and is a splendid memorial to a heroic era in engineering and seafaring. 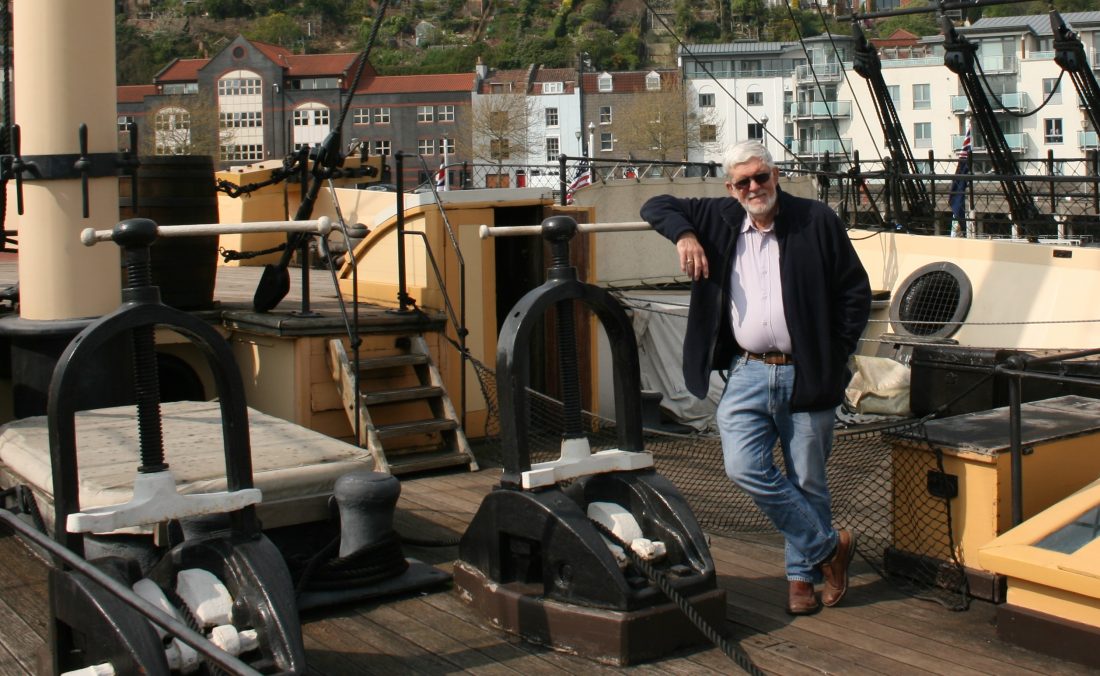 Not only was the SS Great Britain the largest steamship yet built, but the largest ship built of iron, as well as the first large vessel to be driven by a propeller, rather than by paddle wheels – at that time the established method of steam propulsion. The dimensions were stupendous at the time of launch – 3674 tons and 322-ft length – so great indeed that a special graving dock was excavated at Bristol in which to build her. She resides in that same dock today. Her innovative design resulted in construction delays and it was not until 1845 that she made her maiden voyage to New York, making the crossing in fourteen days. 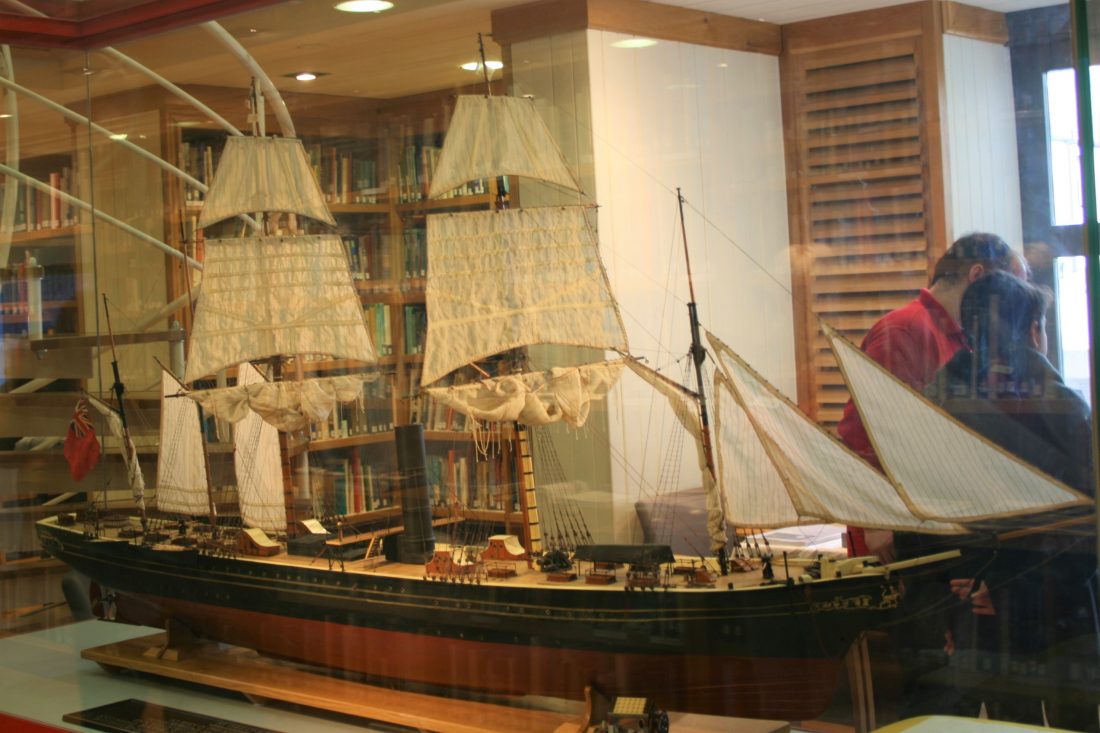 Given the size of the SS Great Britain, and the confined site in which she is located, it is difficult to provide a single photograph that shows the entire ship. A good idea is provided by the massive steam-driven model on display in the associated Brunel Archive.

The decision to use a propeller was a daring one – the concept represented the cutting edge of the technology of the time. An earlier blog (click here) has described the evolution of the propeller and the role played by the engineer Francis Pettitt Smith. 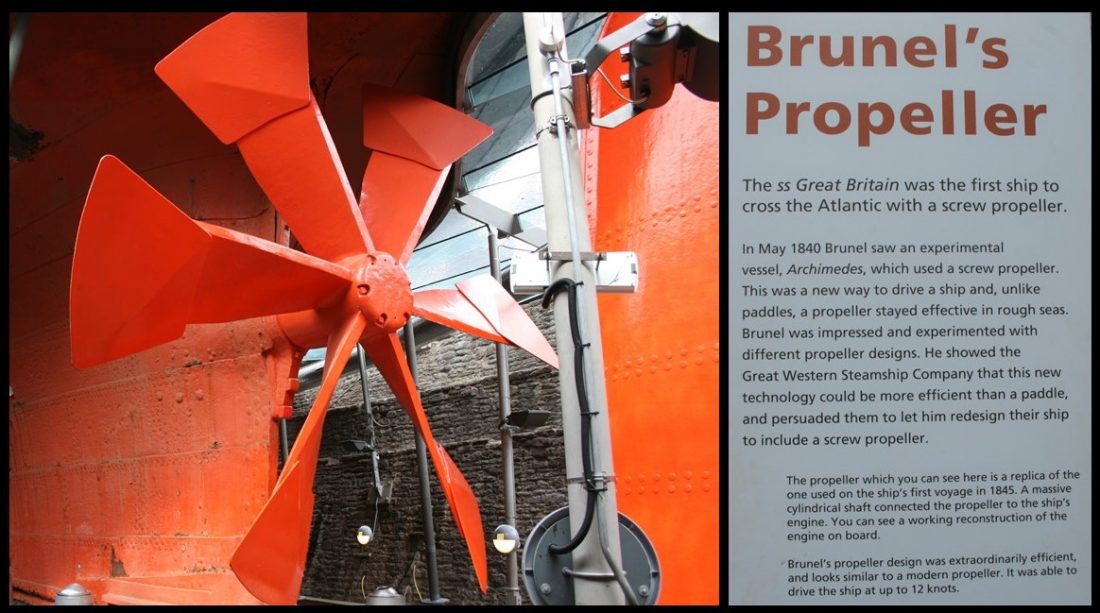 Brunel’s own six-bladed propeller design proved inefficient (it lost blades while at sea) and was replaced by a four-bladed design by Pettitt Smith (Click here for a blog article about Pettitt Smith’s work). The restored vessel is however fitted with a replica of Brunel’s design. 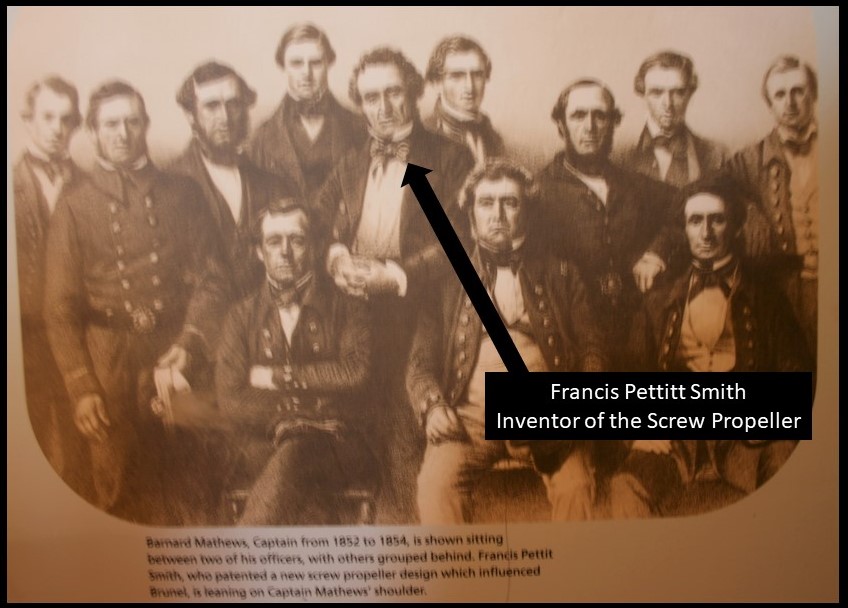 The strength of iron as a construction material was proved when the SS Great Britain ran aground on the Massachusetts Shoals, and later at Dundrum Bay, in Ireland, where she remained for two years. Though she survived, substantial repairs and strengthening were required – a wooden ship, by contrast, would have disintegrated. 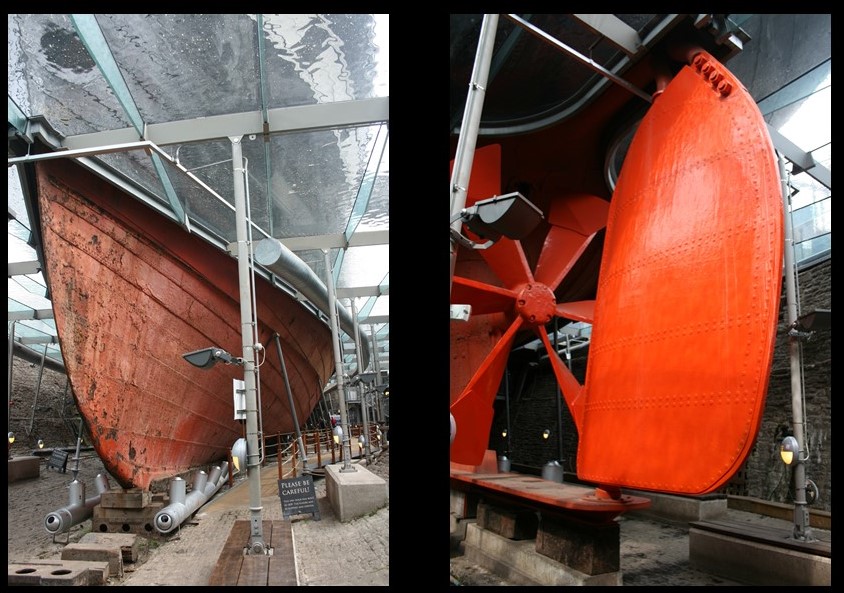 The restored hull below the waterline – bow and stern. The water is simulated by transparent plastic and the dock area beneath is climate-controlled (note piping and nozzles) to prevent corrosion. 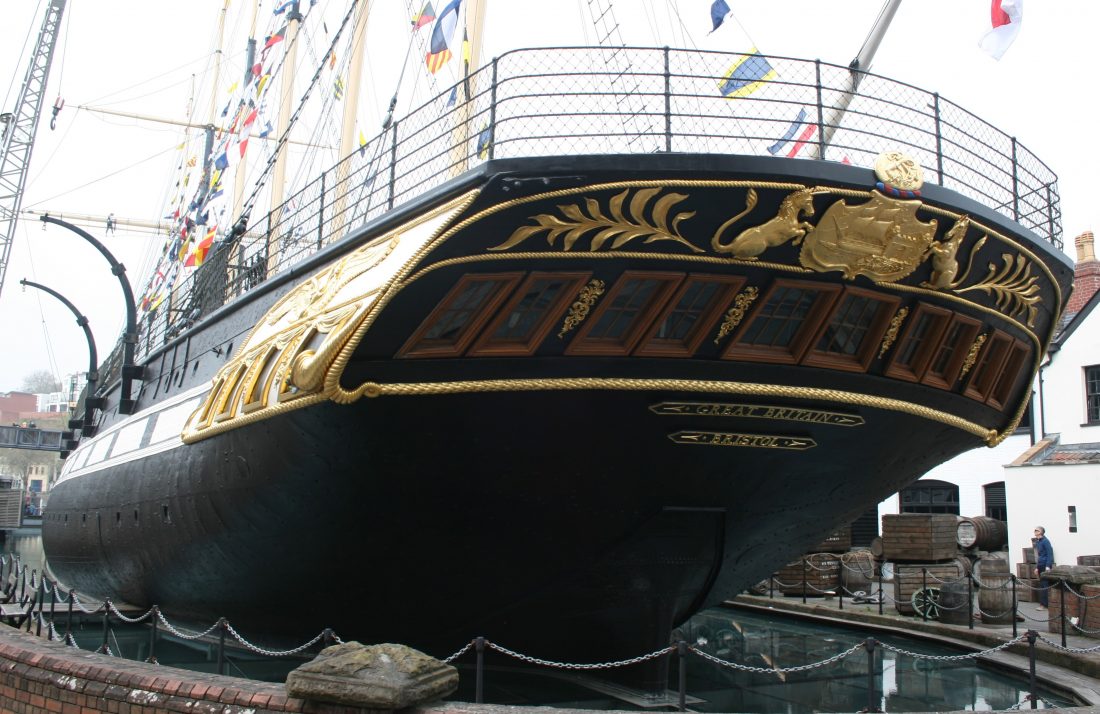 Stern view. Note the tumblehome, which might have been in a factor in the severe rolling that later led to addition of bilge keels

The SS Great Britain’s departure on her maiden voyage – a major national event, which was also commemorated in popular music of the time

The SS Great Britain was luxuriously furnished – at least for first-class passengers – from the beginning, thus setting a standard for later vessels to live up to and exceed. Her life as a transatlantic liner was however short. She suffered the problems that any revolutionary design can be expected to encounter in service and these required substantial refitting – new engines, a different mast and sail plan. 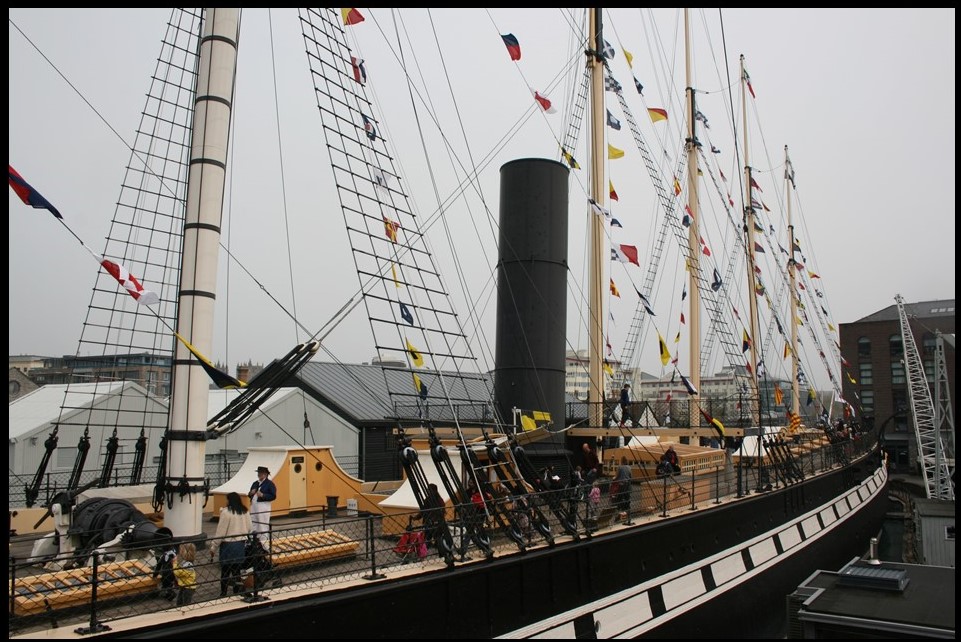 View of the midships. The deck is wholly flush. 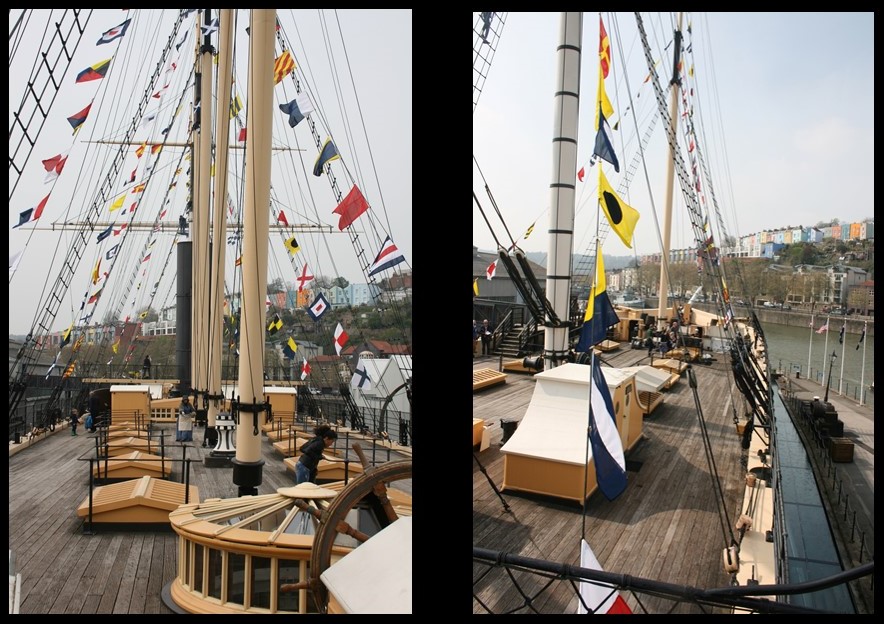 Views of the deck, as the restored SS Great Britain is today. Note extensive skylights, which must have been heavily shuttered in bad weather 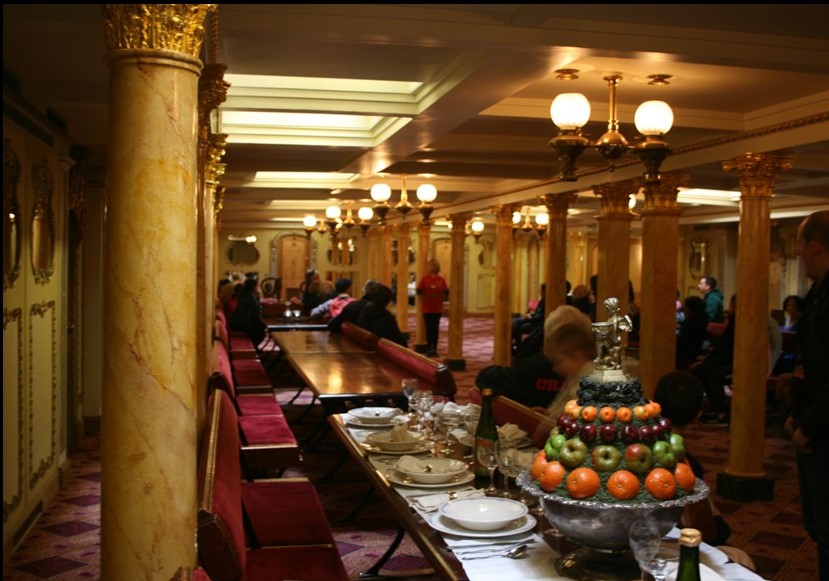 View of the first-class saloon. One wonders how many banquets like the simulation in wax were enjoyed during rough Atlantic passages!

The SS Great Britain was sold on for service in the Australian emigrant trade in 1851. For this her passenger accommodation was increased from 360 to 730 and she was fitted with a retractable propeller to allow long sections of the passage under sail, thereby reducing operating costs. She was also to transport troops to the Back Sea during the Crimean War (1854-56) and to India during the Indian Mutiny (1857-58).

By 1882 the SS Great Britain was obsolete as a passenger vessel but her fine hull lines suited her to modification to a pure sailing ship, mainly transporting coal. A fire on board all but did for her in 1886 and she ended up as a floating coal-storage hulk at Port Stanley, in the Falkland Islands. By 1937 she was suffering severe corrosion and was towed into shallow water to allow her to sit on the bottom. It appears that in 1939 some of her iron was scavenged to repair the damaged HMS Exeter, one of the three Royal Navy cruiser that had fought Germany’s Graf Spee in the Battle of the River Plate. 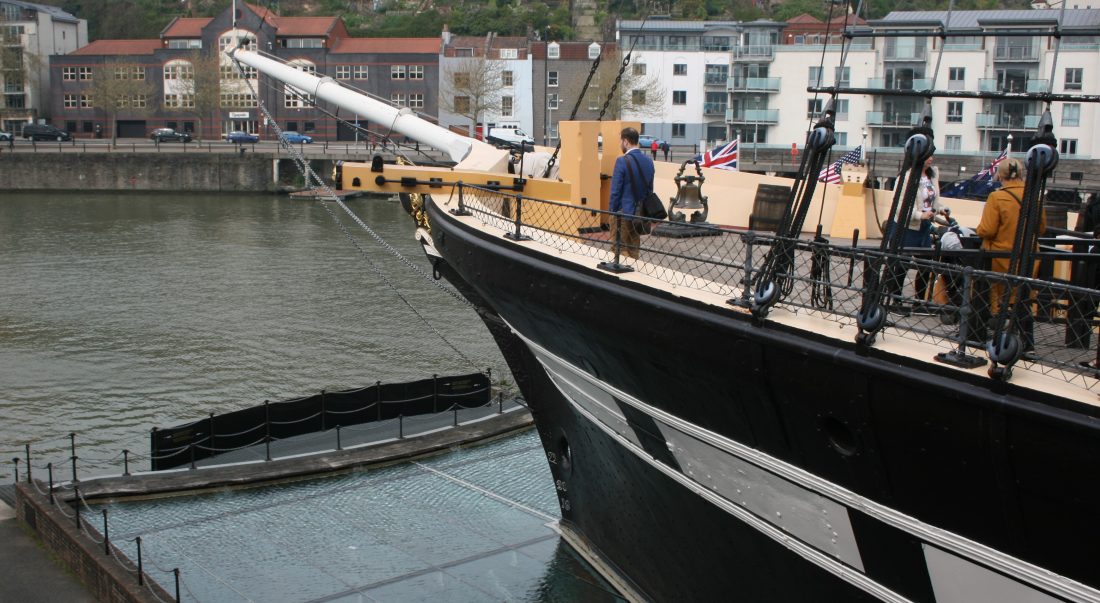 The slender bow suited the Great Britain to later service as a sailing vessel. The caisson gate seen ahead of the is the original constructed for the new dock in 1839

The SS Great Britain lay aground in the Falklands until 1970. She was reflated by an epic feat of salvage, placed on a barge and towed to Bristol, the port where she was built. There, over several years she was restored – essentially to her configuration at the time of her first Atlantic service in 1845. 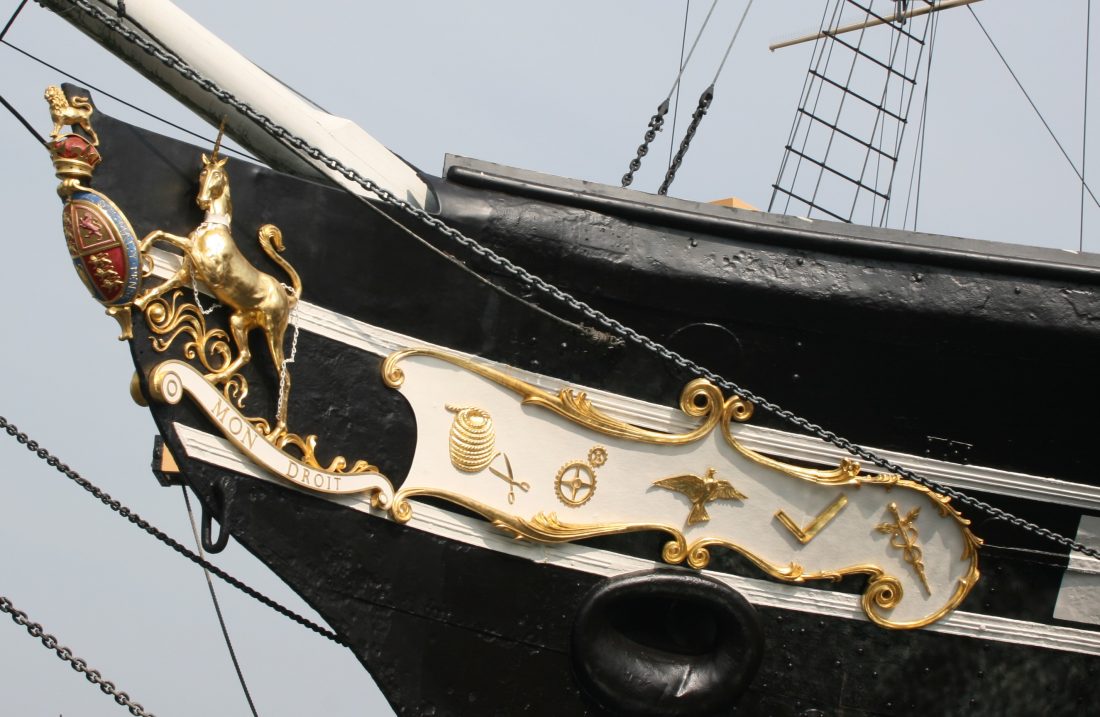 It would be impossible in the course of a single blog to describe the SS Great Britain as she is today in detail. I trust however that the photographs I took give an idea (I failed as regards the replica engine!) of just how impressive she is. I wholeheartedly recommend a visit to anybody interested in Maritime History, or in the Victorian era in general. It’s great day out!

Dawlish finds himself a critical player in a complex political powder keg. He must take account of a weak Korean king and his shrewd queen, of murderous palace intrigue, of a powerbroker who seems more American than Chinese and a Japanese naval captain whom he will come to despise and admire in equal measure. With each step he must risk repudiation by his own superiors. And he will have no one to turn to for guidance…