In 1864 the Austrian Empire joined with the Kingdom of Prussia to inflict a crushing defeat on the small nation of Denmark (a conflict which the Danes unwisely provoked).  This was to be the first of three wars, escalating in scale, which the Prussian Chancellor, Otto von Bismarck, used to advance German unification. In a recent blog (Click here to read it if you missed it) we saw the Austrian Navy in action against the Danish Navy off the island of Heligoland in 1864, an encounter that was a tactical victory for the Danes but which had no impact on the outcome of the war. A hero of the battle off Heligoland was the flamboyant Austrian commander, Admiral Wilhelm von Tegetthoff (1827-1871), who would play an even more dramatic role at the Battle Of Lissa, two years later.

In the second of Bismarck’s wars, in 1866, the Austrian Empire found itself the focus of its previous ally Prussia’s aggression in a contest which would determine which power was to be dominant in Central Europe. The newly-emergent Kingdom of Italy allied itself to Prussia with the objective of winning the territory of Venetia, the last major area in Italy still under Austrian rule. The war was to prove another short one, with Prussian professionalism mercilessly punishing Austrian inefficiency. A rapid Prussian drive south into Bohemia (the modern Czech republic) was made possible by superb mastery of logistics and at Königgrätz (modern Hradec Králové) on 3rd July 1866, in a clash that involved almost half-a-million men, the Austrians suffered a massive defeat. This one battle was enough to decide the so-called “Seven Weeks War” which was ended by the “Peace of Prague” treaty the following month. 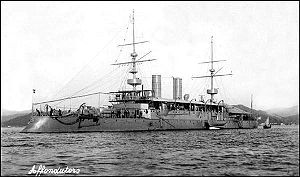 Austria was more successful against the Italians, who had invaded Venetia, defeating their numerically stronger army at Custoza in June 1866 and forcing them to retreat. The other theatre of action was at sea. Both nations had built substantial fleets with the objective of controlling the Adriatic. It is an indicator of the rapidity of technological change that only seven years after the French had launched the Gloire, the first sea-going ironclad’ the Austrians could deploy seven such ships of varying power, and the Italians no less than twelve. Both sides also possessed wooden vessels – the Austrians had seven steam frigates and corvettes plus another dozen smaller units, while the Italians had some sixteen. The advantage was with the Italians as regards firepower, on paper at least – twice that of their enemy as regards total “weight of shot”,  that fired by all guns. Great things were expected of the two Italian “Kings” – the Re d’Italia and Re di Portogallo ironclads, each armed with some 30 heavy rifled weapons – as well as the single-turret ram Affondatore, which had just arrived from its builders in Britain and which mounted two 300-pounder, 10-inch rifles. 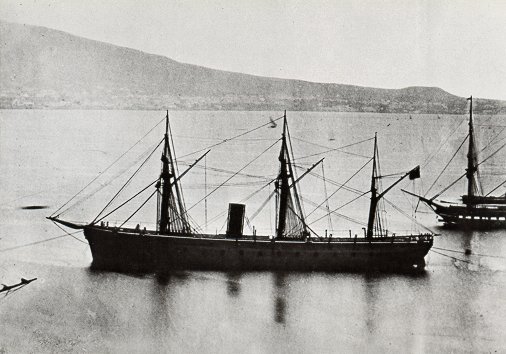 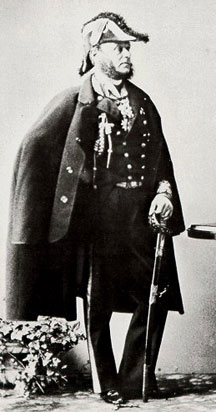 Given the disparity between the two navies it should have seemed easy for the Italian commander, Admiral Carlo Persano, to execute the order given him to “sweep the enemy from the Adriatic, and to attack and blockade them wherever found.” In the event however inefficiency, delay and insufficient gun-drill characterised the Italian effort. Though war was declared 20th June – not unexpectedly, for a crisis had been brewing for some time – it was not until 25th June before he moved the bulk of his fleet from Taranto in the far south to Ancona on the northern Adriatic, some eighty miles south of the Austrian naval base at Pola. On arrival at Ancona on 27th June Persano found thirteen enemy ships offshore, all cleared for action. He made no effort to fight them and according to some reports was so depressed by news of the Italian land defeat at Custoza that he hung back from confrontation. On July 8th he took his force to sea for three days’ practice manoeuvring and signalling – but no firing-drill, despite many of the guns being newly mounted and unfamiliar to their crews. 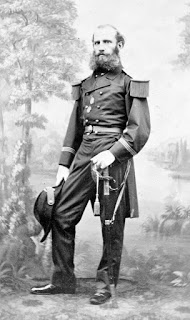 The Italian Minister of Marine forced Persano’s hand by ordering an attack, not on Pola, but on the Austrian held island of Lissa (now Vis), off the Adriatic’s eastern coast. Possession of this island was regarded as essential for control of the Adriatic – and gaining it had been an Italian ambition for some time – but attacking it while there was still an undefeated enemy fleet at large could only be regarded as foolhardy. One reason for the decision may have been that, with negotiations imminent to end the war, possession of Lissa, even at high cost, might provide a valuable bargaining chip.

The decisive factor in the drama now unfolding was to be the aggressive Austrian naval commander, Wilhelm von Tegetthoff, who had been blooded in action against the Danes. His crews were of both Slav and Italian stock from along the Adriatic coast, including some 600 from Venice, and they probably had much in common, in cultural or ethnic terms, with many of  Persano’s men. The difference lay in the loyalty, fighting spirit and discipline which Tegettoff had instilled in them and their facing down of the Italian fleet at Ancona on 27th June had boosted their confidence. 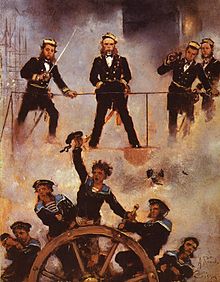 Tegetthoff was initially suspicious that the Italian moves against Lissa were a diversion but telegrams from there convinced him that they represented a major Italian attempt to take the island. Accordingly, on 19th July, he headed there with his entire force.

The Italian offensive was meanwhile proceeding slowly. It opened with shore bombardment – a difficult undertaking, as Lissa’s coastal batteries were sited on commanding heights and manned by determined marines and artillerymen. The operation was nevertheless largely successful, not least due to the arrival of the powerful Affondatore and by the end of the second day some two-thirds of the Austrian guns had been silenced. Had the Italian ground-troops waiting offshore been landed, then the island could probably have been captured before Tegettoff arrived. Zeal to do so was lacking however and on the following day, 20th July, clearing mists revealed to the island’s defenders the Austrian squadron driving from the north-east at full speed. Persano hurriedly gathered the Italian ships to the north of the island to meet them.

Click here to read Part 2 of this article to see what happened next.