In the late nineteenth and early twentieth centuries all major navies, other than the German, lost large ships through magazine explosions of unstable ammunition. The first of such tragedies was in the US Navy, when the battleship USS Maine blew up in the harbour of Havana, Cuba, in January 1898. The explosion was initially blamed on sabotage by Spanish forces, and was a factor in precipitating the Spanish-American War of the same year (the recruiting slogan being “Remember the Maine!”) but it was only long afterwards when the cause was finally attributed to a magazine explosion. 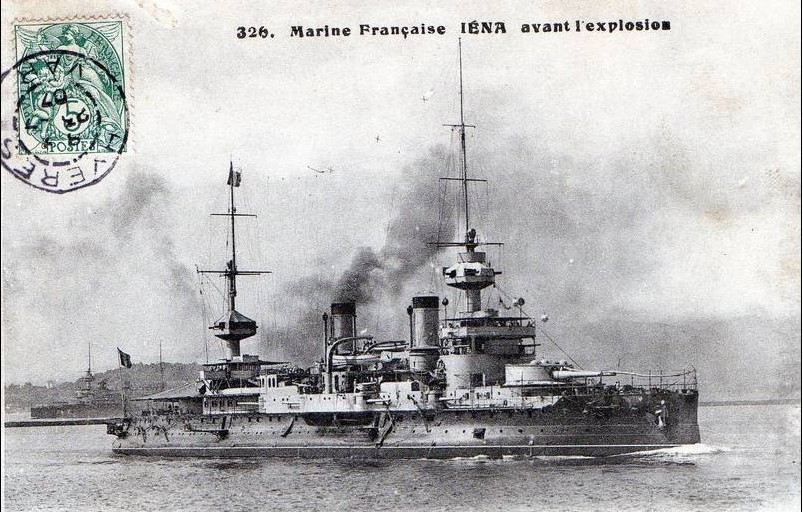 Iéna in service in happier times

The French Navy was to be particularly unlucky in this respect in the years preceding World War 1, two pre-dreadnought battleships being lost while in the naval base at Toulon. The first disaster involved the 11500-ton, 401-feet long Iéna. In service since 1902, this vessel carried an armament – four 12”, eight 6” and many smaller – generally similar to those of her British contemporaries, such as the Formidable class, but on some 3000 tons less displacement. 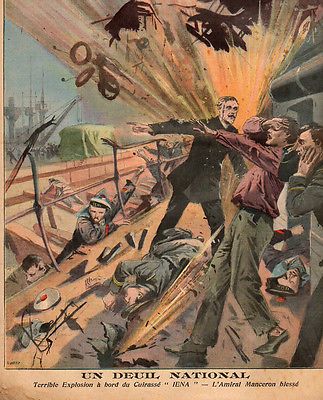 On 12th March 1907 Iéna was in dry-dock at Toulon for maintenance of her hull and inspection of her rudder shaft (which had provided embarrassing problems on the ship’s first commissioning). The full complement was not therefore on board when a series of explosions erupted in the port-side magazines of the 4” anti- torpedo boat armament. The normal procedure in such cases would have been to flood the magazines, but this was impossible due to the ship being in dry-dock. The quick-thinking captain of the battleship Patrie, which was moored nearby, ordered a shell to be fired into the dock-gates to flood the dock but the shell failed to have any effect. Why it was not attempted to repeat this is not obvious. While this was going on, the violence of the explosions on the Iéna was enough to cause the battleship Suffren, moored close by, to heel over so far as almost to capsize. (The Suffren was an unlucky ship ever since her launching – click here to read more about her). The dock was finally flooded, thanks to the heroism of a young officer, Ensign de Vaisseau Roux, who was killed by fragments soon thereafter. Though the Iéna was damaged beyond repair the death toll – 120 lives – was lower than if the explosions had occurred at sea with her full 700-man crew on board. 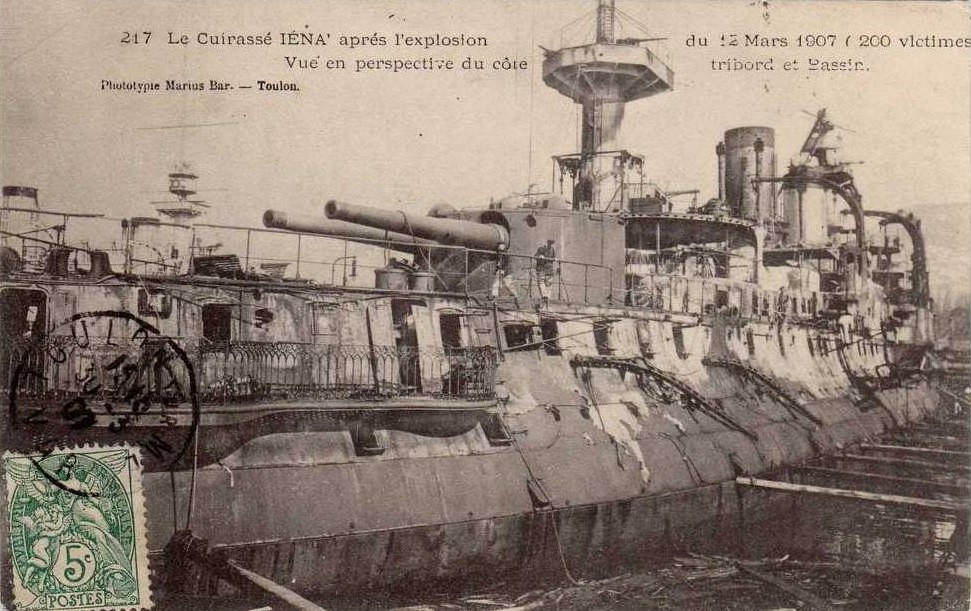 Investigation traced the origin of the explosion to the instability of the ammunition’s nitrocellulose-based propellant. Known as “Poudre B”, this was known to become unstable with age and to self-ignite. It was estimated that 80% of the contents of the ship’s magazines were the suspect at the time of the accident – which could have been far worse had the magazines of the main 12-inch weapons also detonated.  Scandals – known as affairs – were one of the great institutions of the French Third Republic that lasted from 1870 to 1940 and the Iéna disaster was to trigger a choice specimen, referred to as “l’Affaire des Poudres” which resulted in the resignation of the Navy Minister, Gaston Thomson (1848 -1932). Like so many French politicians of the time, involvement in a scandal does not seem to have affected his future career negatively. 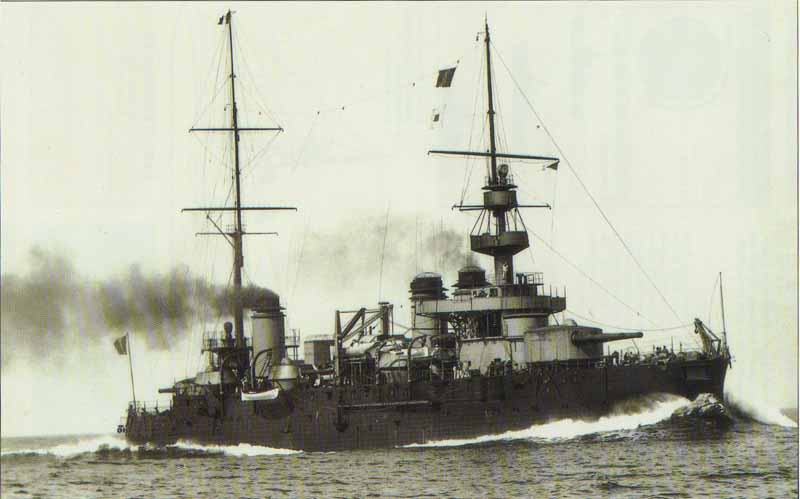 Lessons from the loss of the Iéna should have been sufficient to avoid similar tragedies in the future but three similar accidents occurred on smaller vessels over the next three years, with no ship lost and a small death-toll. A greater disaster was however to occur, again in Toulon, for years later.  The Liberté, of 14630- tons and 430-feet length, was one of the four ships of the class to which she gave her name and which were the last pre-dreadnoughts to serve in the French Navy. Liberté was obsolete at time of her launch and she entered service in 1908, a year after Britain’s HMS Dreadnought had changed the battleship paradigm. Her four 12-inch cannon represented a puny armament when compared with the Dreadnought’s ten. Liberté did however also mount ten 7.6-inch weapons, six in single turrets and four in casemates. 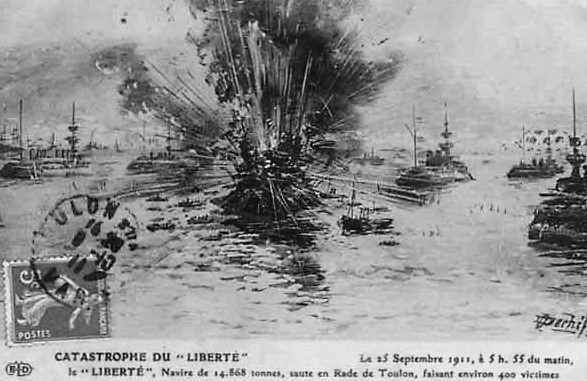 Liberté was moored in the harbour in Toulon on 25th September 1911 when an explosion erupted in one of the forward magazines of the 7.6-inch guns. The situation was serious, but not yet fatal, and the commander, Captain Louis Jaurès, sent a party forward to flood the magazines to prevent an explosion in the main magazines. A major design fault was now manifested, for the flooding valves were located beneath the magazines. Two heroic attempts were made to reach the valves but were beaten back by fire and smoke. A third attempt was in progress when the main magazine exploded, tearing the ship apart. A

The violence of the detonation was sufficient for the pre-dreadnought République, moored over 200 yards away, to be damaged seriously when a 40-ton section of Liberté’s armoured plate was thrown against her side. The death-toll was some 250 and state funerals for these victims were attended by the president and a relief fund for the bereaved families received massive support across the nation. 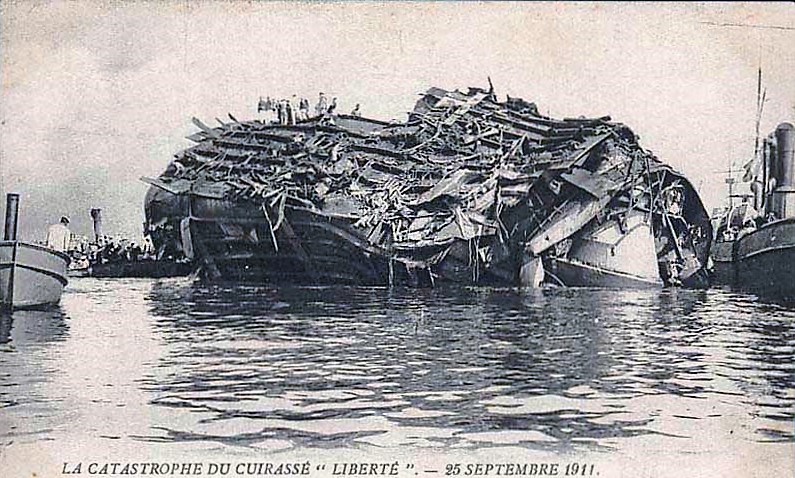 The wreckage of the Liberté – hardly identifiable as a ship 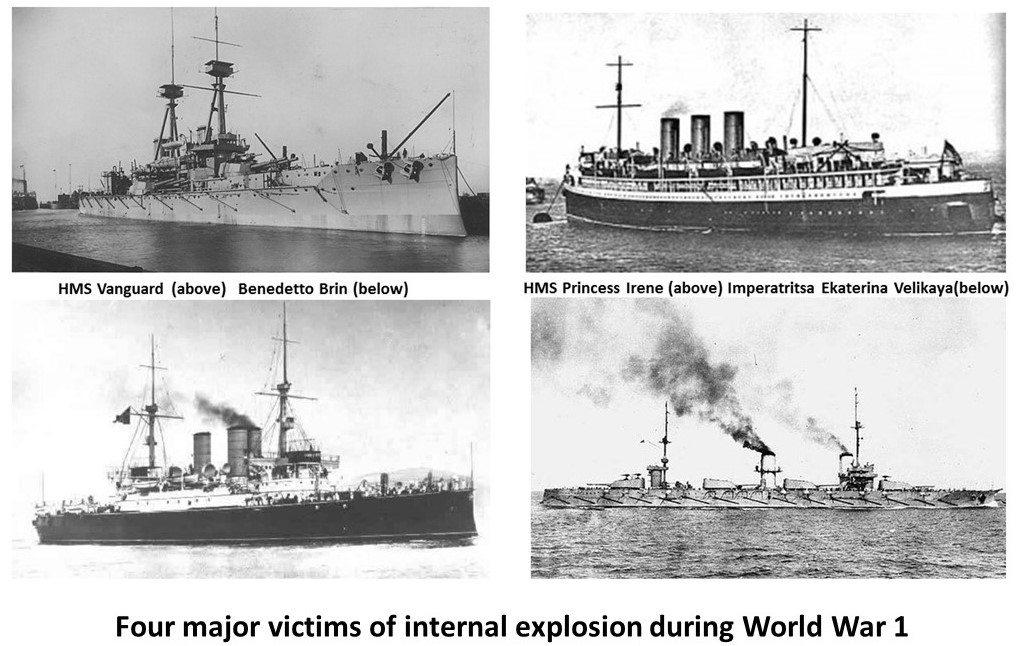 Improvements in propellant stability ended this string of disasters after 1918 and internal explosions were not to punctuate World War 2, as they had the previous conflict. 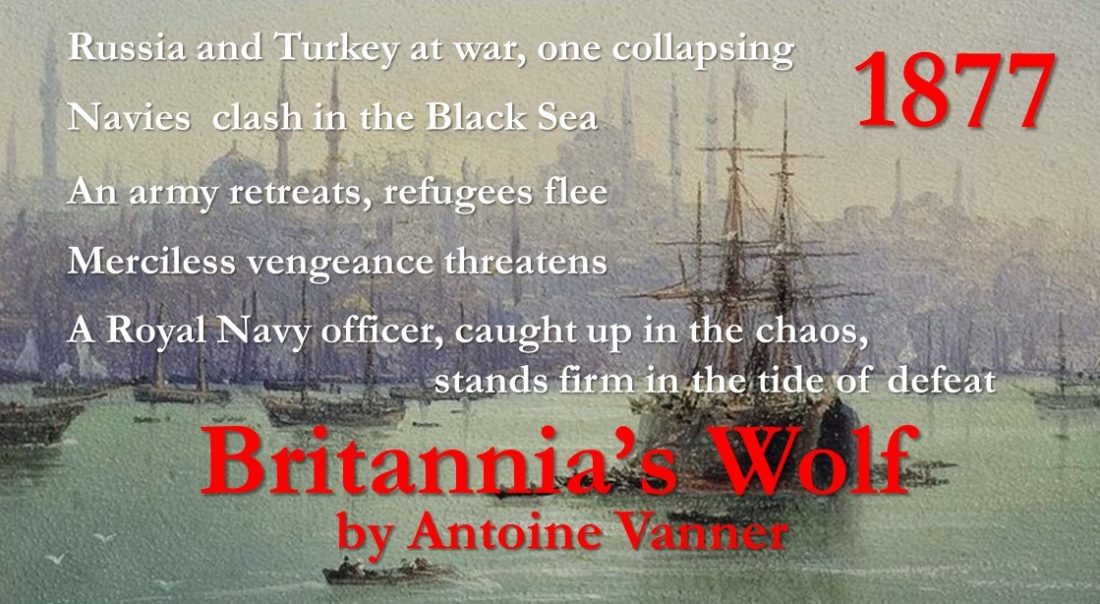