One of the pleasures for me of having embarked on historical naval fiction has been meeting so many interesting people who are active in the same genre. Of these, D.D. Davies is one of the most fascinating, for he not only writes enjoyable novels but is also a distinguished historian whose works on the navies of the Restoration Era are particularly noteworthy. A short and very impressive CV of David is provided at the end of this article. His latest novel, Armada’s Wake, has been published recently and to mark this occasion I asked him to provide a guest blog on a related subject.

I hope you’ll enjoy it as much as I did: Antoine Vanner

THE ‘UNDERDOGS’ IN THE SPANISH ARMADA CAMPAIGN?

My recently published novel Armada’s Wake is the concluding part of my trilogy of naval historical novels set in the Tudor period, focusing on one seafaring family, the Stannards of Dunwich in Suffolk, over a forty-year period. When I set out to research and then write it, I discovered to my surprise that very few novels, certainly of relatively recent years, had put the actual fighting at sea front and centre, which presented me with an unmissable opportunity. 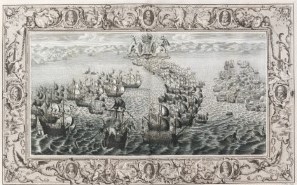 The positions of the English and Spanish fleets at the beginning of the campaign in the Channel; engravings by John Pine, 1739, based on originals by Hubert Francois Gravelot (Rijksstudio, Amsterdam). These ‘bird’s eye views’ help create the impression of the small and relatively disorganised force of English ships sailing out against the ‘invincible’-looking crescent formation of the Armada.

On the other hand, the story of the Spanish Armada seems so well known that popular perceptions place a weight of expectation on any author tackling it, as well as several dilemmas. 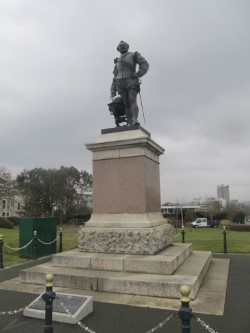 Should Sir Francis Drake be playing bowls as the Armada approaches, saying he has time to finish the game and beat the Spaniards too? But the story is almost certainly apocryphal – it appears in no contemporary accounts and first emerges in print almost exactly 150 years later, quite probably the invention of the author and herald William Oldys, a man who was said to be ‘rarely sober in the afternoon, and never after supper’, his favourite tipple apparently being porter washed down with gin.

Similarly, Queen Elizabeth’s famous Tilbury speech (‘I have the heart and stomach of a king, aye, and of a King of England too’) was not published in any form until 1654, based on a letter written in 1623, thirty-five years after the event, as a polemical argument against better relations with Spain at that time. Moreover, there are three entirely different versions of what she said, the two less renowned versions being far more contemporary than that containing ‘the heart and stomach of a king’. Having said that, the famous version is exactly the sort of thing which Elizabeth undoubtedly did write and say on many occasions, so while I’ve omitted the game of bowls, I’ve kept the speech!

Another of the abiding legends of the Spanish Armada campaign is that the English were the underdogs in terms of naval hardware. The myth of smaller English men-of-war going up against the much larger Spanish leviathans is ingrained in national consciousness, and appears in all the films made about the events of 1588, from Fire Over England in 1937 to Elizabeth: the Golden Age exactly seventy years later. This, in turn, owed much to the famous set of tapestries, illustrating the events of the campaign, made in the 1590s for the victorious Lord High Admiral, Lord Howard of Effingham. These subsequently hung in the House of Lords and were venerated by many generations until they were destroyed by fire in 1834. So abiding was their influence, though, that new paintings, closely copying the originals, were completed in the Houses of Parliament as recently as 2010. Yet these clearly show the battle as Howard wanted it remembered – with the English ships appearing smaller and fewer than their opponents, and his own actions emphasised at the expense of those of his colleagues. The manipulation of imagery as part of an agenda of state propaganda has a very long pedigree indeed! 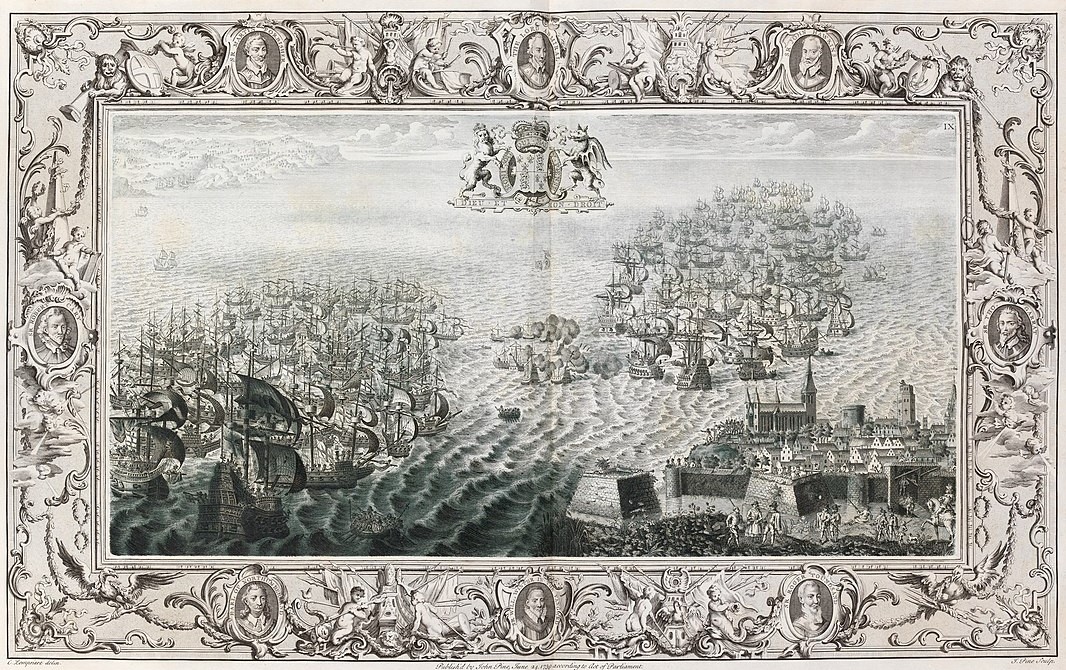 One of the ‘Armada tapestries’ hung in the House of Lords. Engraving by John Pine, 1739, based on the originals (Wikimedia Commons).

In fact, the English were most certainly not the ‘underdogs’ in 1588. The largest ship on either side was English (the Triumph), while the dozen or so of the largest true men-of-war in the English fleet were considerably larger than their equivalents in the Armada. Many of the principal English ships were ‘race built’ galleons, a new design developed from the 1570s onwards, which were much more nimble than their opponents. The perception of the Spanish ships as ‘larger’ was essentially a false impression founded upon their higher sides, which may have looked more impressive but also made them less manoeuvrable, certainly when to leeward of their opponents as they were for most of the fighting in the English Channel in July 1588. Many of the larger Spanish ships were essentially no more than troop transports which were virtually useless as combatants.

Moreover, the English gunnery – certainly their rate of fire – was vastly superior to that of the Spanish. Both sides deployed roughly similar naval artillery, but the Spanish gun carriages were more awkward to manoeuvre. The carriages on which the largest guns were mounted could not be reloaded inboard, meaning that many of the Spanish ships fired their principal armament very little during the battles in the Channel. The gun crews (overwhelmingly soldiers, not seamen) were also less practised in battle at sea, and the shot available to them was often of poor quality and frequently the wrong size for the guns. 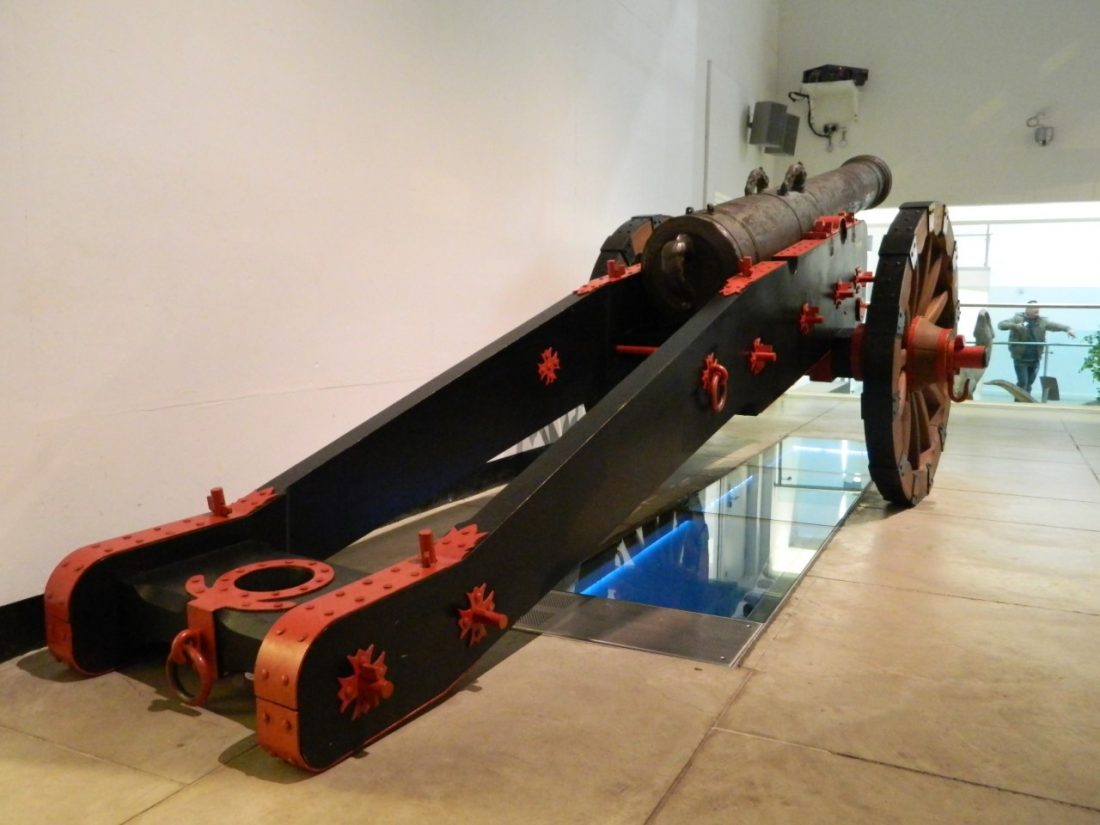 Gun from La Trinidad Valencera, wrecked at Inishowen, County Donegal, now at the National Museum of Northern Ireland. Mounted on a replica of the huge and unwieldy carriage which would have made it very difficult to reload the gun in combat. (Wikimedia Commons)

Again, perceptions of the size of the English fleet, based partly on the impression given by the Armada tapestries, are also distorted because almost all of the latter illustrate only the fleet under Howard and Sir Francis Drake which came out of Plymouth and then tailed the Armada up the Channel. In fact, when Lord Harry Seymour’s Narrow Seas fleet, based in Dover and the Downs, joined forces with that from Plymouth, their combined strength outnumbered the Armada. And all of these factors, of course, were present before one considers the elephant in the room – the colossal fundamental flaw in the master plan developed solely by King Philip II, which depended on a perfectly timed rendezvous between a fleet sailing all the way from Spain and an army ashore in Flanders in an era when establishing any form of direct communication between the two forces was bound to be slow and unreliable at best, or simply impossible at worst. In short, then, the ‘surprise’ in 1588 is not that the Spanish Armada lost, but that it came as close as it did to winning.

It’s at this point, of course, that the courses steered by historians and writers of fiction diverge. Wearing my historian ‘hat’, I’d like nothing more than to introduce a wider audience to all the new theories and revisionist thinking about what happened in 1588, some of which I’ve outlined here. But with my novelist hat on, nothing beats a good underdog story. So yes, I have a character aboard Drake’s Revenge, sailing out to confront what seem to be impossible odds, and yes, I have Queen Elizabeth in armour and on horseback, delivering that speech.

Some myths are ultimately irresistible! 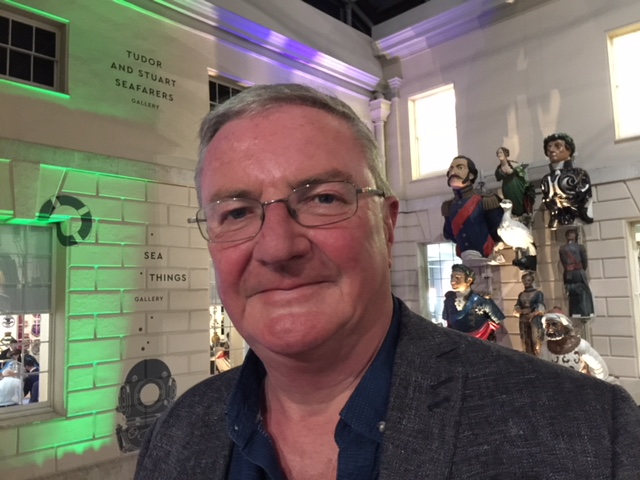 J D Davies is Chairman of the Society for Nautical Research, a Fellow of the Royal Historical Society, and the author of the prize-winning non-fiction books Pepys’s Navy and Kings of the Sea. He also writes ‘the journals of Matthew Quinton’, a bestselling series of naval fiction set in the seventeenth century, and ‘Jack Stannard of the Navy Royal’, a trilogy set in the sixteenth century and comprising Destiny’s Tide, Battle’s Flood and Armada’s Wake.

For an earlier guest blog by J.D. Davies, one concentrating on the disaster year of 1667, click here. 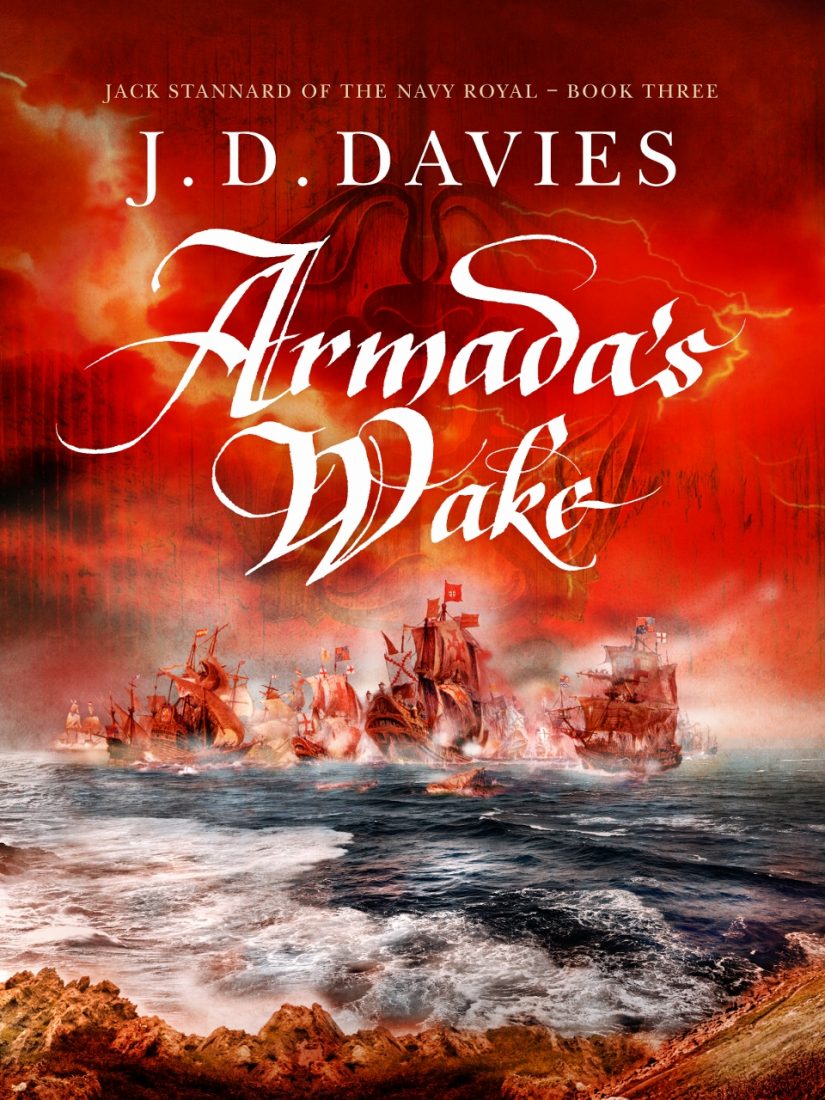 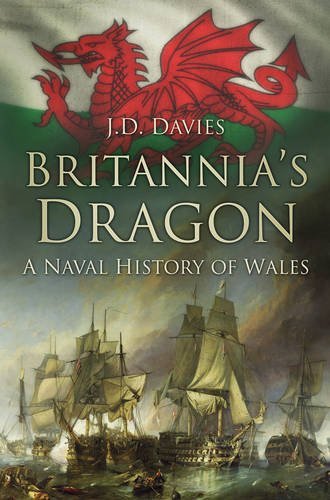 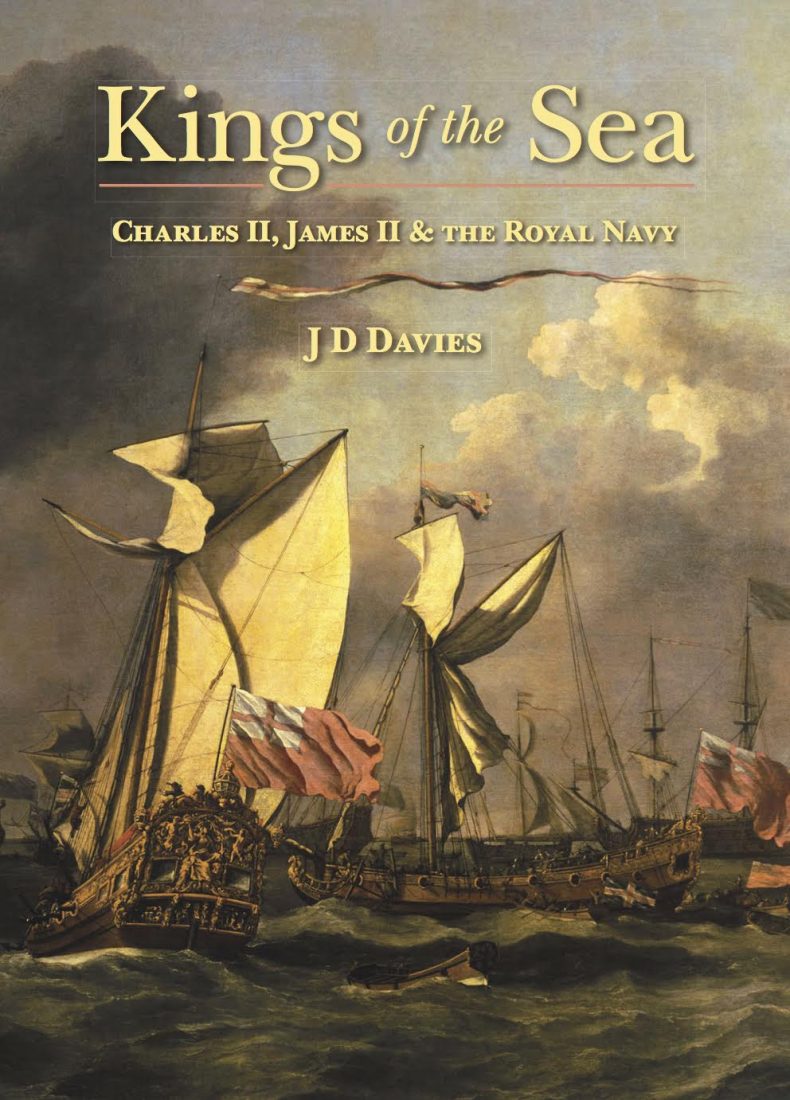