Skip to content
Captain Trollope and the Carronades – Part 1

Captain Trollope and the Carronades – Part 1

Carronades – large-calibre, short-range cannon throwing very heavy shot – were a game-changing weapon when introduced in the 1780s (Click here for the article “HMS Flora 1780: the Carronade’s arrival”). Their light weight allowed them to be mounted on smaller craft that would be incapable of carrying larger “long guns”, thereby giving such vessels an offensive capability wholly disproportionate to their size. They were to prove no less valuable on larger vessels, especially for raking the decks of enemy vessels at close quarters with grapeshot.

One notable British officer of the Revolutionary and Napoleonic Wars period was to gain a reputation as “carronade crazy” and, though his career was to be a long and successful one, he is best remembered for two spectacular actions in which his use of these weapons proved decisive.  Henty Trollope (1756-1839) had entered the Royal Navy at 14. In 1781, having seen extensive action in the American War of Independence, he achieved the coveted rank of “post captain” at the young age of 25. His first command was the frigate HMS Rainbow. Though the war was by then in its final stages, active hostilities between Britain and France were still in full swing and 1782 found Trollope on patrol off the northern coast of Brittany. 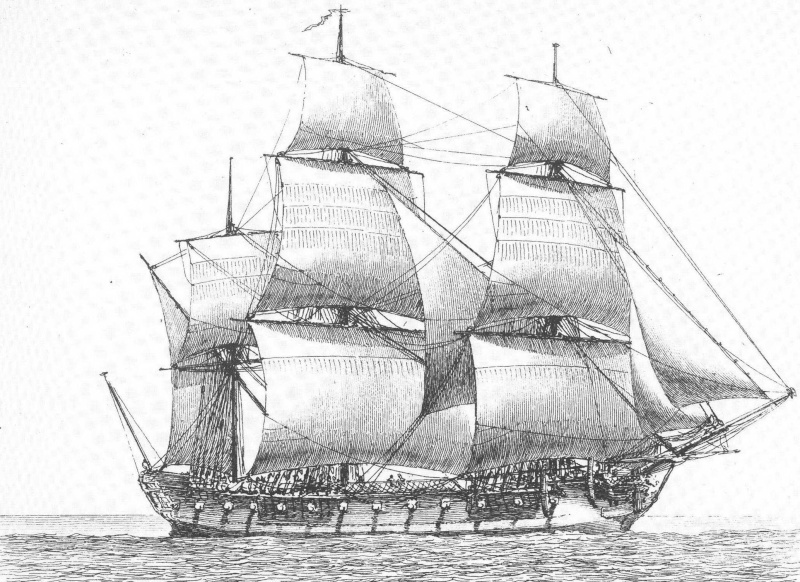 As Trollope commanded her, HMS Rainbow was an experiment – a 35-year old 44-gun frigate that had been re-armed entirely with carronades. She now carried a total of 48 of them – 20 68-pounders on her main-deck, 22 42-pounders on her upper deck, 4 32-pounders on her quarter-deck, and 2 32-pounders on her forecastle. This gave her a “weight of metal” – the total discharged in a single broadside – of 1238 pounds. This compared with a broadside weight of metal of only 318 pounds if she were to be armed as a conventional frigate mounting only long guns. It should also be noted that at the time the largest guns carried by line-of-battle ships were long 32-pounders.  The disadvantage was however that Rainbow would have to come to very close range with an enemy before she could loosen her enormous firepower and during the approach she would be vulnerable to fire from conventional weapons. In a worst case, a skilful enemy commander might be able to manoeuvre nimbly so as to stay outside HMS Rainbow’s range and batter her into submission with long-range fire. In 1782 however, with the carronade still a novelty, and the possibility of any frigate being entirely armed with them was a remote one, her armament gave HMS Rainbow the potential for surprise. 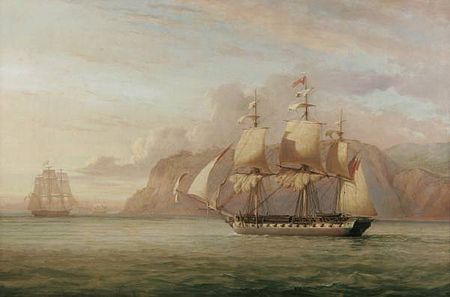 On 4th September 1782, off the Isle du Bas, Rainbow sighted a French frigate which was escorting a small convoy from Saint-Malo to Brest. Trollope immediately ordered a chase. The enemy proved to be the Hébé and her armament was typical for a French or British frigate of the period – 28 18-pounders and 12 8-pounders. The French commander, the Chevalier de Vigney, could reasonably expect an evenly matched contest and – unwisely – allowed Trollope’s vessel to close. It was only when Rainbow opened fire with her bow-chasers, and when several large shots struck the Hébé, was it apparent that something unusual was involved. 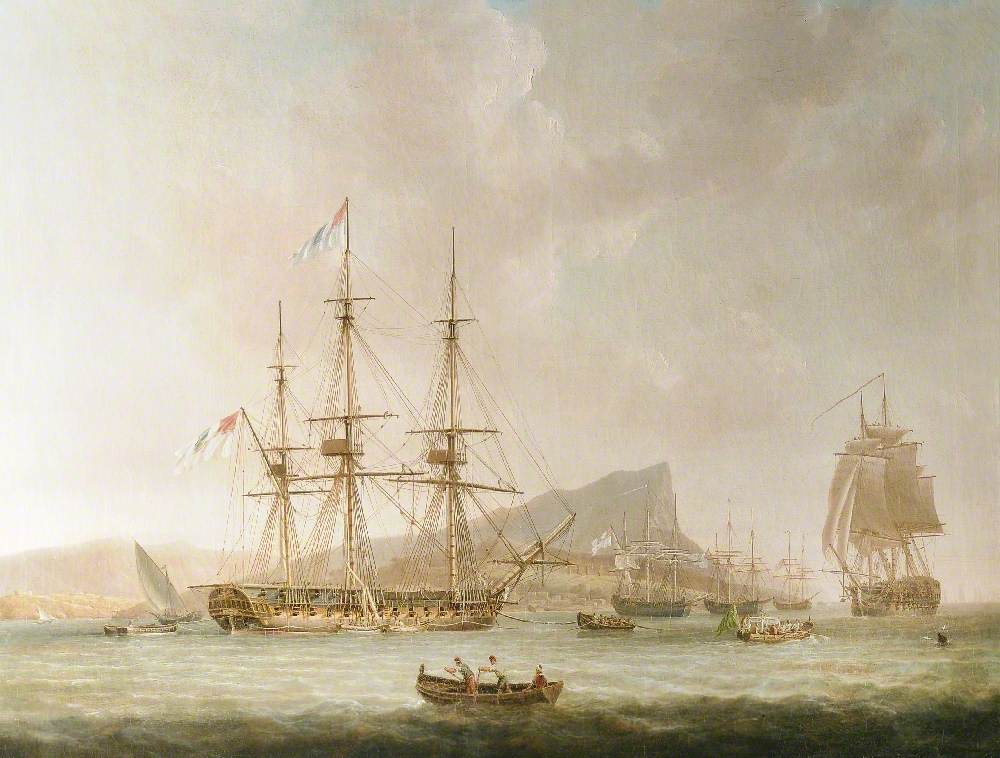 Hébé’s sister Sibylle  seen here as HMS Sibylle after capture by HMS Romney in 1794, as painted by Anton Schranz d. 1839

As Trollope’s prize, Hébé was purchased into the Royal Navy. Her hull-form was regarded as outstanding and she subsequently served as an inspiration for future British frigate designs. She retained her own name initially – as was the custom with captured warships – but she was renamed HMS Blonde in 1805, serving a further five years thereafter. Rainbow’s useful life was nearing an end and she was demoted to harbour service from 1784 until her disposal in 1802.

Trollope’s career was however only taking off and in 1795 he was to fight an even more remarkable action in which carronades were again to prove a critical factor.

Part 2 of this article tell about it – so click here!

The Dawlish Chronicles – now up to ten volumes, and counting. Click on the banner below for details.