One of the last fireship attacks:

For many centuries fireships were to be some of the most dramatic and devastating of all naval weapons, albeit that they were difficult to deploy and dangerous to their crews. The most effective and history-changing use ever of such ships was when they were used to attack the Spanish Armada at anchor off Gravelines in 1588. The effect was out of all proportion to the damage they did – or could do – as they panicked the Spanish captains into cutting their cables and running out into the North Sea. Adverse weather made a return via the English Channel impossible, ending hopes of landing a Spanish army on British soil and driving the majority of the ships to destruction on the Scottish and Irish coasts. Creasey, the historian, was to number this defeat among what he termed “The 15 Decisive Battles of the World”. One of the last deployments of fireships by the Royal Navy was to take place in July 1800 and a key role in the action would be played by a sloop-of-war of innovative design, HMS Dart. 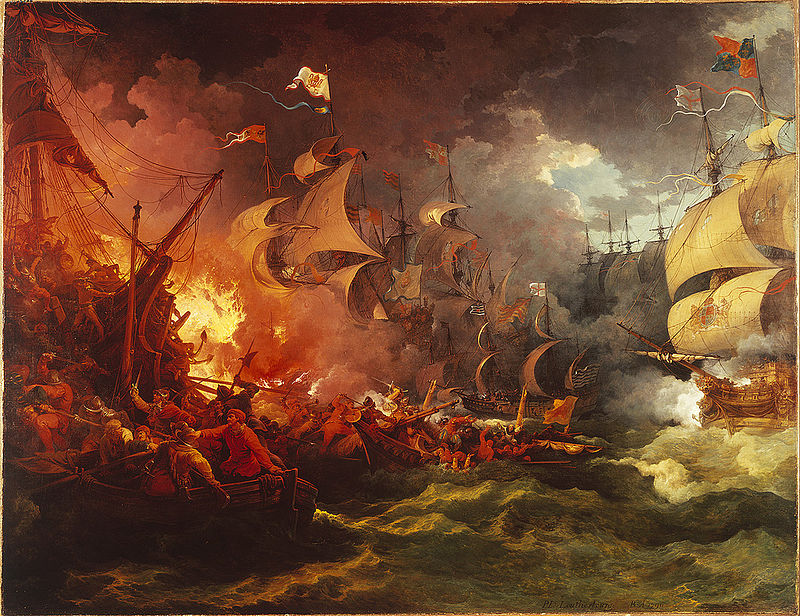 Close inshore action against French shipping by aggressive British naval officers was to be a constant feature of the Revolutionary and Napoleonic Wars and the July 1800 attack, on the heavily defended French base at Dunkirk, was to be one of the most daring. The inspiration for the raid came from the noted frigate captain, Henry Inman (1762 – 1809), then in command of the 32-gun Andromeda, and the objective was destruction of four French frigates anchored in the Dunkirk roads – Poursuivante, Incorruptible, Carmagnole and Désirée. They lay under the protection of powerful coastal gun-batteries, the anchorage was patrolled by rowed gunboats and treacherous shoals and shallows made approach difficult. Fireships were to be a key feature of the operation and four obsolete brigs were prepared for such duty – Wasp, Falcon, Comet and Rosario.

Under Inman’s overall command, the squadron – what might now be termed a task-force – consisted of the frigates Andromeda and Nemesis, the brigs Boxer and Biter, the four fireships, two hired cutters, Kent and Ann and a hired lugger, Vigilant. There was in addition a most unusual vessel, HMS Dart, classed as a sloop since nobody knew what else to call her. 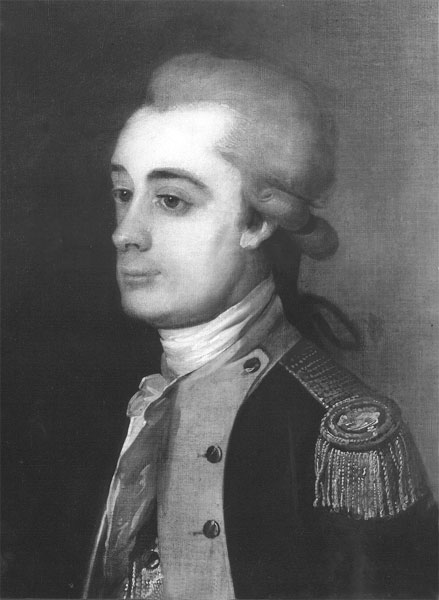 HMS Dart, and her sister HMS Arrow, were experimental vessels, never indeed to be repeated. They were the brain-child of Sir Samuel Bentham (1757 – 1831) – brother of the philosopher Jeremy Bentham. At this stage in his remarkable career as an engineer and naval architect, in Britain, Russia and China, Bentham held the position of Inspector General of Naval Works. Designed to operate in coastal waters, these two vessels were virtually double-ended and featured a large breadth-to-length ratio, structural bulkheads, and sliding keels. Of 150 tons and a mere 80 feet long overall, they packed an enormous punch for their size, all guns being carronades, (Click for more on these weapons) HMS Dart and HMS Arrow carried twenty-four 32-pounders on their upper deck, two 32-pounders on their forecastle and another two on each quarterdeck. HMS Dart’s command had been assumed in 1799 by Commander Patrick Campbell (1773 –1841), who would later rise to flag rank and in this year, and the next, she would see active and successful service in Dutch coastal waters.

Bad weather delayed the start of the operation but it was finally launched on the night of 7th July, the vessels in line ahead with Campbell and HMS Dart – with her massive fire-power – leading. His objective was to attack the innermost French frigate while the fireships were to grapple the other three and so destroy them.  HMS Dart drew ahead of the other British vessels and, as the night was dark, managed to come close enough by midnight for the nearest French vessel to challenge her. Campbell answered that his ship was French, from Bordeaux, and this appears to have been accepted. HMS Dart, unsuspected, moved on unhindered past the first two frigates until another French challenge asked what convoy was coming in her wake. The answer “Je ne sais pas” – “I don’t know” – was, quite amazingly, accepted. Suspicions were however aroused on the third French ship, which now opened fire. As she ran past her, HMS Dart unleashed a smashing broadside. Her carronades had been double-shotted with roundshot and grapeshot – almost 900 pounds of metal per broadside – and the effect was devastating. 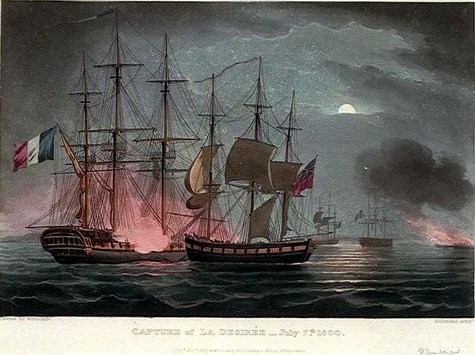 HMS Dart drove on to crash into her target, the fourth and innermost frigate, the Désirée. Her bowsprit ran into the foremast’s shrouds. Led by HMS Dart’s first lieutenant, James M’Dermeit, fifty men swarmed across. The inevitable man-to-man fighting ensued and M’Dermeit, wounded, called for reinforcement. Campbell managed to drag HMS Dart fully alongside so as to allow a second boarding party to get across. This decided the issue and the French were subdued and struck their colours. Captain Inman had been following in the lugger Vigilant, crewed by thirty volunteers from Andromeda, and under intense fire, came alongside Désirée, boarded, cut her cable and took her out to sea. The struggle had been vicious but one-sided – of Désirée’s 330-man crew over 100 were killed or wounded, with only a single midshipman surviving from her officers. HMS Dart, by comparison, suffered one man killed and eleven wounded – surprise had paid off.

The fireships had meanwhile launched their attack. Packed with combustible material and gunpowder, set ablaze by their volunteer crews, they were steered towards the remaining three French frigates while the Dart and the two brigs, Boxer and Biter, provided covering fire. Pulling boats accompanied them to take off the crews – the officers commanding the fireships remained on board until they were all but enveloped by flames. The French reacted as the Spanish had done over two centuries previously – they cut their cables and sailed under fire past Dart, Boxer and Biter into shoal-waters familiar to them where the British could not follow. Unmanned now, the fireships drifted until they exploded without doing any damage to the enemy. French rowed-gunboats came out from Dunkirk to join in the fray but were repulsed by the hired cutters. 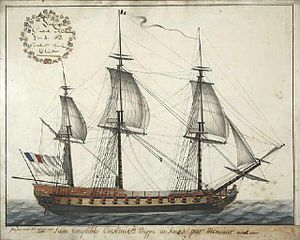 Incorruptible, sister of the Désirée , of the same Romaine-class
She was one of the three French frigates to escape capture at Dunkirk

Recognising that the three surviving French frigates were now unreachable, Inman ordered withdrawal.  With no room for prisoners and with large numbers of French wounded, he sent his captives back into Dunkirk. Success had been partial but the moral effect of the attack must have been considerable. Campbell of HMS Dart was deservedly promoted to post captain and given command of the sixth-rate HMS Ariadne. The Désirée was commissioned in the Royal Navy as HMS Désirée under Inman’s command. She was to see much active service thereafter, including participation in the Battle of Copenhagen in 1801. Inman’s own subsequent career was also active but poor health led to his early death in India in 1809. It is notable that prize money was paid for Désirée’s capture but head money, an award made for enemy servicemen killed, wounded or captured, was not paid, probably because of the return of the French prisoners.

And what became of the innovative HMS Dart and her sister Arrow? Both were to have further active careers. Perhaps we’ll meet them on a future blog!

Naval Fiction in the Age of Fighting Steam 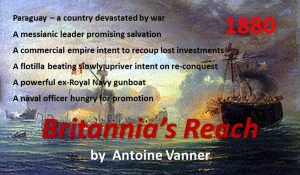