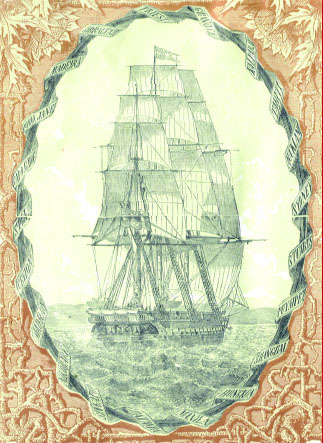 Title page of the official report on the Novara Expedition

The Natural History (Naturhistorisches) museum in Vienna, Austria, is one of the largest – and most impressive – institutions of its type in the world. My wife and I spent two days there in September 2016 and we could have spent an entire week with no less pleasure. As Austria no longer has a sea coast, and as a consequence has no navy, it was a pleasant surprise to see two splendid models of ships of the Austrian navy which had participated in important scientific expeditions in the 19th Century. One involved a circumnavigation by the frigate Novara, from 1857 to 1859.

In this period the  Austrian Empire (not termed Austro-Hungarian until 1867) had a significant coastline on the Adriatic Sea, with Trieste and Fiume as its major commercial ports and Pola as its main naval base. Oceanography was being established as a science – Britain’s Beagle expedition had established the model – and Austro-Hungary was eager to participate in this prestigious endeavour. The impetus for an ambitious expedition came from the Austro-Hungarian Emperor’s younger brother, Arch-Duke Maximillian (1832-67), who had limited naval experience himself. The findings – which would include oceanographic and geomagnetic surveys as well as onshore botany and geology of lands visited – would provide material for what would become the Naturhistorisches Museum and in such volume that some of it is still under examination today. The voyage would be a complete circumnavigation, the first ever by a ship of the Austro-Hungarian Navy. 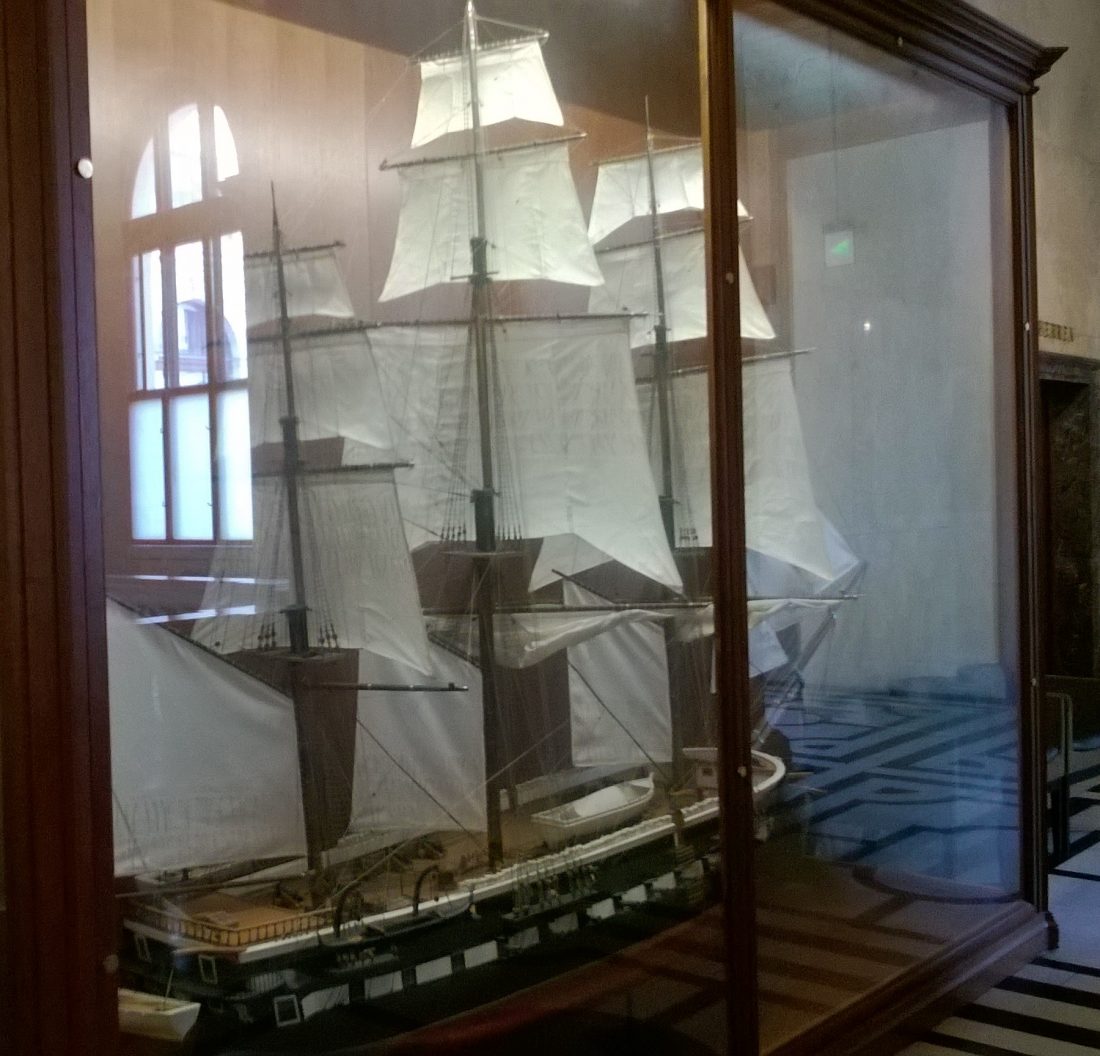 The vessel chosen was the frigate Novara. Built in 1850, this 2615-ton, 250-foot, 34-gun wooden vessel which would not have seemed out of place during the Napoleonic Wars. (She was not to have  a 1200-hp auxiliary steam engine installed until 1862). Setting out in April 1857, she carried a crew of 345, and a team of seven scientists. Over the next two and a quarter years the Novara’s route was to bring her from the Adriatic, via Gibraltar, Rio de Janeiro, Cape Town, Ceylon (Sri Lanka), Madras, the Nicobar Islands, Singapore, Batavia, Manila, Hong Kong and  Shanghai. From there she would sail on into the Pacific, visiting the Caroline and Solomon Islands, moving south to Sydney and on to New Zealand, crossing thereafter to Valparaiso in Chile via Tahiti. She arrived back in Trieste in August 1859. Austria was at war with France and Piedmont at the time but the French Emperor Napoleon III, ordered that the Novara should be given free passage in view of her role in a scientific expedition. Some 26,000 specimens of all types were collected and the final report on the expedition – which was not completed until 1876 – comprised 21 volumes, plus three volumes of illustrations. One arguably negative consequence of the work was identification of the coca plant, which led to isolation of cocaine in 1860.

The Novara was to have an active career thereafter. She carried Arch-Duke Maximillian to Mexico in 1864 for his enthronement there as puppet “Emperor” by the French and at the Battle of Lissa in 1866 (click for separate article on this battle: Part 1 and Part 2 ) she was to lead the second division of Austrian warships, her commander being killed in the encounter. Her final involvement with Maximillian was a sad one, for she was sent to Mexico to bring his body home in 1867 after he had been shot by the government of Benito Juarez.  Admiral Wilhelm von Tegetthoff, victor at Lissa, was in charge of this mission. By then an anachronism as a warship, the Novara was decommissioned in 1876.

The Novara model in the Naturhistorisches Museum is a splendid one, with fascinating details, as the photographs below confirm. 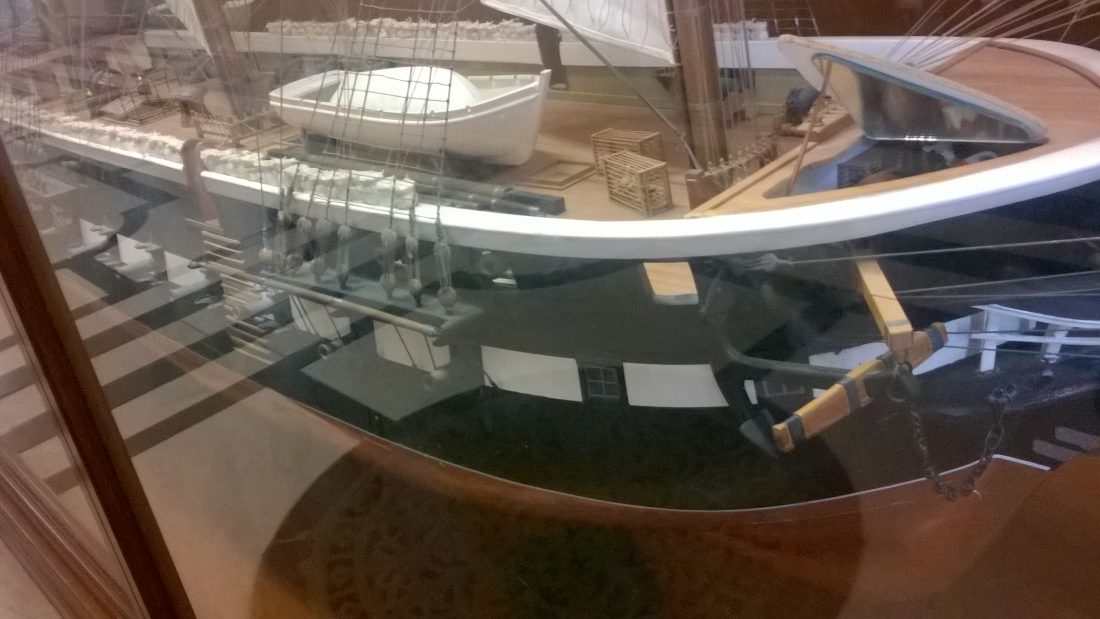 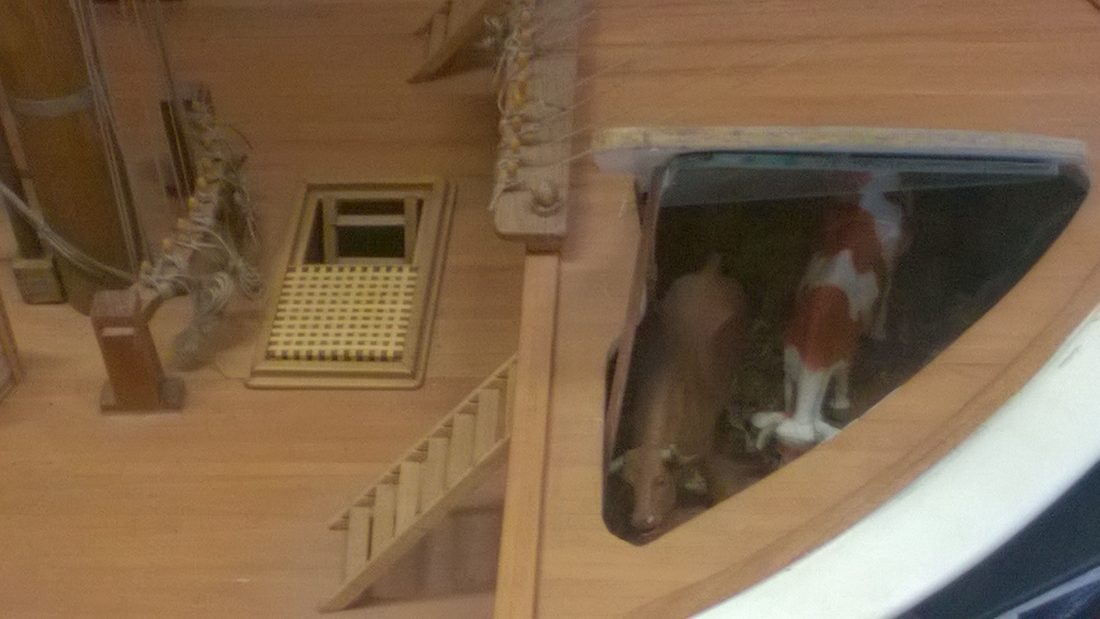 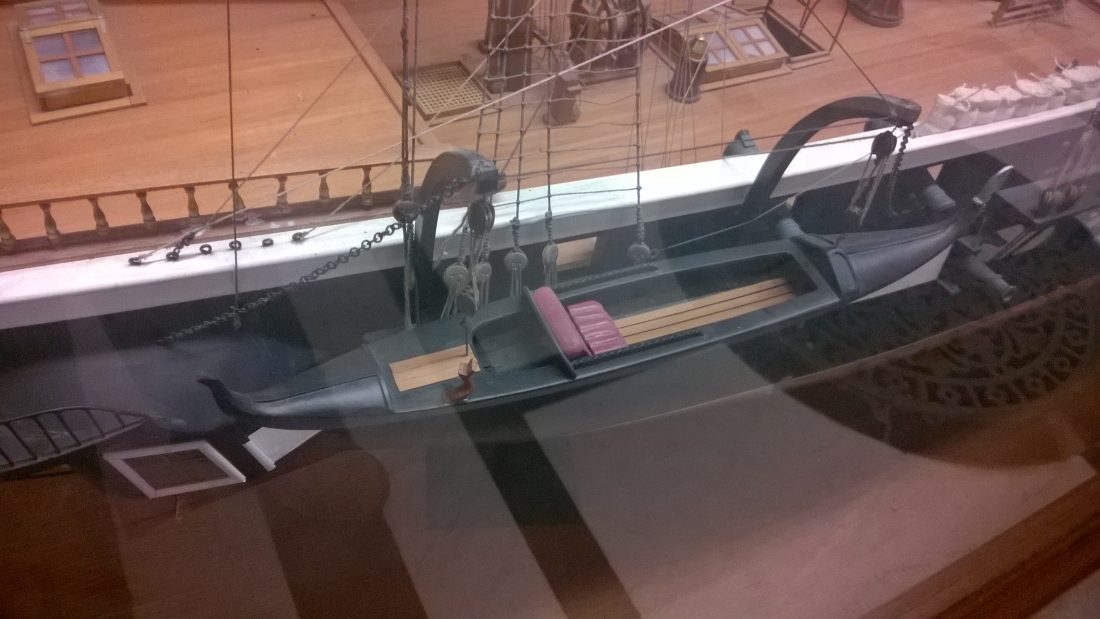 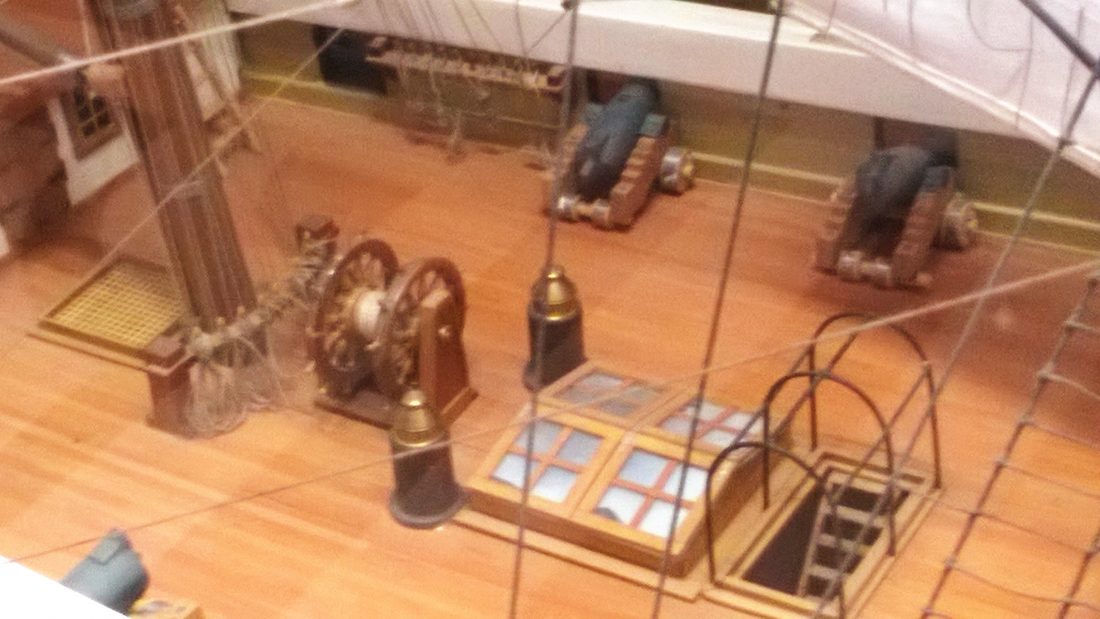 The Austrian Navy plays a very prominent role in Britannia’s Innocent, the chronologically earliest of the 8-volume Dawlish Chronicles series of novels

Typical Review on Amazon, named “The most thoughtful naval adventure series, ever.”